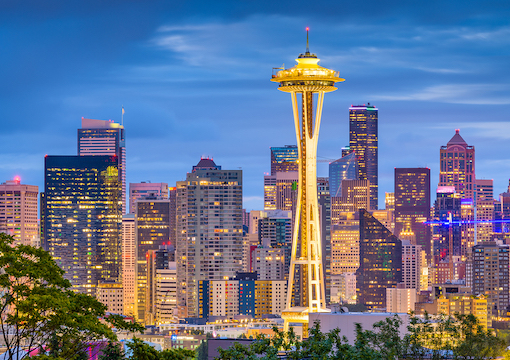 “How long do you think Seattle and those few blocks looks like this?” CNN’s Chris Cuomo asked Seattle’s liberal mayor Jenny Durkan earlier this month. “I don’t know; we could have the summer of love,” came her response.

The comment now seems particularly absurd, given the violence that has plagued the Capital Hill Autonomous Zone (CHAZ). Seattle police Tuesday morning reported the third shooting in the area since Saturday. The victim was in his 30s. There were two shootings over the weekend—one early Saturday that left a 19-year-old man dead and another person critically injured, and one Sunday night that left a 17-year-old wounded.

In response, Durkan said the city would move to dismantle the police-free zone because the violence was distracting from the message of the “peaceful protesters.”

“The cumulative impacts of the gatherings and protests and the nighttime atmosphere and violence has led to increasingly difficult circumstances for our businesses and residents,” Durkan said at a news conference. “The impacts have increased and the safety has decreased.”

CHAZ occupants disagree. According to the New York Post, Seattle police were prevented from responding to the deadly shooting Saturday by “a human chain of protesters”: “A high-ranking police source told The Post that cops were not only blocked from reaching the victims at the scene, but were confronted by armed protesters at Harborview Medical Center and kept from entering.”

“Without the police to enforce law and order, there will be little of it.”

In Seattle, as soon as police evacuated from the station nearly two weeks ago, masked protesters stole city property—barricades, fencing and more—to create makeshift barriers. These barriers became the official border checkpoints in and out of the CHAZ. They were later fortified with additional layers of security: more blockades and 24-hour guards. A large team of volunteers assembled to designate themselves “security” for the CHAZ. Many of them wear patches signaling they’re part of the Puget Sound John Brown Gun Club, a far-left militia-type organization named after the radical abolitionist. Last year, one of the group’s members carried out an armed attack on an Immigration and Customs Enforcement facility in Tacoma, Wash. Police said Willem van Spronsen tried to ignite the 500-gallon propane tank attached to the facility. He was killed by police….

Mainstream media reports have focused on the “block party” atmosphere of the occupation, repeating a talking point from the Seattle mayor. She, along with Gov. Jay Inslee, a fellow Democrat, have gone to great lengths to emphasize the “peaceful” nature of the occupation. For media crews that arrive during the day, that is certainly what they will see. People have barbecues in the street. Many bring their children to make street art. People walk their dogs.

But at night, a whole different side of the CHAZ emerges.

Lacking agreed-upon leadership, those who have naturally risen to the top have done so with force or intimidation. For example, rapper Raz Simone, real name Solomon Simone, patrols the CHAZ on some nights with an armed entourage. Simone, originally from Georgia, has an arrest record for child cruelty and other charges. He usually conducts his patrols carrying a long semi-auto rifle and sidearm. Last weekend, a livestream recorded Simone handing another man a rifle from the trunk of a car.

Seattle police chief Carmen Best has said that rapes, assaults, burglaries, and vandalism have also been reported around the protest area since police abandoned the precinct.

But of course, for without the police to enforce law and order, there will be little of it.

The police were removed “in an effort to proactively de-escalate interactions between protestors and law enforcement outside the East Precinct,” Mayor Durkan said in a statement earlier this month. She added that

we will continue to remain focused on what we can and must do to address the systemic inequities that continue to disproportionately impact our Black residents. Yesterday, we announced a commitment to invest $100 million dollars into community—in addition to existing city programs—and to work with community to create a Black Commission that will help to amplify black voices in City Hall.

What “systemic inequities”? No doubt the race hustlers will be glad to get their hands on that $100 million investment.

The best take on CHAZ belongs to the president. “Radical Left Governor @JayInslee and the Mayor of Seattle are being taunted and played at a level that our great Country has never seen before,” President Trump wrote on Twitter. “Take back your city NOW. If you don’t do it, I will. This is not a game.”

In contrast, Mayor Durkan is quite willing to be manipulated by the mob that occupies CHAZ, a mob that has published a list of demands claiming that

You have only to consider the lawlessness that has characterized CHAZ to imagine what would become of Seattle (or anywhere else, for that matter) without a police department and criminal justice system.

It is unfortunate that CHAZ ever happened to begin with. Plainly it should not have. One wonders whether Mayor Durkan, now that she intends to restore law and order to the region, has learned anything from the experience.