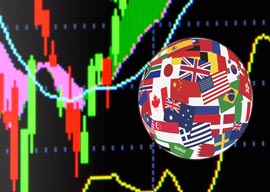 There is no quality more fleeting than modernity and nothing staler than an analysis of a past crisis that was written at the time it was happening. The problem with our present economic crisis is that it has been going on since 2007 (or is it 2006 or 2008, one tends to gets a little muddled in one’s chronology), so that it has become less a crisis than a way of life.

No doubt at some point in this crisis national income per head declined by 5 percent from its peak, but before that it must have risen 5 percent to its peak; and since we did not experience life as intolerably impoverished or miserable before it rose to its peak, why should we have done so when it fell from its peak? If our national income per head in five years” time is 10 percent higher than it is now, we shall not look back on our lives as we live them now and say, “We must have been miserable without that extra ten percent.”

The answer, I suppose, is the same as we give to the person who tries to convince us that death is not to be feared because we shall only return to the oblivion from which we emerged”that having lived changes everything. So it is with economic growth: Having experienced it, it changes everything. Not to be richer is now to be impoverished; therefore, I conclude, it is best not to think about these things.

“A thousand operations that go without incident are less interesting than one performed by a drunken surgeon who amputated the wrong leg or cut out the wrong kidney.”

Unfortunately, it is difficult not to think about them, so deeply ingrained is the habit of informing oneself, however sketchily, about what is going on in the world. Christine Lagarde has never, as far as I know, said anything interesting, but one reads what she says all the same (the IMF would make the apocalypse seem dull). Good news in the media cheers and bad news depresses, but of course the latter always prevails because it is more dramatic and therefore more interesting. A thousand operations that go without incident are less interesting than one performed by a drunken surgeon who amputated the wrong leg or cut out the wrong kidney.

The other day I found a book about the crisis that was published in 2009. Being both boring and secondhand (though signed by the author), it was very cheap, £1.99 to be exact. I hadn”t therefore much to lose by buying it, and I was attracted by a couple of passages that I read in the first few pages, and that seemed to me stimulating of reflection.

The author was an economist who specializes in banking economics. I will not name him because it is not my object to bring anyone into hatred, ridicule, or contempt. The first passage was as follows (the author was speaking of banks):

Traders and senior management were paid outrageously large salaries for taking responsibility for and then losing a great deal of other people’s money. Trust was betrayed.

But that was in the past.

Apparently, then, nous avons changÃ© tout cela, as Sganarelle said with regard to the side of the body in which the human heart and liver resided. Management of banks will henceforth be wise and cautious, the interests of depositors will be always uppermost in the minds of the managers, who will not award themselves enormous salaries and bonuses even if they are able to do so; nor will they ever be deceived again by economic bubbles or froth into making extravagant loans. In short, human nature has changed for the better as a result of the banking crisis. On or about December 1910, said Virginia Woolf, human character changed. She was wrong, it seems, by just less than a century.

However, confidence in the author’s assertion is somewhat undermined by the following:

Like most others I thought that the worst was already behind us by summer 2008. In fact many of the most dramatic events”such as the loss of confidence in the giant US mortgage institutions Fannie Mae and Freddie Mac, the failure of Lehman Brothers and the run on the global banking system that followed, and the massive interventions by central banks and by governments worldwide”took place while I was working on the manuscript.

This at least has the merit of honesty: A man admits to having spent his entire life studying a subject and having missed completely by far the most significant development in it.