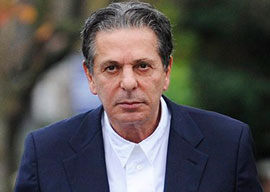 OK, folks. We’ve had enough of Hollande and his rather silly antics, although I do understand the man. Ever younger is not a bad policy, in sport as well as in sexual matters, but it does give off a certain bad smell—it’s called a Saatchi—something real men actually never get caught doing. Seducers have been the whipping boys in books, plays, poems, and in films through time immemorial, starting with Paris of Troy. Someone called it the most “unspeakable type of masculinity”—a bit harsh, I agree, but there are some chaps out there whose only goal is conquest and belt notches. Although highly ridiculous—and it was funny hearing Hollande called ridiculous from another slightly comical figure, that of Sarkozy—a reptilian smoothie Hollande is not. Although Dante put the seducer in the eighth circle of hell, I think the Florentine great does seducers a disservice. Not all seducers are cold, calculating sexual profiteers; some are even nice guys who love women and do not seek their destruction.

“I am willing to face him anytime under no-rules cage fighting, which will be a first for me. I need three days’ notice.”

Take the case of Casanova. He not only admired and respected women; he made their happiness his life’s work. “He undressed them as if they were his superiors,” wrote one of his biographers. If Hollande put on some forty pounds and grew his hair to his shoulders, he could pose as the real Casanova, because Giacomo was no looker. He never ruined a woman and if anything he was a fool for love. Dado Ruspoli, another great seducer but the best-looking man in Rome, treated his numerous mistresses with respect and courtesy, and like another Roman noble, Roffredo Gaetani, he could love deeply. Both Dado and Roffredo were great friends of mine, and I never saw them once throughout the years abuse or speak ill of a woman. (Mind you, they could have been cowardly because they never grabbed a woman by the throat like some heroic types tend to do.)

So am I here to defend seducers and include the clownish Hollande among them? Well, yes and no. Not all great seducers I have known were Errol Flynn-like lookers. A photographer I hung out with in Paris during the 1950s and who recently died, Willy Rizzo, was very short, squinted nonstop, and looked like a defrocked priest, but he outscored some awfully good-looking men friends of his who were far more glamorous and rich. He used to come to the polo—where heartless, philandering Argentine rogues lurked about in their boots and blazers—and get the better of them. Put a man in a polo outfit, or a Wehrmacht uniform for that matter, and the Hollandes and Sarkozys of this world look glam. But Willy won out. My old mentor Porfirio Rubirosa was both good-looking and a great seducer, although he had Negroid features that were always pointed out by men who had come in second best. Rubi was the ultimate charmer, but his charm was authentic, not oily, and women went mad for him, mostly for sexual reasons as he preferred his men friends when talking turkey.