Sense on the Dollar 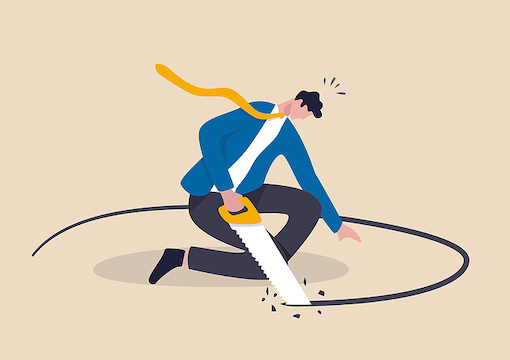 Error, says the psychologist James Reason in his book devoted to this theme, is a large subject. You can say that again! And so is stupidity, at least to judge by the more than 500 closely printed pages of Walter B. Pitkin’s A Short Introduction to the History of Human Stupidity, at the end of which he announces that “We are now ready to begin the history of human stupidity.” As this was written in 1932, it can be inferred that his book was of limited effect on human conduct.

Stupidity in Pitkin’s sense was the tenacious holding of beliefs that are obviously false, but stupidity goes far deeper than that, and indeed very clever and well-informed people can be stupid. As Orwell pointed out, there is a certain kind of stupidity that only intelligent and educated people can exhibit, for to believe certain things patently absurd sometimes requires dialectical ability or skill. There is a certain vogue at present for the teaching of so-called critical thinking, the most likely practical effect of which will be to increase people’s powers of rationalization; which is, to adapt slightly F.H. Bradley’s dictum about metaphysics, the finding of bad reasons for what they want to believe for reasons other than the truth of the belief.

When one surveys the various idiocies pursued by Western governments of late years, one cannot help but marvel at the stupidity of this branch of the human race, without immodestly guaranteeing that one would have done better than the buffoons and poltroons had we been in charge.

“When one surveys the various idiocies pursued by Western governments of late years, one cannot help but marvel at the stupidity of this branch of the human race.”

One of the reasons we could not guarantee this is that a condition of attaining power in modern democracies (other than insensate ambition and inner emptiness) is that those who seek power must promise six impossible things before breakfast to their credulous electorates. They must promise to square the circle, to part the Red Sea, to turn back the waves, to reconcile the irreconcilable. Afterward, they are trapped by their own rhetoric. When the circle refuses to be squared, the person who promised it becomes a figure of hate, ridicule, or contempt. It goes without saying that no electorate ever blames itself, any more than any fly blames itself for being a nuisance.

The competition for power makes Après nous, le déluge, the belief that we shall not live to see the disastrous consequences of our irresponsible behavior, not merely a bon mot, but the whole basis of policy. For many years, the policy of several Western governments has been, by various subterfuges, to live beyond their means, to spread largesse they do not have, to put off the reckoning to another day, to deceive the electorate into thinking that what cannot continue will nevertheless continue, and moreover continue forever. No doubt it is economically primitive of me (by comparison, say, with the new monetary theorists), but I believe that the greatest economist who ever lived, or at least lived in a certain sense, was Mr. Micawber:

Of course, I can see all the objections to this. Where the value of a currency is manipulated, almost always downward, by governments, it makes sense, if the downward movement is swift enough and interest rates are lower than the rate of that movement, to spend all you earn or even more, and pay back loans of good (or at least better) money with bad (or worse) money; and borrowing, besides, can be for investment as well as for maintaining a living standard higher than that paid for by one’s income. But much of what governments claim to be investment, which has a connotation of economic return, is often nothing of the kind; it is simply support for an unearned standard of living.

It is often claimed that, contrary to what Mr. Micawber might have guessed, the expansion of the money supply combined with low interest rates did not result in inflation, and therefore his great dictum was based upon a fundamental misapprehension. It is true that, in a sense, there was little or no inflation (it was even deflation that we feared, in a world as alien to us now as 400 B.C., though it was but a few short years ago). Prices of food and consumer goods did not increase very much, though this in large part was because, so long as a mystical faith in our currencies persisted, we could import what we needed cheaply, so that bread riots were kept at bay.

But inflation nevertheless there was = in the price of assets. This had the effect of dividing society even further into those who already possessed such assets and those who did not and who as a result of this had very little hope of ever acquiring any. This also caused a generational divide, except for those children whose parents could buy houses for them and thus spare them the painful necessity of spending half their income on rent.

The need for governments to borrow at low interest was largely attributable to the enormous obligations they had undertaken, not least among them social security, and the provision of health care and unfunded pensions. The quid pro quo for the rise in asset prices to the advantage of the possessing classes was the maintenance of the absolute standard of living, more or less, of the non-possessing classes, thanks to cheap importation. What was claimed as an egalitarian policy was actually precisely the opposite.

Having cited Mr. Micawber, let me now cite Gertrude, in her description of Ophelia’s sad death. Ophelia fell into the brook:

Her clothes spread wide
And mermaid-like, awhile they bore her up;
Which time she chanted snatches of old tunes,
As one incapable of her own distress….
But long it could not be
Till that her garments, heavy with their drink,
Pulled the poor wretch from her melodious lay
To muddy death.

That seems to me a fair, if summary and metaphorical, description of the situation that more than one country is now in, thanks to the serial imprudence of its leaders, ably assisted by a population only too willing (and encouraged) to believe six impossible things before breakfast.