She Gave Her Best 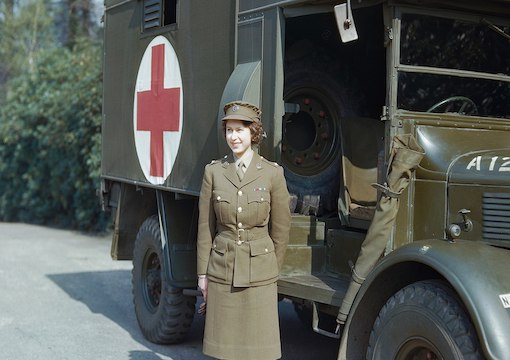 Elizabeth Alexandra Mary of the House of Windsor was never supposed to have been Queen of Great Britain. Her uncle David, who had taken the name Edward for his reign, was very popular and would, no doubt and in due course, have children of his own. But Edward VIII had met an American divorcée who, for various reasons, was not popular and, in due course, he abdicated. This meant Elizabeth’s father, the former King’s brother, would ascend the throne as George VI. She was now heir apparent and her world and the world in general were about to change forever.

Princess Elizabeth was 13 years old when the Second World War started in Europe. She and her younger sister Margaret Rose were happy children until the bombing of London began. Her father the King was advised to leave the capital of the British Empire and take his family to safety in Canada. He refused. Instead, he told his wife, Elizabeth, a daughter of the 14th Earl of Strathmore and Kinghorne, to take the children to Ottawa. She refused. So “we four” all stayed together and faced a most uncertain future. Elizabeth joined the Army at 18 years of age and worked as a truck mechanic. Many years later she met her fellow female soldiers at a garden party at Buckingham Palace and exchanged old memories as soldiers always do.

After victory against tyranny in France, in Burma, and in Italy, it was ironic that Britain was in bad shape in 1945. Food and fuel rationing was extended and people were economically and psychologically exhausted. However, Princess Elizabeth’s wedding to young naval officer Philip Mountbatten in 1947 was a happy respite from the dreariness of the postwar years; so much so that a movie, Royal Wedding, was produced by MGM Studios. Marriage brought children and a naval posting in Malta, which the Princess truly loved. But then, in 1952, George VI died of lung cancer and the “new Elizabethan Age” began.

“One of her titles was ‘Defender of the Faith,’ and none can say she didn’t keep the faith.”

Things were already unraveling with the Empire; India, Pakistan, Burma, and Ceylon were now independent. America—Britain’s great ally—made it quite clear that it would not support an attempt to forestall the Empire’s demise. The new Queen’s first prime minister, Winston Churchill, bitterly resented this, but it was his successor Anthony Eden who tried to roll back time with the Suez invasion. The Queen advised against it and was ignored. It was a disaster; America condemned it, India threatened to leave the Commonwealth, the United Nations branded Britain an aggressor. And it must be remembered that this was a time when the U.N. was regarded as the great savior of humankind, long before it was seen to be what indeed it always was—a meaningless debating society composed of tired diplomats anticipating their next cocktail party.

After Suez, nothing was the same, and the Queen knew it. She tried to hold the Empire together by several royal tours of the colonies, but after the Gold Coast (Ghana) gained independence in 1957, the future was obvious. It was the Commonwealth of Nations, not the Empire, that would enhance Britain’s stature in the world.

As the decade progressed something happened that propelled the Queen’s realm to a totally unexpected prominence in modern society: popular culture.

The music was first, and then fashion. Tom Jones, followed by the Beatles, the Rolling Stones, the Dave Clark Five, Lulu, Petula Clark, Herman’s Hermits—they appeared literally on a weekly basis into the English speaking world’s living rooms. To have lived in that period was to be aware of a global phenomenon. Actors also: Sean Connery in the James Bond franchise, Michael Caine in any script he read, Stanley Baker, Peter Ustinov, Richard Burton and Julie Andrews on Broadway in Camelot, Peter Sellers; it was as if all this talent had been stored somewhere in a dusty trunk waiting to be opened. But once opened, it solidified Britain’s place in the modern world.

Her Majesty tried to keep up, knighting Stephen Hawking and awarding the Beatles the Member of the British Empire medal. She met everyone: Marilyn Monroe, Elizabeth Taylor, Angelina Jolie, and thousands of subjects and citizens of other nations. It was her daily duty.

Meanwhile, the planet spun—the Nigerian-Biafran war, the Rhodesian crisis, the coal strikes, and, of course, Ireland. Always Ireland. It must have saddened her deeply. There was one victory and one defeat in the 1980s. The victory was the Falklands War, the defeat was named Diana; a person one courtier said was the greatest threat to the monarchy since Oliver Cromwell. For years after her death, officials viewed her sons with concern lest her mental instability manifest itself in the boys. All seemed well until last year, when TV cameras arrived at a patio in California.

But the monarchy under Queen Elizabeth II changed, she knew it had to. The challenge was to change at a steady and thoughtful pace. The Queen fought Prime Minister Tony Blair when he attempted to abolish the office of Lord Chancellor. She won. But she could not prevent the establishment of a Supreme Court of the United Kingdom, which is seeking to inject itself in the constitutional prerogatives of Parliament and the Monarch.

Brexit, of course, has been the greatest change in Britain for fifty years. However, despite the reporting of The New York Times, it has not led to mass privation and social unrest, and the Queen throughout the process loved her subjects and her family—the latter perhaps too much.

And when news of her passing was announced, there were tears in London and Cardiff and Aberdeen, but also in Cape Town, and Singapore, and Nassau. One of her titles was “Defender of the Faith,” and none can say she didn’t keep the faith. In fact, as Mick Jagger—Sir Michael Jagger—once said, “She’s the only woman who never let me down.”