Show Us the Way, Rich Liberals! 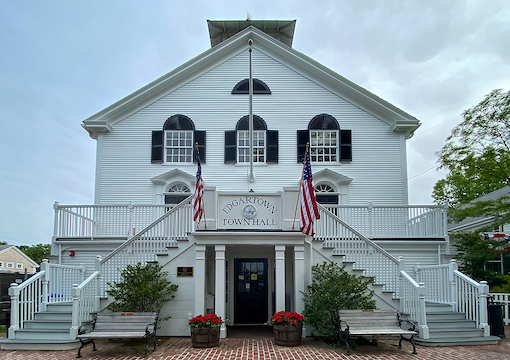 WE LOVE YOU, YOU’VE ENRICHED OUR LIVES, NOW GET THE F–K OUT OF HERE.

Unlike angry, white MAGA voters upset about their towns being flooded with illegals, Vineyard residents would LOVE to be sort of a — what’s the word? — “sanctuary” for illegals. Really, they would. But that won’t be possible.

“Two of every four Somali-Minnesotans intercepted at New York’s JFK airport on route to an ISIS training camp had used federal financial-aid funds to pay for their travel.”

As Lisa Belcastro, manager of the Vineyard’s homeless shelter, succinctly put it: “We are definitely supplying them with a lot of love … They need to be off island.” The illegals “need” to hustle off because “Their immigration appointments are not here.” (Are their appointments in the Trump-supporting working-class town they were bussed to?)

In any event, GREAT NEWS, LISA! Nearly half of released illegals don’t appear for their hearings anyway. And guess what? There are absolutely no consequences. (A dozen anti-American websites claim that vast, gigantic numbers of illegals show up for their hearings, but they’re counting illegals who are being held in detention.)

On NPR, Vineyard radio host Eve Zuckoff also began with a testimonial about how “the community rallied”! But unfortunately, “there isn’t the infrastructure.” What do these great humanitarians imagine dirt-poor towns in south Texas have in terms of “infrastructure”?

Every single objection Vineyard residents have raised against the illegals being allowed to stay is precisely what ordinary Americans — not privileged enough to live in Martha’s Vineyard — have been screaming from the rooftops for 30 years. Those 50 illegals represent less than a millionth of the “enrichment” that’s already been foisted on the rest of America. (They’re 1/100,000th of the illegals admitted just under Biden.)

Vastly poorer towns have been forced to turn nearly their entire annual budgets over to feeding, housing, educating — and incarcerating — great heaping portions of third-worlders, while douchebags in places like Martha’s Vineyard (88% white; 3.7% black and 1.7% Hispanic) preen about their higher morality.

For 20 years, hospitals on the Mexican border have been spending hundreds of millions of dollars a year caring for illegals — some of whom are driven directly to American hospitals by Mexican ambulances. I have nine kids all with an ailment that they call diseaso expensivo back in Xochitl. And I heard something about free cable?

In 2002, a small community hospital in Arizona serving the Tohono O’odham Nation alone was spending $1.5 million a year treating illegals.

With some border hospitals devoting two-thirds of their entire operating budgets to illegals, forcing them to reduce staff, increase rates and cut back services, how about Martha’s Vineyard pony up a little of its budget on their beloved illegals?

Nah, they’ll just pat themselves on the back for proclaiming the island a “sanctuary city” before teeing off at the Mink Meadows Golf Club. Why? Because they’re better than you.

In case ordinary Americans weren’t enraged enough about bossy illegals and the hypocritical elites who enable them, the 50 Venezuelans sent to the Vineyard are suing Gov. DeSantis for the indignity of being flown to a wealthy resort town. (Maybe the media shouldn’t have spent the last week raving about how fabulously the illegals were being treated in the Vineyard — at least until they had to get the hell out.)

The Venezuelans are demanding $75,000 per illegal, which should go over well with Americans living on $40,000 a year, already taxed to support the tens of millions of poverty-stricken third-worlders living in our country.

But my gosh, the Venezuelans assimilated to America quickly! They break into our country and, Week One: Oy, my back! My back!

Similarly, the 100,000 Somalis in Minnesota assimilated with amazing speed to scamming our welfare system. The land of Walter Mondale and “The Mary Tyler Moore Show” is now the land of 100,000 Somalis, helpfully moved there by our State department beginning in the 1990s. In short order, clean, high-trust, homogeneous Minnesota became a hotbed of crime, terrorism and welfare fraud.

But surely this is small price to pay to rescue our fellow human beings from the horrors of Somalia! What’s that? You say the “refugees” are vacationing in Somalia? Help! Help! Get me out of here! Also, I’ll be needing a government check to fund my trip back to Somalia every winter.

Yes, these desperate “refugees” are cheerfully visiting friends and relatives in the country where they allegedly fear for their very lives! We only found out they were vacationing in Somalia because they asked for a break on their government-subsidized rent while they were away. (Request approved!)

Of course, they weren’t all going back to Somalia. Some were going to Syria to fight for the Islamic State. A 2015 House Homeland Security Committee report found that Minnesota contributed the most foreign fighters to ISIS of any state. Two of every four Somali-Minnesotans intercepted at New York’s JFK airport on route to an ISIS training camp had used federal financial-aid funds to pay for their travel.

This week, the Daily Mail