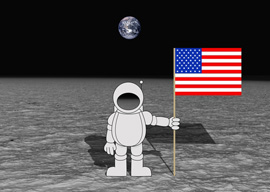 Back on July 19th I wrote about taking the family shotgun apart. Curious readers have been emailing to ask if I ever succeeded in getting the thing back together.

Yes! The reassembled mechanism”load, fire, eject”works fine with shotted dummy shells. Whether it will work with live rounds, I’ll find out this Saturday when I go to the range.

However, as sometimes disconcertingly happens when you take something apart then put it together again, there’s a part left over. It’s possible that this is some item unrelated to the gun, but I don’t think that’s likely.

So if any reader can tell me where this piece fits in a Mossberg 500, please let me know by email to the address on my home page“preferably before I blow half my face off at the range on Saturday.

Notice the three-week gap between that July 19th piece and this one. Taking a shotgun to pieces and putting it together again isn’t that big of a deal: a few dozen parts, some basic tools, cleaning and lubricating materials. I don’t have a day job, the wife’s out to work, and the kids (19, 17) are self-maintaining. What took me so long?

I have offered the opinion elsewhere that the saddest true thing ever said is: “Si jeunesse savait, si vieillesse pouvait.” The bloke who said it was Henri Estienne (1531-98). It translates as: “If youth only knew, if age only could.” Which is to say: When you’re young you are up for anything but don’t know squat; when you’re old you know it all but can’t be bothered.

“When you’re young you are up for anything but don’t know squat; when you’re old you know it all but can’t be bothered.”

Having now the biblically allotted span in plain sight, I can testify to M. Estienne’s wisdom. You slow down, and looking back on your life, you find yourself wondering how on Earth you found the time and energy to do some of the things you did.

The Theory of Special Relativity predicts something called the Lorentz Contraction. If you accelerate away from me, as you approach closer and closer to the cosmic speed limit I see the clocks and all the physical processes on your starship slow down. If you could actually attain light speed, it would seem to me that everything aboard your ship had stopped.

Aging is a lot like that. You don’t necessarily perceive much change in yourself, but by the external world’s standards, all your onboard clocks are slowing. Less and less gets done. There are, to be sure, those who try to buck the trend; but they’re like starship passengers trying to defy the Lorentz Contraction by moving around faster. You can’t fight nature.

As with persons, so with civilizations. Western civilization, plainly now in terminal decline, is finding it harder and harder to do anything and is looking back wistfully like a geezer on the accomplishments of its youth.

This came to mind as I was watching the feed from JPL Mission Control on Monday. It was thrilling to see the engineers’ reactions as their subcompact-sized rover touched down on Mars. The event was hardly epochal, though. We first soft-landed equipment on Mars in 1976. The Apollo lunar module we landed on the moon 43 years ago was way bigger than the Curiosity rover, and unlike the rover it had to take off and return.