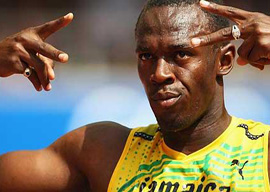 So the miracle has happened. A generation has been inspired and millions of children have been driven away from their televisions and handheld devices and have gone out on the track, running, jumping, throwing. Faster, higher, stronger. Thank you, Olympic Games, and see you down in Rio.

And now back to reality. Yes, for once the Brits got it right and proved the gloom gluttons wrong. No, the rains did not come, just a few sprinkles. Yes, Uncle Sam came first in the medal count, and no, the Chinese were not caught doping because they used clones rather than real people. (At least they acted like genetically cloned humans, or perhaps it’s just me.)

Oh yes, I almost forgot. And thank you NBC, a network so used to lying about politics, it produced breathless fake suspense time and again, as its commentators used hyperbolic commentary despite knowing the outcome of the various events on which they were reporting. NBC, CBS, and ABC are old hands at this. They learned long ago to ignore, say, Rand Paul, and gush over, say, Bill Clinton or Barack Obama. The Olympics were a slam-dunk after politics.

“If ever there was an athlete who did not respect his opponents it was Ali. He humiliated them, insulted them, and turned boxing into a circus.”

But let’s be serious for a moment. Doping is the large elephant in the Olympic living room that somehow is totally ignored by the professional cheerleaders who report the games. In Barcelona in 1992 we were astonished at the Chinese women’s swimming performance. Big-shouldered and unsmiling, they powered through the water on their way to medals. Their coach had performed similar “miracles” while in charge of the East German swimmers during the previous decade.

Twenty years on, 16-year-old Ye Shiwen beats the time of the male World Record holder and passes the urine test immediately following. Is it a miracle, or is it that the masking agents the Chinese use are far superior to the IOC’s detection methods? I am of the latter opinion. If this sounds like sour grapes, it’s only because I”m old enough to have attended the Olympics when dope was something musicians smoked in downtown Greenwich Village dives. Anyway, immediate urine and blood tests mean little nowadays. Just look at the great Lance Armstrong.

My uncle, a hurdler, ran in the Los Angeles 1932 Olympics and carried the flag into the Berlin stadium in 1936. My father was on the Greek relay team. They both said that the nerve-racking part was the entrance”we always go in first as well we should, having invented the bloody games back in 776 BC“as all athletes back then were required to march like soldiers, in step and looking sharp.

Watching the motley way athletes marched in on the opening-night parade had me reaching for the sick bag. Mind you, it’s a sign of the times: lack of respect, clowning around, and using the F-word, as Katerina Thanou, a Greek silver medal winner in the 100-meter dash in Sydney, did once she stood at the podium. (She was expelled for drug use in 2004 in the Athens Games.)