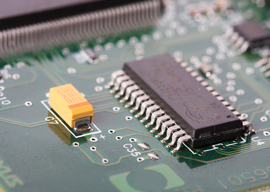 With Silicon Valley back on top of the world, it’s time to point out a bit of unwelcome history.

There are two competing narratives about the technology hub’s origins:

What has almost never been pointed out is that the two rivals for the title of Father of Silicon Valley, Shockley and Terman, have common roots in early 20th century Palo Alto’s scientific and ideological consensus, a now extremely unfashionable worldview that has been driven underground but remains fundamental to how Silicon Valley actually succeeds in the 21st century.

William Shockley (1910-1989) grew up in Palo Alto, where his mother graduated from Stanford. During WWII, he was in charge of training Army Air Corps crews to use radar to find German bombing targets. After the war, Shockley worked at Bell Labs on a replacement for the glass vacuum tubes Lee de Forest perfected in Palo Alto 100 years ago.

Peeved when his name wasn”t included on the patent application for the 1947 invention of the transistor by his Bell Labs underlings John Bardeen and Walter Brattain, Shockley holed up in a hotel room and devised a new kind of transistor that would be easier to manufacture. Together, the three won the 1956 Nobel Prize in Physics. (Bardeen came home from the medal ceremony in Stockholm and set to work on a wholly new idea that won him a still-unique second Physics Nobel. There were giants in those days.)

“The worldview that Palo Alto’s early 20th-century IQ testers and eugenicists developed explains part of the basis for the American economy’s most productive sector in the 21st century.”

When Shockley decided in 1956 to set up his own R&D lab to commercialize silicon semiconductors, Stanford provost Terman encouraged him to return to his native region where he could be near his widowed mother. With Terman’s help, Shockley hired eight brilliant young assistants. They soon rebelled against Shockley’s obstreperous management style and quit Shockley Semiconductor. The “Traitorous Eight””notably Intel’s Robert Noyce (“The Mayor of Silicon Valley“) and Gordon Moore (“Moore’s Law“)”went on to found most of Silicon Valley’s major chip companies.

Shockley then became a Stanford professor under Terman. At Stanford, he made himself one of America’s most hated men by pointing out the difference in average IQ between whites and blacks, noting the evidence for substantial heritability of intelligence and suggesting government subsidies to encourage less intelligent people to forgo reproducing.

Shockley was the first to put the “silicon” in Silicon Valley (a term coined in 1971), but before him had come Fred Terman (1900-1982). In Valley lore, Terman is best known as the avuncular academic who mentored his old students William Hewlett and David Packard in 1938 as they founded HP in a Palo Alto garage to make oscilloscopes. In 1951, Terman had the university create the Stanford Industrial Park and rent it out to tech companies, forming the core of Silicon Valley. He encouraged his grad students to start companies and hire Stanford professors as consultants, establishing the tech entrepreneurship template.

But that was more Terman’s cover story. During WWII, while Shockley was training bomber crews to use radar against Germany, Terman headed the 800-man lab at Harvard that figured out how bombers could jam German air-defense radar. When he returned to Stanford, he became one of the great Cold Warriors, the central figure in Northern California’s military-industrial-intelligence-education complex. Terman’s covert “Microwave Valley“ provided the electronic intelligence equipment on the U2 spy planes that flew over the Soviet Union and on the spy satellites that succeeded them.