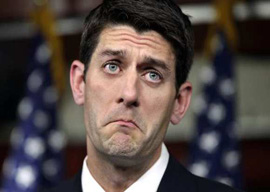 Stopped in at my local office-supplies megastore for some printer ink cartridges. Total expenditure: $47.78. Total length of printed receipt: 341/2 inches”nearly a yard.

Most of that yard was a Rebate Redemption Form. Had I taken the trouble to fill it out, I would have received a time- and SKU-limited $10 gift card. I could have walleted that card with my Rewards Card from the same megastore, my Preferred Customer Card from the local home-improvement outlet, my Health and Savings Card from the local pharmacy, my Sears “Shop Your Way” Rewards Card, and a couple other tokens of my certified specialness as an enthusiastic consumer…though in proper due diligence I should first have read the eight inches”around 300 words”of Terms and Conditions at the foot of my receipt.

I have foregone my gift card. I know too well that if I’d invested the time and effort into signing up for it, the thing would have sat forgotten in my wallet until past its expiration date. It’s nice of the store to favor me with their bounty, but more and more I long for simple transactions: I’ll hand over money, you hand over stuff.

“I can’t think of anything I’d rather do in my declining years than engage in a protracted battle of wits against spreadsheet-toting MBAs on their own turf over my health insurance.”

Having torn off and tossed the bottom 25 inches of that receipt (I need the top part to claim as a business expense; clutter-reduction has its limits), I am in theory poorer by ten dollars, or ten dollars’ worth of the relevant SKU codes, but I don’t care. If you want to boil the thing down to behavioral economics, I’ve paid ten dollars for a little simplicity in my life.

From thence to US Representative Paul Ryan and the House Republican’s budget plan. To quote from America’s leading magazine of conservative opinion:

People over 55 have spent their working lives in the expectation that the government would fund Medicare at a certain level, and Ryan would keep that implicit promise. People under that age would get a new deal. When they retire, they would be allowed to choose among health-care plans, with the government pitching in to help them make their premiums.

Concerning which, Steve Sailer has articulated some thoughts I recall having in less-finished form when George W. Bush attempted to reform Social Security back in 2005. Steve:

I can’t think of anything I’d rather do in my declining years than engage in a protracted battle of wits against spreadsheet-toting MBAs on their own turf over my health insurance.

There are two yes-no questions here, and they’re orthogonal (i.e., YY, YN, NY, and NN are all possible answers):

1.  Is Ryan-style privatization of Medicare a good idea?

2.  Is Ryan-style privatization of Medicare a vote-winner?