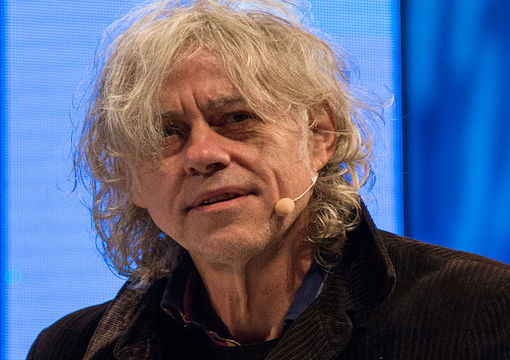 GSTAAD—I experienced my first Zoom conference last week, and didn’t think much of it. As the great Yogi Berra once remarked, “You can observe a lot just by watching,” but in my case I observed very little and heard quite a lot. I suppose one day in the future every meeting will be Zoom-style, but I bet my bottom dollar they’ll never be as preposterous as was the annual Pugs Club get-together.

As everyone knows, Pugs is the world’s most exclusive club, by a long shot. Pugs had 21 members at one point, but we lost Christopher Lee, and then our president Nick Scott and our commodore Tim Hoare. Pugs has neither a purpose nor a motto, and was an invention of Nick Scott’s while recuperating from a massive hangover on my boat off a Greek island fifteen years ago. Members include a maharaja, a couple of royal princes, some German nobles, a major Greek shipowner, a few American billionaires based in Europe, Sir Bob Geldof, Roger Taylor, yours truly, and a Harbor Island-born native whose weight zooms up and down by the name of Arki. The Zoom meeting was called by the secretary-general/treasurer responsible for the club’s finances, Sir Bob, who opened the meeting by reprimanding members on general principles, then demanded payment from them for dues not due, and fended off criticism by some members that he has never paid his own. As he put it: “And I never will, so go and f— yourselves.”

This set a pattern, Sir Bob being rude to members who dared interrupt him, while he proposed that old men (me) be expelled, Germans (Furstenberg, Bismarck, Sachs) made to pay triple because of the war, and the Maharaja (Jodhpur) quadruple because of Armitsar. Furthermore he declared that the four Greek members should renounce our citizenship and apply for Turkish papers (in order to keep the Aegean peaceful while he scrounges for a cruise). He also asked that Mark Getty return to America and finance further BLM protests, and for Roger Taylor to send his 62-crew sailing boat to Liberia to be used as a hospital ship for Ebola victims.

“When someone proposed we meet at White’s, Geldof called him a racist and suggested we reunite at Brown’s hotel.”

Sir Bob’s demands and the manner in which he conducted the annual meeting were, to say the least, unconventional and not up to usual St. James’s Club standards. This was so because the only other club Sir Bob is a member of is the Kit Kat Club in downtown Bangui’s red-light district in the Central African Republic. Jean Bédel-Bokassa, the first and last emperor of the Central African Republic, proposed Sir Bob as member to the Kit Kat, and after a tight vote among the whores and their clients he was elected. Just.

Finally, after the Fidel Castro-like length of Sir Bob’s remarks, the voting for a new president and commodore took place. It was over in milliseconds. Crown Prince Pavlos of Greece was unanimously elected president, and Roger Taylor of Queen commodore. Pavlos is as good a person as there is, and the Greeks would do well to give him back his throne, but as Geldof said, “Who wants to be king of Greece when they can be president of Pugs?” As the meeting was taking place in Gunnerside, Bob Miller’s little Scottish shoot, word got out that Bob’s son-in-law had been elected and thousands of Scots surrounded the place, cheering. They only stopped when Bob Geldof came out on the balcony to wave, a deadly silence descending like the cold hand of death.

Never mind. The only resolution taken except for the voting was that we meet again just before Christmas in London, in order to decide where the next regatta takes place in the summer. When someone proposed we meet at White’s, Geldof called him a racist and suggested we reunite at Brown’s hotel. After that I tuned out and turned off the Zoom. It had been too much, like attending a trade union conference with Fidel Castro or Nicolae Ceausescu presiding. Every Pug loves Geldof, who wears a sailor suit during the regattas and looks like a wolf in ship’s clothing. But his idea of an unnatural act is to reach for the bill—he claims his assets are frozen in Alaska—and he’s known to suffer from premature evacuation syndrome at hifalutin parties. When first introduced to Prince Pavlos and Prince Nikolaos of Greece when they joined Pugs, he looked them up and down—they’re both over six feet—and declared that we should beware of Greeks wearing lifts.

But as I said—and for the first time I’ll be serious—he is the heart and soul of Pugs, and his Marc Antony-like funeral oration after Nick Scott’s death remains a classic. You can take all the phony sincerity in him and place it in the navel of a firefly and still have room for a dozen anti-Taki insults. He once asked me if I was born stupid or did I take lessons? I answered with a question, whether his parents had any children that lived? Actually we love each other.