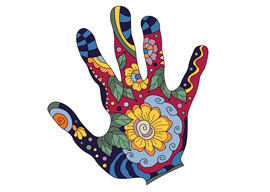 One stumbles across such interesting things on the Internet. For example, while browsing the Guardian newspaper’s website today I alighted on a short video by the Slovenian philosopher Slavoj Å½iÅ¾ek on the nature of true freedom. I knew that Å½iÅ¾ek was very famous”one knows these days that people are famous without necessarily knowing what they are famous for“and so I decided to take a chance and watch. After all, 4 minutes and 46 seconds is a short time to learn what true freedom is, as against the false type with which we have lived all these years.

I was immediately enamored with Å½iÅ¾ek and felt a warmth towards him. If he did not exist it would be necessary to invent him. He is deliciously, archetypally intellectual; he incarnates the satirist’s idea of what an intellectual should be. His Central European accent is perfect: it would be impossible to say anything in it that was superficial. He understands the workings of the universe so well that he has no time or energy left over to look other than a mess. His black T-shirt (which covers his capacious trunk, the bulk of which indicates that if he is opposed to the consumer society on ideological grounds he is nevertheless no ascetic) bears the deeply meaningful message: I WOULD PREFER NOT TO. This is almost as good as the graffito I pass on the road to NÃ®mes from my house in France. It consists of a single word, Non. You can”t get more profound (or more succinct) than that.

Professor Å½iÅ¾ek”yes, he is a professor at several universities at once, which proves that the world is either not as unjust as he thinks it, or perhaps a lot more unjust than he thinks it”is wonderfully emphatic in what he says. He somehow manages to maintain the emphasis of his every utterance like a reader of the weather forecast on television; only he is speaking of the future of the world, rather than of the weather tomorrow. As for his gesticulations, they are like underlinings in a text.

“To be able to glide through life in the knowledge that one is bogus is a great achievement, far greater than that of the majority of genuinely earnest people.”

So what is true freedom, unlike the false variety that I enjoy, or rather mistakenly thought that I enjoyed? Professor Å½iÅ¾ek tells us, in a rather roundabout way, that our freedom is circumscribed by our circumstances. I can”t say that this came as a great surprise to me, since I cannot imagine what it would be like to have no circumstances at all, or to exist free of any situation whatever.

Having made brief reference to WikiLeaks, which revealed to him how unfree we are, Professor Å½iÅ¾ek then tells us that, in his conception, true freedom is love, by which he means the exclusive love of one other person, for whom one sacrifices one’s freedom to love”or at least to have an affair with”someone else. I am not sure, nor does Professor Å½iÅ¾ek quite explain, how the WikiLeaks revelations demonstrate that we are any less free to love than we were before, or indeed what exactly the connection is between love and true freedom. Is it a sufficient condition of true freedom, or merely a necessary one? Are the two, indeed, identical?

Professor Å½iÅ¾ek brought to my mind something that at first I could not put into words (a phenomenon that is of some philosophical significance, I suspect, for it shows that thought can precede the words in which we express it). But then, in a eureka moment, I realized what it was: Professor Å½iÅ¾ek reminded me, even physically, of the Californian fake gurus that I had met at the Kumbh Mela, a Hindu festival that comes every twelve years to Allahabad, when the Ganges there turns, all appearances to the contrary notwithstanding, into ambrosia that washes away sins.

I want to avoid all misunderstanding: this is no condemnation of Professor Å½iÅ¾ek; on the contrary. The Kumbh Mela is easily the most wonderful human gathering in the world, where tens of millions of people converge more peaceably than, say, eight men in a British pub could ever manage. It is a gathering of the most perfect tolerance, where no one is in the least disturbed by the charlatanry (and obvious prosperity) of the Californian gurus, with their solid gold knuckle-duster rings and sexual acolytes. They do no harm, and Hinduism is in any case not a doctrinal religion; indeed, whenever I have finished reading books about it I am not much better able than I was before, and certainly not for very long, to say what Hinduism is. I suspect that many readers have a similar experience after they read Å½iÅ¾ek.

In any case, I am not against charlatans; I even admire them if they are amiable, as of course the vast majority of them are (an unamiable charlatan is almost an oxymoron). To be able to glide through life in the knowledge that one is bogus is a great achievement, far greater than that of the majority of genuinely earnest people. If the world, including academia, were to be purged of its charlatans, how dull life would be!