Smashing Through the Glass Coffin 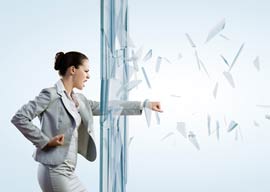 When it comes to sexual equity in the workplace, the biggest “gender gap” of all is the fact that men suffer around 92% of all job-related fatalities.

According to Bureau of Labor statistics from 1992-2014, women laborers accounted for 43% of total hours worked, yet they suffered a scant 8% of workplace fatalities. In what world could this possibly be considered respectful of women’s endless quest for equality?

We still hear about the “wage gap” almost daily, and even though it’s a myth, we should still marshal our resources to rectify this imaginary injustice. Yet no one is willing to stand tall and address the fact that selfish men are robbing female workers of the right to die on the job at a ridiculously unfair rate of almost thirteen to one.

This disgracefully unjust pattern persists all over the world”in Australia, Taiwan, the United Kingdom, and even Canada, a nation so uniquely fixated on social justice at all costs, it’ll eventually bankrupt them.

The sad, inequitable truth is that when it comes to jobs that actually kill you”noble working-class professions such as logging, fishing, roofing, mining, truck driving, and toiling away on electrical power lines”men unfairly comprise more than 90% of the workers in each profession. Conversely, women dominate some of the safest jobs”things such as administrative support, education, and library work”by a factor of around three to one.

It is shameful and horrifying and totally problematic and completely unacceptable that gender activists have failed to address this gaping inequality. It’s almost as if the patriarchy intentionally denies women the natural privilege of dying while working.

Women have been making strides toward equality in every aspect of the American workplace except for the jobs that actually kill you. The ladies simply aren”t dying on the job nearly as frequently as men do, and this savage inequity needs to be addressed. It behooves us as radical egalitarians to remove all the barriers that prevent women from performing deadly work.

This savage imbalance is, of course, based on patriarchal tropes such as the idea that women don’t have enough “upper body strength” to lift logs and shovel coal. We’ve been led to believe destructive and damaging myths about women being “fragile” and “emotional” and “living longer” and “having the law on their side” and “enjoying the legal and societal presumption of innocence in any dispute involving a male.” We even hear the easily debunked and totally discredited idea that “there are some jobs women just won’t do.” We must explode these harmful myths as we push ourselves blindly and self-righteously off a cliff toward equality.

The “glass coffin” is a term coined by graphic designer Kevin Slaughter to describe the fact that women haven’t quite “broken through” toward equality when it comes to working jobs that can kill you. Sure, we often hear about the impermeable “glass ceiling” that prevents women from becoming CEOs and billionaires and Supreme Court justices and running for president, but our male-dominated society turns a deaf ear to women’s righteous quest for equality when it comes to sharing the right to suffocate under a ten-ton tsunami of human waste while working in a sewer because that’s supposedly a “man’s” job.