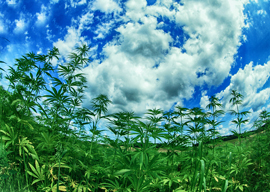 Why do the blunts still look like lumpy scraps of a rubber hose that’s been chewed up by a bulldog?

I mean, for twenty bucks you can get a home rolling machine that’ll make a perfectly cylindrical cigarette, and for a hundred bucks you can get an electric one that’ll allow you to turn out hundreds at a time. The inability to create a smooth surface on a marijuana cigarette indicates that the industry is not quite there yet.

But my more important question, Maurice, is why the space cowboys get a free pass on medical safety research.

Every year Philip Morris, Reynolds American, Imperial Tobacco and British-American Tobacco come out with new products designed to a) reduce nicotine, b) increase flavor, and c) diversify away from smoke inhalation.

Every year they get the same response from the FDA and regulatory agencies around the world:
No, we won’t approve your right to sell it.
You need $100 million more in safety research on top of the $100 million you’ve already spent.
We think your new product is a dangerous “gateway.”
We think you’re trying to corrupt children.
We don’t like vaping. We haven’t decided why yet, we just don’t like it.

“In Eastern Kentucky, farmers started switching from tobacco to hemp and cannabis many years ago, but only in counties where the Sheriff could be bought.”

Is there a guy in Denver or Salem or Sacramento saying, “Hey, Easy Rider, you gotta spend a hundred mill on double-blind research before you do that”?

No, there is not.

Don’t get me wrong. I’m never in favor of extensive regulation, and I think the tobacco industry is the most over-regulated and over-taxed business we have. It bears the brunt of what’s really a tax on the working class, which consumes most of the cigarettes at exorbitant prices compared to what the same cigarette sells for in other countries. What I am saying is that, when these weed entrepreneurs were loosed into the market, the playing field became not only unlevel, it ended up with the boys in Richmond and Winston-Salem trying to fight their way up a 90-degree incline.

For example, health-risk assessments. Can we all agree, just for the sake of comparisons, that smoke—any kind of smoke—introduced into the mouth, throat and lungs is probably a bad idea? We know that Bill Clinton never inhaled at Oxford, but the rest of us don’t have that level of self-control. So we would assume that a government health agency would be able to tell us, on the fine print of the packaging, exactly what the incidence of cancer and lung disease is from regular cannabis inhalation.

Unfortunately there’s not enough scientific evidence to know the answer. There have been a few studies on cannabis—and they don’t bode well for the Rastafarian demographic—but not anything like the thousands of medical studies devoted to tobacco, the all-American crop we inherited from the native Americans that originates from Sir Walter Raleigh getting his mind blown by the idea of setting leaves on fire and sucking the smoke. At the time we first started selling and consuming tobacco, it was sexy as hell. (Is it a coincidence that John Rolfe, the first guy to cultivate tobacco as an export crop, was also the guy who married Pocahontas? I think not.) As time went on, we moved from pipes to cigars to cigarettes, which were considered a waste product when first offered in the 1890s, and like all good things, tobacco consumption lost its sensuality and became merely a bad habit.

Perhaps this is why marijuana gets a pass. It’s still in the sexy-as-hell stage, and state governments—eager to mine yet another exorbitant excise tax ($6 on an eighth of an ounce in Colorado)—are willing to allow the first few hundred thousand deaths before they start any serious examination of who’s dying and which particular cannabis product (there are thousands) is killing them.