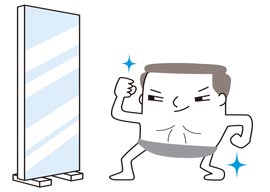 The least one can say of the psychiatric treatment given to Andreas Lubitz, the pilot who killed 149 people as well as himself in crashing the Germanwings aircraft into the Alps, is that it was not very successful. Indeed, its outcome was about as disastrous as any in the history of medicine, but that may not be entirely its fault: perhaps the whole idea of such treatment was misconceived in the first place.

It seems to me likely (though I could not swear to it in a court of law) that Lubitz’s problem was one of character rather than of illness, and therefore unsusceptible to so-called treatment. Indeed, the very notion of such treatment might have been an obstacle to his self-amelioration, in so far as it would have given him the impression that he was ill and it was therefore up to others to cure him. When they failed to do so, which was inevitable, he felt absolved of responsibility for his own state.

He was by all accounts a narcissistic type; and, as with many another, his enthusiasm for fitness wasn”t for fitness for any end other than a purely self-regarding one. Perhaps one should not read too much into isolated photographs, but nevertheless the picture of him out running, pouting as if engaged on something serious and staring ahead with earphones in his ears to exclude the outer world from obtruding on him in his self-absorbed bubble, suggested a man more than usually self-centred.

Unconfirmed reports, which I think are likely one day to be confirmed, also suggest that he was determined to make more of a mark in the world than his native talents would permit, reducing him to the necessity of doing something terrible to catch the attention of the world that he so craved, and no doubt felt that he deserved. For narcissists, anonymity is the worst of fates.

Moreover, he is reported to have had a severe chagrin d”amour “ or rather, I suspect, a crise de jalousie “ not long before he crashed the aircraft. He was also said to have been a man of swiftly-changing mood, as the jealous often are: one minute domineering to the point of violence, the next apologetic and dove-like in their promises of reform. Such jealous men do not love the object of their supposed affections, but rather themselves: they need a lover as a prop to their own conception of themselves. When, therefore, a lover threatens to leave them, or actually does so, usually as a consequence of their own erratic behaviour, they are plunged into a crisis of outraged anger. In the best of circumstances, that anger declines and disappears once they find another lover-victim: but before this happens they often become violent. In crashing his plane and killing so many, Lubitz may well have been taking his revenge upon the woman who so wounded his vanity: “See what you made me do! I told you I would do something terrible. You”ll have those people on your conscience for the rest of your life.” According to my hypothesis, Lubitz was not so much depressed as angry with his lover, the world and fate.

Of course, I might have to abandon my suspicions in the light of further evidence: that, for example, he did not have a chagrin d”amour, and that he displayed none of the character traits I have attributed to him. Perhaps his action was caused by a bona fide illness and not by his character; but that would not alter the question I want to ask, and that has long puzzled me: how does one come by a bad character? For the bad character I have attributed to him is one of which I saw many examples in my work.

Some, no doubt, are born bad, either by heredity or congenital circumstances (not quite the same thing, of course). Such persons might be few, but they seem to exist: those who, from the age at which they are able to exert choice, choose the horrible, the vicious, the cruel, the forbidden, the disgusting as a matter of course. If this is so, if their attraction to the morally reprehensible is quasi-biological or neurological in origin, can any moral blame attach to their acts? The acts themselves may be bad, but can the doer of them be so?