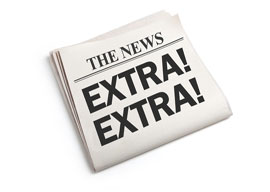 “It’s Just a Lump. It Will Probably Go Away.”

I think I will don a loincloth, stop bathing, and ascend a mountain where I will gibber, drool, and perhaps castrate myself and wait to go to Hale-Bopp. This is a patriotic plan. I don”t want to distance myself too much from my fellow Americans.

Though, on thought, I may welsh on the castration part.

Every morning, as I shamble through the heather of the Internet in search of reason (any day now), I find another story of a savage racial attack on whites by feral blacks. When a black man says, “I”m gonna kill the next white I see” and does so, I begin to suspect a racial motive. Perhaps this is unfair. Perhaps the gentleman really meant to say, “…find a good book on Keynes and the Austrian school, and compare with Veblen.” I remain suspicious.

Where is this taking us?

In the past these attacks were carefully hidden by the Legacy Media, AKA the Mainstream. An argument, understandable if not satisfying, can be made for this. Detwaddled, it amounts to saying that the black underclass is permanent, that stopping the crime would require something close to martial law, and that ghastly riots would then ensue with unpredictable consequences. The path of wisdom is then to grin and bear it. This is a dismal analysis but not unreasonable.

“When a black man says, “I”m gonna kill the next white I see” and does so, I begin to suspect a racial motive.”

However, it suggests a degree of intelligent design by the media that is contradicted by other regions of their behavior. Usually they appear to be trying to increase racial hostility. Note the deliberate distribution of a version of the Rodney King tape edited to make the use of force seem unjustified. Also note the editing of the Zimmerman audio track by NBC to make him sound racially biased. Given an underclass that majorly can”t read and entirely doesn”t, this is dangerous incitement. And of course the media spin every story to make blacks believe that they are victims when they are not.

If you work in the media in Washington, you see that there is no intention to do anything more than bask in narcissistic appreciation of one’s preternatural rightness. As someone said, never suspect a conspiracy when stupidity is an adequate explanation. Many reporters know exactly what is going on, but saying so would cost them their jobs, so they don”t.

Then you have the ideological lefties, who dominate most newsrooms. In my experience, they genuinely don”t know what is happening. There are several reasons for this. For one thing, reporters run to combativeness instead of contemplation. For another, they are not thinkers but hurried fact-accountants. For a third, they spend their time with each other, reinforcing what they all think.

They really truly believe that blacks are brutalized, beaten, mistreated, that they suffer discrimination of various sorts, chiefly invisible to others, and that white racists want to impoverish them. They simply reject as prejudice anything that doesn”t fit this view of the world. It makes no sense to the rational, but they are sincere. The psychology seems to be that if you deny the existence of something, such as a combination of grotesquely high crime rates and racial attacks, it will go away.

If you point out (as I have done on many occasions) that the statistics on crime come from the Obama Administration’s FBI (the Uniform Crime Reports), their eyes glaze. It doesn”t get in. Say that the public schools of Washington are horrible, as documented by myriad studies and decried by black columnists, and you will be told that it isn”t true, that the reports are biased, and so on.

If you don”t recognize the existence of a problem, how can you solve it?

An ominous development is that the wall of protective silence begins to crack. In the past, the race of criminals simply wasn”t divulged. Then some television stations, though still saying nothing of race, played the surveillance footage while talking of “teens,” a word suggesting fun-loving striplings. Many papers now publish photos, and others often mention in graf fifteen that the assailants were “young black males” (though often girls are also involved).