Some Pity for a Human Mastodon 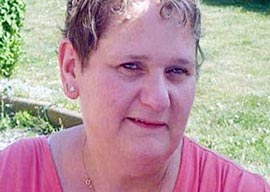 The ways of human perversity are legion, and secretly we are glad of it, for it would be a dull world”a kind of ideal Switzerland raised to a higher power”without them. The bizarre, the wicked, and the perverse entertain us even as we condemn them or shake our heads over them in pretended disbelief. We want the world to be free of all this evil, but not just yet.

A case in France, that of Dominique Cottrez, will be the subject of books to come, ranging from the frankly prurient to the academically respectable. There will be sage attempts to pluck out the heart of her mystery, but they are doomed to failure, as were Guildenstern’s with Hamlet. If this strange woman can be said to have rendered humanity any service at all, it is to remind it of how little it understands itself. We understand the origins of the universe (perhaps), but not why we behave as we do.

Dominique Cottrez is accused of killing eight newborns to which she gave birth. That she actually did so is not in dispute. Immensely fat, no one could tell just by looking at her that she was pregnant. Indeed, to judge from the photos of her now, most people would have difficulty in believing that anyone could have made her pregnant. Presumably, she was a little less obese at the times of conception than she was at the time of her trial.

“If Dominique Cottrez can be said to have rendered humanity any service at all, it is to remind it of how little it understands itself.”

As soon as the babies were born, seven of them at home and one in a hospital where she had been admitted for some other reason, she strangled them and either buried them in the garden or put them in plastic bags and hid them in her bedroom cupboard. If anyone noticed the appalling smell, she attributed it to (among other things) her husband’s feet.

Her crimes were discovered by the purchasers of the house in which they had taken place: They found the remains of two babies buried in the garden and Dominique Cottrez immediately confessed and revealed that she had killed six others. Initially she told the police that they had been conceived through her late father, whom she adored and with whom she had had a sexual affair since she was 8 years old, after he raped her; but later in court she said that this was all untrue. Her story gained her some sympathy, and I suppose that some will say that it is her denial that is false, not her original assertion. At any rate, she always maintained that her husband knew nothing of her pregnancies or their denouements, and the police must have believed her, for he was never charged.

Asked about the babies in court, Dominique Cottrez said:

The first…I realized that I hadn”t had my period. Afterwards I felt its movements and I said to myself, “It’s not possible.” It was when I had contractions that I understood that I was going to give birth. I lay down. The baby came. I put it on my stomach. I strangled it. The second…

The accused regarded infanticide as a form of contraception; she spoke of the killings without regret; and she claimed that, though or perhaps because she had trained as a nurse, she had such a phobia of doctors and other medical personnel that she was afraid of seeking other, more generally accepted methods of contraception. She had two grown-up daughters, during the birth of one of whom a midwife had called her a fat cow, which put her off midwifery forever.

An article on the website of Le Monde by a lawyer and journalist, in which he evoked the defendant in the language of pathos, evoked a great deal of interesting commentary from readers, who divided roughly into two schools: those who thought the accused worthy of compassion because of her obviously unusual and disturbed psyche, and those who thought that none of the circumstances offered by way of explanation of what she had done extenuated what she had done. The former accused the latter of being harsh, censorious, and lacking in human understanding; the latter accused the former of being sentimental and self-indulgent. In the matter of punishment, not surprisingly, the former advocated medical care (for what, exactly?), saying that a long term of imprisonment would be absolutely useless since she represented absolutely no danger to society or anyone else, she having passed the age of childbearing (but would they choose her for a babysitter, and if not, why not?); the latter advocated a long prison sentence because the alternative, setting her free to carry on with her life as if she had done nothing wrong, was patently absurd and would hardly deter others. To this, of course, the compassionate might return that there are no others like Dominique Cottrez, or if there were, they would be unlikely to be deterred by anything like the prospect of punishment. It is the very uniqueness of the case that startles us, and therefore there is no need to deter anyone. A long prison sentence would only add to the taxpayers” bill; it would serve no sensible purpose.