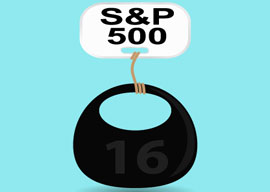 Poland has been showered with what seems like excessive and surprisingly negative media attention of late. True, the Poles elected a new president in the summer, and a new parliament in the fall, but time has passed, and power changed hands without invasions, riots, or revolutions; both the winners and the losers are members of mainstream political parties, and the new, democratically elected conservative government was formed relatively quickly. That should all be good news for Poland and Europe”indeed, for the entire free world”though one could never tell judging by the shrill headlines that continue to claim prominent spots on news networks, magazine covers, editorial pages, and Twitter feeds on both sides of the Atlantic.

The media’s reaction to the Polish voters” decision to bring to power the country’s anti-Communist opposition has been relentless in volume and surprisingly hysterical in tone. Just to pick a few examples: Even before the new government was formed, the Financial Times reported that Poland returned the “most rightwing parliament in Europe”; The Economist fretted on its cover about the “perils of Polish populism” and offered a tendentious leader on “Europe’s new headache.” CNN aired its own “Poland swings to the right,” and The Washington Post weighed in on “Poland’s disturbing tilt to the right”; the reliably biased New York Times explained “Why Poland Is Turning Away From the West,” while the Daily Beast cut to the chase with a crude “WTF Is Wrong With Poland.” Even The Wall Street Journal finally joined the pack, adding “Poland’s Bad Turn” to the mix.

The articles continue to appear unabated, almost as though they were writing themselves. Goebbels must be having a good day in hell: A lie becomes the truth just because it is being repeated often enough.

Given the “truth” so established, it is almost no wonder that Standard & Poor’s responded to the political siren’s call and announced its cut in Poland’s sovereign debt rating without warning. Unlike Fitch or Moody’s, which kept their ratings unchanged, S&P seemed to be making a purely political decision and openly taking sides in recent Polish elections. Given the country’s positive economic outlook and Poland’s GDP growth that’s the envy of stagnant Europe, the move seems designed to punish the winning conservative Law and Justice (PiS) party for its presumed politics with a rating cut. S&P’s downgrade is a victory for the well-connected, ideologically fashionable coalition of the losing party politicians and their friends in NGOs and the media, who have been whipping up a remarkably prolific and effective disinformation campaign against the new Polish government.

“Before accepting the claims about the new government’s undemocratic behavior, a fact-check is in order.”

It helps the losers” cause, of course, that the defeated Civic Platform (PO) party’s founder and former head of government, Donald Tusk, is now conveniently ensconced in Brussels as the president of the European Council; that the former president of Poland, BronisÅaw Komorowski, who valued good relationships with Western journalists and flattered them with prizes, now reaps the harvest of their loyalty; or that the wife of RadosÅaw Sikorski, a prominent member of the deposed coalition, is a Pulitzer Prize-winning journalist and a purported expert on East-Central Europe with editorial ties to The Washington Post and The Economist, both of which”without disclaimers”were among the first to warn the world about the demise of democracy in Poland. It must really hurt to fall off the gravy train after eight lucrative years!

Clearly, the losers of the elections in Poland are determined to fight their way back to power, if not through the democratic process, in which they failed, then through manufacturing a crisis. S&P’s unexpected action shows that the campaign to discredit the new government is working. To explain the sovereign debt rating cut, S&P does not cite facts or numbers, but simply echoes the vague rhetoric deployed by the coalition just booted out of power, claiming that “Poland’s new government has initiated various legislative measures that we consider weaken the independence and effectiveness of key institutions.”

Before accepting the claims about the new government’s undemocratic behavior, a fact-check is in order. First of all, few outside of Poland understand that the dividing line in Polish politics is not left and right, but the commitment to the country’s independence”be it from invaders or meddlesome neighbors. To most Polish voters, Russian-empire nostalgia and perceived German willingness to accommodate it are not abstract global issues but local existential threats. It is at least partly in this context that the Polish voters unseated an incumbent in the presidential elections and chose Andrzej Duda, a former EU parliamentarian strongly committed to Poland’s sovereignty. Soon after, the voters handed an unprecedented landslide victory to the center-right Law and Justice party, giving it a parliamentary supermajority. With that election, for the first time since the fall of Communism in Poland, one party was given the mandate to form the government alone. Even more remarkably, PiS” victory marks the coming to power of the same staunchly anti-Communist, straight-talking political class that toppled the Soviet-sponsored regime 26 years earlier and inspired other Warsaw Pact countries to stand up, bring down the Iron Curtain, and send the occupying Soviet troops back to Moscow. How exactly would their win be a “disturbing” outcome? And why, in S&P’s eyes, would that “weaken the independence and effectiveness of key institutions”? How is that a “bad turn,” except, of course, for the Civic Platform, its Peasant Party coalition partners, and the former Communists, now known by their Orwellian moniker Democratic Left Alliance, all of whom, for the first time since the fall of the Soviet Union, find themselves nowhere near the trough of political spoils and are starting to panic?

And there is much to panic about. After all, it’s not just the Polish taxpayer largesse that was at stake in the elections they lost, but access to EU and NATO appointments, the crony capitalists” government contracts granted outside the procurement process, the sinecures, the lucrative seats on state-owned companies” management boards with stratospheric compensations that even well-paid Poles could only dream of. In other words, there are real losses for the defeated politicians to grieve.