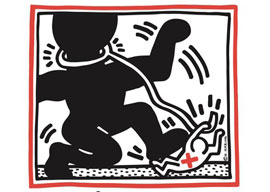 The unctuous pseudo-grief in the West after Nelson Mandela’s death at the good age of 95 was to me nauseating in the extreme; it was so overdone that, though I am no Freudian, it raised suspicions in my mind of reaction formation, the psychological defense mechanism against unwanted thoughts described by Freud that leads to exaggerated expressions of precisely opposite thoughts. The Guardian and the Observer, Britain’s two foremost liberal-left newspapers, had between them approximately fifty broadsheet pages devoted to Mandela, many times more than the return and re-crucifixion of Christ would have received. Methinks these newspapers (and many others) did protest too much.

This is not to say that Mandela was without importance or that he merited no praise. His greatest achievement by far, and an important one, was the avoidance of the interracial violence that had long been predicted as “inevitable” in South Africa and the only way things would ever change there. He did this by his dignity and lack of rancor after his release from prison and during his presidency, the first presidency post-apartheid. For example, his enthusiasm for the South African team in the rugby World Cup, whether genuine or not, was a wise and shrewd way of trying to prove that South African patriotism should transcend racial divides, for of course the team was mostly white. No better way of calming fears symbolically could well have been imagined; Mandela played the part to perfection, and all honor to him for that.

“There is nothing like adversity to produce both swine and admirable people.”

But we should not exaggerate, either. The event that saved his historical reputation was not under his control. It was the downfall of the Soviet Union, for it was surely not a coincidence that the un-banning of the African National Congress and the release of Mandela himself happened only after the implosion of the Soviet bloc. Until then the Communist Party of South Africa, both the most Stalinist and the most resolutely pro-Soviet of communist parties anywhere (not always an easy balance to preserve), had what in Soviet langue de bois was called “a leading role” in the ANC.

As it happened I was in South Africa about the time of the great transition, shortly after the ANC was legalized, and I interviewed Joe Slovo, one of the communist leaders of the ANC who had just returned from exile. (His wife, Ruth First, a woman who liked every revolution however disastrous its effects, was murdered by the South African Secret Service by means of a letter bomb.)

Slovo, who wrote Pravda-style langue de bois fluently, was a pleasant man, but I found him to be not particularly intelligent. When I asked him whether during his many visits to the Soviet Union he had noticed anything about it”for example, the absence of goods in the shops and the lack of freedom”he replied that what I had to understand was that the Soviet Union had always supported the freedom struggle in South Africa and that he was always the honored guest of the Central Committee of the Communist Party, and that therefore he was always driven in limousines from the airport to excellent accommodation where he was very well fed and watered.

This did not strike me as a particularly impressive answer. I asked him whether he thought it was not a little foolish to recommend an entire socioeconomic system for South Africa on the experiential basis of flattery of his person and the consumption of banquets, and he rather feebly agreed that perhaps it had been.

By then, of course, there was no possibility of South Africa following the Soviet path; by then Russia had neither the means nor the will to support or prop up yet another catastrophically failed state in Africa, this time on a scale far exceeding its previous efforts. Prominent leaders of the ANC whom I met had by then dropped all ideological pretensions of a Soviet hue and had gone over to sharp mohair suits and lizard-skin shoes.

In this I saw an entirely hopeful sign, at least from the point of view of avoiding interracial violence. The thin-soled lizard-skin shoes I took to be an indication that the ANC’s leaders did not want any longer to destroy the economic elite, they wanted to join it, and this was much preferable to the preposterous and dangerous idea of a complete economic and social transformation.