Spare the Job, Wreck the Child 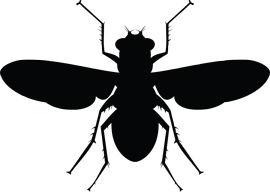 It’s a clichÃ© to bitch about how hard it was when you were their age, but Jesus Christ, do the kids today even know what sweat is? I had a relative send me his resume recently and there wasn”t one real job on it. He was totally overeducated and massively underworked. In the Curmudgeon’s Guide to Getting Ahead, Charles Murray talks about CEOs who avoid these kinds of graduates because they can”t relate to someone who’s never had a job.

Today’s youth are sitting on the couch in the basement because they can”t find work in their field. “Gender and Film” is a degree that cost them $60k to get but nobody cares if Star Wars is sexist. They avoid blue-collar work because their parents always hired illegals for those tasks and it instilled within them a kind of 18th-century classism. Menial labor isn”t beneath anyone. It builds character, gets you in shape, and makes you a successful entrepreneur.

I”ve been working my ass off since it was legal to work. I pumped gas, stocked shelves, cleaned pools, licked envelopes, washed dishes, bussed tables, delivered records, painted houses, and mowed lawns. Minimum wage back then was less than $5/hr and we survived because we didn”t have families to raise. I don”t know what Obama’s talking about. You”re not supposed to be a dad and work at McDonald’s. That’s a kid’s job. You”re not supposed to hire illegals for menial labor. That’s a kid’s job too. In Canada it’s the teenagers who do the landscaping and pick the fruit. I hated doing both but it was better than playing Xbox in the basement all night.

I think the worst job I ever had was being a bike messenger in Montreal in the winter. I”d have to get up at 5:30 in the morning when it was still dark out. My French girlfriend was on welfare (not uncommon for able-bodied frogs) and leaving her warm body to get on a fucking bicycle in in the snow seemed a cruel and unusual punishment. Montreal is not only colder than Moscow but it’s named after a mountain, which means you”re climbing a 45-degree hill in negative 100-degree weather. The streets get plowed as much as humanly possible but it snows nonstop there so every ride was like wrestling porridge. You made just above minimum wage in February because nobody else would do it, but in the summer, you”d be lucky to clear $100 a week. To add insult to injury, the employer was French, which meant les maudits anglais were the last on the list. There were many days in July where I wouldn”t earn a dime.

“I dunno what do dell you, guy. I”m sidding here grapping my balls too,” he”d reply in his tortured English. I hated that fucker but he taught me a valuable lesson: People can be fuckers.

Actually, that wasn”t the worst job I ever had. Planting trees in Northern Ontario was the worst. Every spring for five years we would get in a bus and truck out 20 hours north of Montreal to live in the unfriendliest terrain North America has to offer. Most don”t think there is a civilization that far North and they”re kind of right. It’s just Indians, Frenchmen, and hunters. Spring up there combines their horrific winters with their incredibly brief, scalding hot summers. When you wake up at 4 AM, your tent is completely covered in snow. You don”t need to get dressed because you already are, ski mask and mittens included.