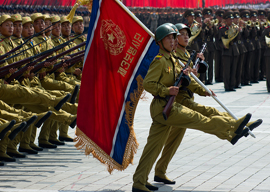 On a recent visit to Geneva, somebody handed me a pamphlet titled 170 Daily Actions to Transform Our World, produced, so an understandably self-effacing line on its rear inside cover informed readers, by the Perception Change Project of the United Nations Office at Geneva, which is known by its very graceful acronym, UNOG.

On the rear of the glossily produced pamphlet were the following words, which the workaholics of the Perception Change Project of UNOG must have thought were very eloquent:

The Sustainable Development Goals are humanity’s to-do list for a sustainable planet, a clear roadmap for a better future.

Are there really people in the world who actually think in words such as these, or who have thoughts that in some way correspond to them? If so, they are much to be commiserated with; it must be a terrible affliction.

“It is not that I want an equal and opposite orthodoxy on the matters that the pamphlet addresses, it is that I want no orthodoxy at all.”

What are these things? After reading a few of them, I confess that I was powerfully reminded of the time, many years ago, when I scoffed a large number of rich chocolates in a theater before the curtain went up and thereafter felt slightly sick for the rest of the performance.

I take at random a few of the 170 things for humanity to do.

Here I was reminded of the Soviet multilingual phrase book in Somali, English, and Italian that I bought in Mogadishu during a famine and cholera epidemic:

Hand me the opera glasses, please.

Once a month have a coffee with a person who is different from you, whether in race, beliefs, culture or age.

I do not wish unduly to boast, but everyone I meet seems to be different from me; in fact, I never meet my clones, if there are any. And I leave it to readers to decide how easy it is for nomads of the Ogaden to meet their Swiss bankers or some Canadian lumberjacks for their monthly coffee. (In what language will they communicate? UNOGese?)

Readers of the pamphlet, all presumably members of humanity, are urged to “Travel the world to learn about different cultures.”

Now, as the most minimal reflection or experience will persuade any person of average intelligence and sensitivity, there is nothing quite like mass travel for destroying the value—educational, spiritual, aesthetic—of travel itself. Nor is there any reason for supposing that other cultures, when found, will necessarily meet with the travelers’ approval rather than with, say, disgust. When Sayyid Qutb went to America, for example, it closed his mind forever. And I confess that when I visited North Korea, it did not cause me to respect North Korean culture, which is a permanent mixture of Nuremberg Rally and Busby Berkeley, but to view it with absolute horror and detestation. Nowhere in the world—at any rate, nowhere in the world known to me—is tyranny more absolute and all-pervasive than in North Korea. Am I then guilty in my detestation of not fulfilling another of the 170 daily transformative actions, that is to say of learning to respect all kinds of people who may do things differently from me?