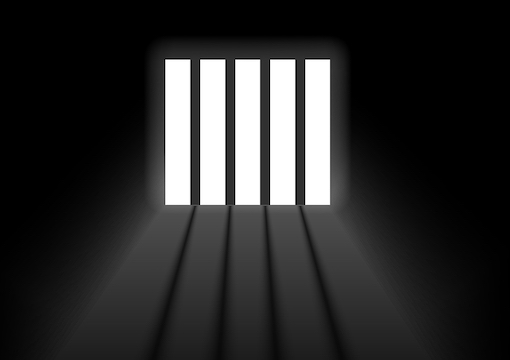 How does a modern democracy reconcile populist currents with woke liberalism? How does it satisfy both those who think that the state is too lenient toward criminals and those who see criminals as themselves the victims of social injustice? The British criminal justice system has found a solution to this dilemma, which for politicians is electorally very important.

A man called Sable Thomas, aged 42 at the time of his crime, was recently sentenced to life imprisonment for having bludgeoned Anthony Rooks, aged 79, to death. No explanation of this dreadful crime has been reported, except that Thomas had what are now called “mental health issues.” (In some quarters, mental health issues has been laudably abbreviated to mental health, as in, “I’m seeing the doctor because I’ve got mental health.”)

Those of populist sensibility would say that it is quite right that Sable Thomas should spend the rest of his life in prison because of what he did (he was not deemed to be so mad that he should go to hospital rather than to prison). Indeed, a life sentence is the only appropriate sentence for what he did, once the death penalty is excluded.

“Full satisfaction simultaneously of the populist and the woke is not possible.”

But a sentence of perpetual imprisonment would horrify the woke sensibility. Poor Sable Thomas! He probably never had a chance in life; at the very least, he had mental health issues, and even if these were caused by taking drugs, it would only push the reason for compassion one stage further back, for he must have taken drugs because he had…well, mental health issues.

Therefore, it is only right that, his life sentence notwithstanding, he should be released from prison after eight years, the length of time he must serve before being considered for parole. By then, it is likely that his mental health issues will have been resolved, and there will be no reason to keep him in prison.

From the point of view of the woke sensibility, there is another reason so short a sentence for so terrible a crime is much to be welcomed. If punishment has to be proportional to the seriousness of the crime, and most crimes are much less serious than Sable Thomas’ crime, then those found guilty of them should receive much lesser sentences than he. Thus, Sable Thomas’ sentence exerts a downward pressure on all other sentences, which is halfway to meeting a treasured woke goal, namely the abolition of punishment altogether (except for those who express non-woke ideas).

A person sentenced to life imprisonment in Britain can be recalled to prison at any time for the rest of his life, so it is not 100 percent symbolic: The threat of recall hangs over him until the day he dies. Thus, a life sentence meaning in practice that the person is released after eight years partially satisfies both the populist and the woke, though it fully satisfies neither. The populist feels partially avenged, the woke that his desire to demonstrate his forgiveness for wrongs done to others has been partially fulfilled. But as we know, the circle can be squared only approximately: Full satisfaction simultaneously of the populist and the woke is not possible.

The criminal justice system throws another sop to the populist frame of mind: It now permits victim impact statements to be uttered in court. Clearly in the case of murder it is not the primary victim who makes such a statement, but the relatives or close associates of the victim, and the reason for allowing this is that it distracts from the widespread populist feeling that the criminal justice system is more solicitous of the perpetrators of crimes than of their victims. But the judges, in their sentencing, are specifically enjoined to take no notice of the victim impact statements; these statements, then, are at best pure psychotherapy, at worst a cynical maneuver by the powers-that-be to insinuate falsely that they take the sufferings of the victims of crime seriously.

It is hardly surprising that such statements in cases of murder are highly emotional and often beside the point. Normally, they contain tributes to the character of the deceased, with the unfortunate and unconscious corollary that if the victim had been someone else, someone who was not quite so nice or good as the victim, the crime would have been less. Anthony Rooks’ daughter said in her impact statement:

Little did we know that three days before our nan’s funeral [the victim’s wife of 46 years had died of natural causes shortly before], this horrific tragedy would rock our world and change our lives forever. Our biggest question is why anyone would want to hurt such a loving, funny, giving, and caring old man, especially to that extent.

If the victim had been less loving, funny, giving, and caring, if he had been killed with ten blows instead of twenty, would the crime have been any the less? I do not mean to criticize the daughter; it is hardly to be expected that someone who suffered as did she should speak in a measured or logical way. Rather, it is the very idea of giving people the opportunity to express their understandable emotions, soon to be followed by an inadequate and lenient sentence, that I dislike.

Of course, circles cannot be squared, in politics no more than in geometry, but for electoral reasons the attempt must often be made. That is why sordid compromise is more or less inevitable, and why so much in politics is really the opposite of what it appears or is supposed to appear to be. Politicians and their associated bureaucracies, as well as the judiciary, are constantly trying to square circles, which is why generosity in theory often ends with meanness in practice, and severity or leniency in theory with the opposite in practice.

It doesn’t help that we live in psychotherapeutic times. The police involved in the case of Sable Thomas hoped that the sentence passed on him would help the victim’s family to find “closure.” Thus speaks Police Constable Freud.

Perhaps I am an excessively vengeful person, but if Sable Thomas had killed someone near to me, I would have derived some satisfaction, been assuaged somewhat, if he had been sent to prison for the rest of his life without possibility of release except on his deathbed. But it wouldn’t be “closure.”