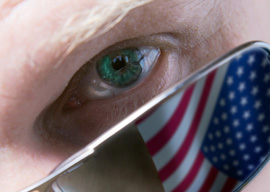 If you are still listening to those in the political class who are falling over each other to condemn leaks from the government to the media, you’d think the leaks had revealed private information in which the public has no legitimate interest, or perhaps a planned secret government mission to rescue innocents. Neither is the case.

Republicans and Democrats in Congress, most of them from the House and Senate intelligence committees, have blasted the White House for leaking to The New York Times and others the existence of President Obama’s secret kill list and his cyber-warfare against Iran. According to those doing the blasting, the leaks were made in order to bolster the president’s war-on-terror credentials with voters in anticipation of an onslaught against those credentials by Gov. Mitt Romney in the coming fall presidential campaign.

So, who has violated the Constitution and federal law, who has caused more harm and who has performed more of a disservice to the nation: those who leaked the truth to the media, or the president, who caused death and destruction among those he hates and fears?

“How base our culture has become when the hunt for truth tellers is more compelling than the cessation of unlawful government killing.”

We already know the basic facts, as the White House has denied none of this. The president meets every Tuesday morning with a select group of military, intelligence, national security and, occasionally, political advisers and reviews the background and photos of persons in foreign countries whom he hates or fears, some of whom are Americans. He then personally decides whom among them to kill. Then he dispatches civilian agents of the government, no doubt the CIA, to do the killing using drones. He uses the CIA to do this because if he used the military, federal law requires public reporting of that use and, eventually, congressional approval. Some of the killings have taken place in Yemen, a country that has welcomed them, and some in Pakistan, a country that has condemned them. We are at war with neither.

We also know that the president has directed the CIA to use technology to disrupt the workings of computers in Iran on a grand scale. The government of Iran consists of a gaggle of religious fanatics and crackpots who have threatened the U.S. and Israel until they are blue in the face, but these misguided authoritarians have not harmed the U.S. or any of our allies. And of course, we are not at war with Iran.

Nevertheless, the president, with the knowledge of certain members of Congress but without the consent of the House and the Senate as the law requires, destabilized and caused physical harm and financial loss to millions of innocent people in Iran—physicians, hospital administrators, businesspeople, academics, pro-Western students, shopkeepers—when major computer servers there were immobilized. Just imagine the chaos—and the political reaction—should Iranian agents cause all that computer damage here.