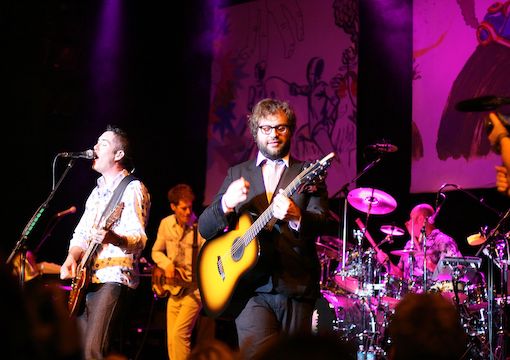 Ali G: [Explaining his business idea] What is the most popular thing in the world?
Donald Trump: [Ponders the question, then decisively finds the right answer] Music.
G: [After a long pause] No.
Trump: [Bored] Tell me.
G: Ice cream!
Trump: Okay…

Because music may well be the most popular thing in the world, I’m going to review two fine new books on music: Let’s Do It: The Birth of Pop Music: A History by Bob Stanley, a prequel to his well-regarded 2013 history of the rock era Yeah Yeah Yeah, and This Is What It Sounds Like: What the Music You Love Says About You by Susan Rogers, a popular science work about popular music.

Both writers are themselves old music pros. Stanley had a few hits in the 1990s with his cultivated dance band Saint Etienne, while Rogers was the recording engineer on Prince’s world-conquering album Purple Rain.

And both really love music and know a vast amount about it.

Both books are written in the 21st-century manner in which old-fashioned snide rock-music criticism has been displaced by poptimism, in which if you can’t say something nice about popular favorites, don’t say anything at all.

In his history of American and British pre-rock pop music, Stanley finds something good to say about almost every major figure, although blackface star Al Jolson is a challenge:

Even allowing for his overbearing personality, Jolson is the biggest name in this book whose enormous success seems hard to fathom today, whose crude, untutored megaphone voice seems impossible to listen to as entertainment.

In the 1920s he was the underdog, the poster boy for displaced persons. For immigrants, he was about stability in a rootless new world…. For them, unlikely as it may seem now, Jolson’s music and his anonymizing mask of make-up had nothing at all to do with plantations.

Stanley gives nerdy white guy Glenn Miller, the most popular but most critically derided of big-band leaders, rightful recognition as “futurist and prescient.”

Critics and jazz historians traditionally prefer Benny Goodman’s band to Miller’s because Goodman honored jazz’s dedication to improvisation. For example, at the pinnacle of Goodman’s career, the “no drinking, no dancing” 1938 Carnegie Hall concert, Goodman gave the climactic solo of “Sing, Sing, Sing (With a Swing)” to pianist Jess Stacy (9:27 on the recording), who delivered an unexpected Debussy-like turn that became legendary when finally released in 1950.

In contrast, Miller’s massive hit “In the Mood” was engineered for dancing rather than artistry. Stanley writes:

He made music that was, and remains, so popular that it is almost never explored by critics (the jazz critic’s default position is that it isn’t jazz, so why bother?)… He was obsessed in a scientific way with music, with how it could and should sound…. In no way was he instinctive—possibly one reason why most jazz histories pass up on him completely—but new sounds obsessed him, the most exciting, the most commercial, the most modern.

“Both books are written in the 21st-century manner in which old-fashioned snide rock-music criticism has been displaced by poptimism.”

Miller incorporated melodic riffs…played again and again with a rhythmic monotony, which allowed little room for soloing but gave the sound a hypnotic aspect…. Those riffs without solos, which bored jazzers, thrilled dancers and prepared them for the purely rhythmic music of the late twentieth century that began with R&B, continued through rock ‘n’ roll, and would find its purest form in house music.

That’s quite a roster.

Here is Stanley’s reasonable conclusion about the relative merits of the music featured in his two histories:

With rock ‘n’ roll, pop got back in touch with its sense of immediacy and barrier-breaking, which had been there since the turn of the century, only now it was much faster, with a constant hunger for newness that would survive until the 1990s. What pop lost was a lot of melodic and lyrical subtlety and its cross-generational pleasures.

In This Is What It Sounds Like, Susan Rogers, recording engineer for Prince–turned–music cognition Ph.D. who now teaches record production at the Berklee conservatory, is even more enthusiastic than Stanley about all forms of pop music.

Granted, she has her own strong tastes: Stones over Beatles, soul over alternative rock, James Brown over Johann Sebastian Bach, “below the neck music” over “above the neck music.” But she wouldn’t dream of criticizing your tastes. Your favorite records appeal to you because of the way your individual brain works:

Every brain is formed out of an uncountable number of genetic and physiological events influenced by chance. Every brain grows up in a different musical culture. Every brain’s trajectory through life is one of a kind. Together, these grand developmental truths derived from the science of individuality mean that your own listener profile, including its combination of preferred dimensions and sweet spots, is unique to you.

That’s why I always tell my students: Never be a music snob.

There’s a lot to be said for this point of view. As a former market researcher, I tend to bring that perspective to writing movie reviews: e.g., I often explain that this film will appeal to these types of people but less so to these other types. On the other hand, the entertainment value of my kind of highly tolerant criticism can be lacking compared with the “I’m right, you’re wrong” certainty of a Lester Bangs or Pauline Kael.

And, Bach requires more effort to appreciate, so the snobbery that informs people that Bach really is better is good for them.

Rogers distinguishes between three audiences for musicians: critics who can provide fame, other musicians who can offer respect, and the public who deliver love (and money).

Rogers explains that Prince’s triumphant career strategy in 1980–84 was cognizant of these three different audiences. Prince aimed his 1980 new-wave album Dirty Mind at intriguing white rock critics who could make him famous. His 1981 album Controversy, on which he played almost all the instruments, impressed musicians. 1982’s 1999 gave him his first big hit single, “Little Red Corvette.” And then, after hiring the nerdy white lady Rogers to handle the engineering, Prince won the elusive “triple crown” by appealing to critics, musicians, and public alike with Purple Rain.

The record producer’s job is to focus on the public. Rogers is a high-IQ individual who is perfectly okay with the fact that most other people aren’t. Thus, she says, the public:

…like what they like and don’t seem to care who is the most clever, creative, or virtuoso. Instead, the public listens for music that lets them pay a relatively cheap price in mental effort to get a good-sized return in musical pleasure.

Rogers believes in a seven-dimension model that explains what records you like, with four musical dimensions (melody, lyrics, rhythm, and timbre) and three aesthetic dimensions (authenticity, realism, and novelty).

Consider novelty. Musical genres can be mapped onto a “novelty-popularity” bell curve. At one tail is radically innovative art music that requires too much cognitive exertion to sell well.

The current biggest hits fall into the middle of the curve by including enough familiar elements to appeal effortlessly to a mass audience, but also enough fashionable innovation to rivet the attention of faddish teens.

Over time, today’s hits lay the foundations for tomorrow’s classic genres that will sell steadily but not sensationally to older fans. For example, reggae was cutting-edge a half century ago, but today it ranks with country as one of the most traditionalist genres. As Rogers explains, the appeal of being a reggae or country fan today in enjoying new talent trying themselves at time-honored forms is much like being a sports fan, in which you want to see if Aaron Judge can break Roger Maris’ 1961 American League home run record, not if he can create new rules for the game.

As a work of popular science, This Is What It Sounds Like includes the characteristic brain anecdotes, such as a Dutchman with severe obsessive-compulsive disorder whose doctors implanted two electrodes in his brain. Not only did the electrical stimulation of his nucleus accumbens cure his OCD, it made him, for the first time in his life at age 59, a Johnny Cash fan. But his love of Cash’s deep timbre disappeared when his battery wore out, only to return when it was replaced.

Rogers’ seven-dimension framework makes a fair amount of sense to me, although it’s over my head how to evaluate it. I’d like to learn more about the demographics of the different dimensions, such as how music fans differ by sex and age.

For instance, at age 44 Rogers produced her last album, the Barenaked Ladies’ Stunt, on which the clever Canadians asked her to help them find a sound that would appeal more to the male side of the American audience. That album gave her her first No. 1 hit, “One Week,” a song she felt would appeal to bright children. When she became a professor in 2010, she found several of her students had loved the song as little kids.

I’m always interested in the question of at what age interest in new music fades. For example, the last time I can recall being generally excited about new music was at age 34 in 1993 when I finally bought a car with a radio in it again and was belatedly introduced to grunge rock.

Similarly, novelist John Updike, supremely gifted with aesthetic perceptiveness, wrote a long article about all the pop songs he’d loved as a teen in the 1940s–50s. He concluded by mentioning that the last new song on the radio that he could remember making an impression on him was “Hey Jude” when he was 36. Evidently, by a certain age, it takes “Hey Jude” to get even John Updike to notice new music.

Rogers then took her Barenaked Ladies royalties and enrolled in college for the first time, going straight through to a doctorate and becoming a professor. I suspect that she felt that at age 44 she’d gone about as far at guessing what today’s youth would want to hear next as she could expect to go.

In summary, This Is What It Sounds Like is a good book by somebody who has a rare combination of deep hands-on experience along with the urge to theorize about it sensibly.