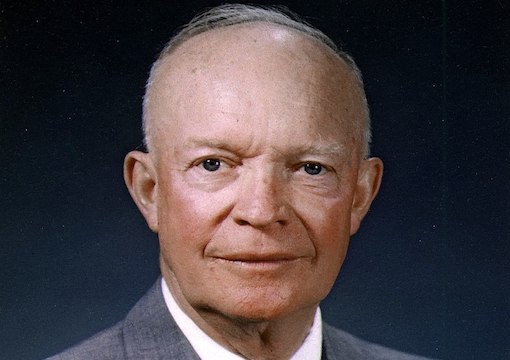 Amid the media’s 24/7 UKRAINE UPDATES, perhaps some enterprising journalist could write an article explaining how our esteem for that country’s borders benefits a single American — other than President Joe Biden.

Our own border has become a transmission belt for the third world, bringing in rapists, murderers, future welfare recipients and left-wing activists. The Democratic Party’s brilliant policy of defunding the police and emptying the prisons has, oddly enough, led to a breathtaking surge in violent crime. Our schools have been taken over by lunatics who teach white kids that they are evil — and probably transsexual. Inflation has hit a 40-year high.

“Why isn’t Latvia down in Texas right now, defending our borders?”

Midterms must be coming!

In 2020, Democratic data scientist David Shor advised his party: “Talk about the issues [voters] are with us on, and try really hard not to talk about the issues where we disagree. Which, in practice, means not talking about immigration.” (Emphasis mine.) After the election, he said that the main way the media’s COVID hysteria hurt Donald Trump was by preventing anyone from “talking about Hunter Biden or immigration.”

Evidently, the only issue where voters don’t vehemently disagree with Democrats this year is the precise border of a country they’d never given a moment’s thought to until five minutes ago.

What Republicans should be doing: talking about the issues Democrats are trying to avoid.

What Republicans are doing: talking about Ukraine.

Whenever you see any media talking about Ukraine, your Pavlovian response should be, Oh, I see. They don’t want me to think about immigration or crime.

It’s not only the Democrats drawing benefits from the media’s sudden Ukraine obsession. There’s also the military-industrial complex.

President Dwight Eisenhower led Allied troops in World War II, but in his farewell address from the White House, he warned of the “unwarranted influence” on the government by “the military-industrial complex.” In the 60 years since, these bloodsuckers have been bleeding our country dry, solely to make themselves rich.

As Americans discovered to their dismay when the pandemic hit, we can’t make our own masks, pharmaceuticals or aspirin. We can’t make our own computer chips, razors, bicycles, toys, sneakers, Levi’s jeans and on and on and on. But boy, do we make weapons! In our ruling class’s ideal country, there will be nothing but defense contractors, Black Lives Matter activists and Latin American gardeners.

To put this in perspective, the annual budget of the State Department and U.S. Agency for International Development is a little more than $50 billion. (And we should zero-out that whole budget, too.) During the COVID pandemic, when the government ordered people not to work, the entire supplemental food budget was about $70 billion.

Ronald Reagan’s victory in the Cold War should have been a sad day at Lockheed Martin, Raytheon and Boeing. Instead, it was the beginning of endless paydays. Today, the American taxpayer spends more on “defense” than during the Reagan buildup that crushed the USSR; more than during the Vietnam War, more even than the War on Terror after 9/11.

Worse, we’ve added a “think-tank industrial complex” — an army of useless, camera-ready blowhards to explain why our incessant meddling around the globe is always in America’s “vital national security interest.”

Why does NATO still exist? This alliance was the West’s response to Soviet aggression during the Cold War. Once the USSR collapsed (thanks to Reagan) and the Warsaw Pact disbanded, that should have been the end of it. Instead, we keep adding countries to the alliance — with a requirement of admission being that they buy their weapons from American defense contractors.

Everyone acknowledges that Vladimir Putin’s main concern is that Ukraine will be asked to join NATO. How about, as a compromise, the U.S. will pull out of NATO? (Another of Trump’s broken promises.)

Nope! Can’t shut down this utterly anachronistic organization, requiring America to defend the likes of Latvia, should some other pipsqueak nation violate its precious borders. (Why isn’t Latvia down in Texas right now, defending our borders?)

Far from unwinding NATO, our country’s leaders are constantly trying to expand it, thus increasing the odds that Americans will be forced to go to war over some other country’s sacred sovereignty. Pointless wars are the lifeblood of defense contractors! We pay the price and defense contractors get the money.

(Ike should be on Mount Rushmore for his “military-industrial complex” speech.)

This year, the worshipful reverence for Ukraine’s borders has the added bonus of blocking Americans from thinking about immigration and crime. Republicans ought to be talking their heads off about the unprecedented crisis at our border, Afghan “refugees” raping little kids in our country, illegal aliens hauling meth and fentanyl into our country, rampant shoplifting, carjacking and assaults destroying neighborhoods in our country.

Luckily, the GOP is too smart to fall for the media’s latest subject-changer.

@newtgingrich: “The Biden Administration talks and Putin acts. This is such a clear replay of Chamberlain trying to deal with Hitler that it is more than a little frightening. Putin is pushing day by day and has no fear of NATO because he has no fear of the United States or its President.”