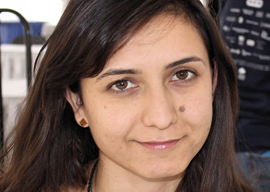 Reading is the best antidote to debauchery I know of, and I’ve been hitting the books lately. History, mostly. Once upon a time I used to read novels. Back then I found real magic embedded in the prose of Hemingway, Fitzgerald, Maugham, Leo T and Fyodor D, Waugh, Greene, and John O’Hara, with his potboilers about upper-class swells. I was friendly with Irwin Shaw and James Jones, of The Young Lions and From Here to Eternity fame, and read both men assiduously. Shaw and Jones were tough guys, army vets, and Hemingway types. Yet it was Fitzgerald, with his indelible stamp of grace, who haunted my youth. Dick Diver and Tender Is the Night and the Riviera and all that. His romantic imagination transfigured his characters and settings to people and places I knew well. When I wasn’t chasing some girl or hitting a tennis ball, I was curled up reading Papa and the tragic Scott.

In 1965 Norman Mailer’s An American Dream discombobulated me. The hero throws his wife off a terrace, killing her, and then buggers the maid. Not much tenderness on that particular night. I had already met the author, and he was a full-time job; his curiosity was endless and he was an intellectually and physically demanding friend. Mailer thought fiction the highest calling there is, but ironically it was his nonfiction that procured him endless literary prizes. He fathered a technique he called the true-life novel, a work of fiction based on the lives of actual people.

“When I wasn’t chasing some girl or hitting a tennis ball, I was curled up reading Papa and the tragic Scott.”

I never met Papa Hemingway, but this briefest of examples will show you what I mean. It is the opening lines of A Farewell to Arms: “In the late summer of that year we lived in a house in a village that looked across the river and the plain to the mountains…. Troops went by the house and down the road and the dust they raised powdered the leaves of the trees.” I used this passage to illustrate perfection nearly thirty years ago, and an Eton beak wrote that it was the worst writing ever. I challenged him to a fight, but he was pulling my leg and we had a drink instead. Hem’s description when only 19 years old of a prostitute walking her beat under a dim streetlight was shattering in its sadness, and it was done by simple description of time and place. His was a great talent, pure and simple.

Fiction supposedly represented an escape, however fleeting, from the grimness and despair of many peoples’ lives. Yet the novel had been in crisis and dismissed since Charlotte Brontë’s rejection of Jane Austen, not to mention Le Figaro’s dismissal of Flaubert. Never mind. The novel died when craftsmanship and hard, intelligent effort in which every sentence “is unostentatiously lapidary” ceased and was replaced by the stream-of-consciousness modernist bullshit practiced by the talentless solipsists of recent times.

Nothing, however, had prepared me for what I read in a New Yorker article last week. The New Yorker was and continues to be a well-written weekly, one that has always published extremely boring, much-too-lengthy articles about subjects no one cares about except the person writing them. Since becoming a stablemate of Vogue and Vanity Fair, however, the magazine has bent over backwards to be trendy where race, sex, and religion are concerned. White males, Christians, and heterosexuals need not apply. The piece that caught my eye was by one Ariel Levy about the female Jewish-Iranian writer Ottessa Moshfegh, whose novel Eileen won the PEN/Hemingway Award and was a finalist for the Man Booker. The female heroine is an ugly and disgusting person, self-pitying, resentful, and angry. She snubs a rape victim because she herself has never been raped.