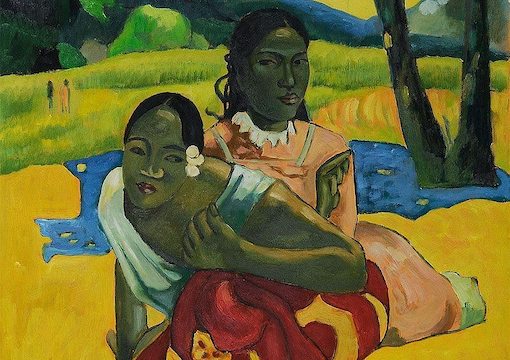 No use piling on where Prince Andrew is concerned. It’s not the end of the world, and he’s not among the brightest, either. Back in the summer of 2007, in Saint-Tropez, I had a boatload of guests and we all went to a party given by the Rubin family in their villa. It was a very gay night, in the old-fashioned meaning of the word “gay,” and soon we were joined by a slutty-looking beauty from the Far East and the prince with the highest IQ on the planet, Andrew. He was polite but distant, concentrating on the slutty beauty. That’s when I told my friend Debbie Bismarck that Andy had no chance. “Just watch me,” I said.

I inched myself close to the babe in question, signaling to her that I needed to tell her something, and when she excused herself from Andy’s monologue, I informed her that the prince would not marry her nor keep her, but I instead, as a producer of Chinese Westerns, could employ her forthwith. She dropped him like the proverbial hot you-know-what. My friends were laughing, although some thought I had been rude to the prince. “Not at all,” I told them. “I know women, and he does not.”

Who was it that said one never goes broke underestimating the public’s taste? H.L. Mencken, the sage of Baltimore, that’s who, and the sage was no dummy. Epstein the child molester would never have gotten to him. Mencken was suspicious of “sudden” wealth, and Epstein’s sure was sudden. But are royals supposed to know the difference? When they stick to their own kind of people they’re called aloof and indifferent. When they mix with the recently arrived, they get into trouble sometimes. The “sweatless” one obviously fell for Epstein’s toys, but so did many others who should have known better and are now off the hook because two prison guards were surfing the internet for porn or bargains while persons unknown were applying instant sedation on the child molester. Maybe.

Yes, stupidity reigns supreme, especially when some female clown from London writes “Is it time to stop looking at Gauguin altogether?” Why? Because he fathered children with the young girls he lived with in Tahiti back in 1893. Back then young girls were betrothed and married at ages that now would land people in the pokey, like 13, and in France of all places. They still do it in Arab countries, but we’re not supposed to look at Gauguin paintings anymore. We genuflect in front of Gulf child molesters because they have lotsa moola, but we have no excuses for old Paul. It’s total and utter rubbish, as ridiculous as those in the West in the universities, the media, and the arts who are striving to dismantle our cultural and religious traditions. In the meantime, our European culture defenders are nowhere to be found, except in this publication. The intellectuals both here and in America are working to discredit our past, and while they’re at it, to demolish our future. Looking at a Gauguin will not turn one into Epstein, but reading The New York Times or looking at the BBC will turn one into a soulless moron.

Moral superiority is what the leftist, PC mob is looking for, hence all the crap about toxic masculinity, white privilege, Gauguin’s pictures, even Randy Andy’s stupidities. People are not all fools, and they should see through the bullshit and react to it. These cretins trying to rule our hearts and minds are in the majority, alas, especially in American universities, where the proportion of liberals to conservatives ranges from 8 to 1 to as much as 70 to 1. Oh yes, I almost forgot: Jeffrey Epstein was a big, big liberal, as were most of his friends like that lefty lawyer Dershowitz. Andrew should start hanging out with right wingers like myself, but in his case I’m not available. For some strange reason I prefer people with brains.