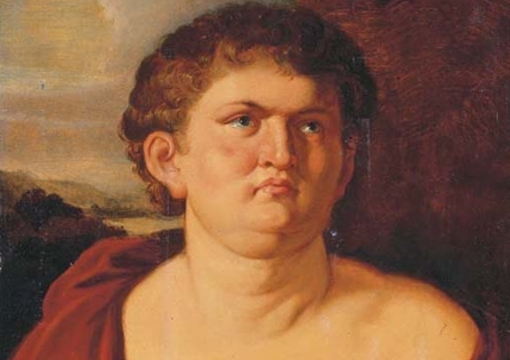 NEW YORK—I haven’t felt such shirt-dripping, mind-clogging wet heat since Saigon back in 1971. The Bagel is a steam bath, with lots of very ugly people walking around in stages of undress that would have once upon a time embarrassed famed stripper Lili St. Cyr. How strange that very pretty girls do not shed their clothes as soon as the mercury hits triple figures, but less fortunate ones do even if the number is a cool 80. June is my London party month, or used to be before the city was incorporated with Gaza and turned itself into a concentration camp. And what about the Spectator party? I haven’t heard a woid, as they say over here, so I’m sending a little boid over to find out. If the party takes place I have ordered a brand-new white suit for the occasion. If it does not, I’ll mothball it and wear it just before the man who is always dressed in white comes to visit.

It all seems so long ago, the Turf Club ball, the Hanbury and Goldsmith cricket matches, the 4 a.m. race around Berkeley Square, the all-nighters after Ascot, the country balls. But such are the joys of getting old: more memories than action, and there are always the regrets. Never mind, I miss London and my English friends, the dinners at Bellamy’s followed by drinks at Hertfort Street. When next allowed by the Gestapo to visit London without having to quarantine—I have a beautiful house waiting for me to give a party—I will head for the British Museum in order to see for myself “The Man Behind the Myth,” the sprawling new show about Nero, #MeToo’s second-most-hated man after Harvey you-know-who.

“Deformed by toxic wokeness, there are now people who are seen as far worse than Nero.”

Deformed by toxic wokeness, there are now people who are seen as far worse than Nero, and acts far worse than his, like eating apple pie. Apple pie is apparently canceled by some woke c—, or so I’m told. Nero is known for fiddling while the city burned, but it sounds like a myth to me, more Hollywood than truth. Peter Ustinov played Nero in the 1951 film Quo Vadis and had him strumming the lyre. The movie did not show him screwing his mother—those were the days when Hollywood played nice—nor did the film show him kill his mama and his first wife. Or if it did it was off screen, as they used to say. I was down from school for Christmas and I saw it, but all I remember is the Christian message and Nero playing the lyre while Rome burned.

But let’s forget Hollywood and attempt to get closer to historical facts. I don’t know if Nero was a prototypical tyrant; all emperors were hardly constrained by Christian ethics back then. The negative spin on Nero began while the poor guy was still alive and top banana. Tacitus and Rome’s high-life correspondent Suetonius did most of the damage. He got the blame for an accidental fire when he wasn’t even around. After the blaze, what Nero did was shelter the homeless—far more than the Noo Yawk mayor is doing at present—and rebuild the city.

The mauvaises langues had it in for Nero from the start. They claimed he burned the place down so he could build a palace for himself, but that’s all bull. The Roman elite turned furious with Nero’s social reforms, a bit like the Washington regulars hating Trump for upsetting the applecart. Nero also promoted the lower classes, a real no-no back then. It shows that nothing has really changed in a couple thousand years. We’re having a meritocracy debate, although Boris has not been accused of starting any fires, not yet anyway.

Nero had to find a scapegoat for the fire so he went after the Christians. So what else is new? Hollywood has loyally followed his example since its conception. That was probably his greatest sin, at least according to the ancient Greek historian Taki. Nero developed chariot races, gladiator fights (which unlike in the movies were not to the death every time), and stage performances. I take the story of him winning a gold medal in the Olympic chariot race by being the sole competitor with lotsa retsina wine.

And speaking of Greek wine, the National Trust might be interested in this: Woke Greek students have been amiss until now about the Parthenon scandal. What they need is an attention-seeker like Katzman from Baltimore, the one who got rid of the Queen’s portrait, to set the record straight. Until now Greeks took it for granted that the Parthenon was designed by Phidias and built by free Greek citizens under the auspices of aristocrats like Pericles and Alcibiades. Woke detectives, however, have discovered foreign slaves had mined and dragged all that marble from Mount Penteli to the Acropolis. Shock horror and all that, but the Parthenon must come down, slaves were involved and people like Katzman are bound to find out and demand the Parthenon is next. But I have a better idea. I suggest the British Museum take the Parthenon as it already has most of the good stuff from it already. What shocks is the fact we Greeks have been asleep for so long as far as woke is concerned. Thank God for Katzman and his ilk, we have a lot to learn from types like him, especially coming from Baltimore.