Suicide on the Trans-Black Express 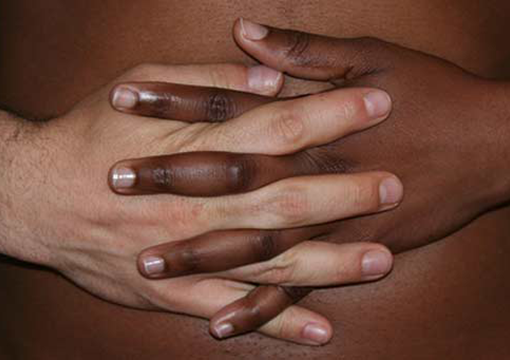 She dedicates her 2018 book Fugitive Modernities: Politics and Identity Outside the State in Kisama, Angola, and the Americas, c. 1594-Present to her oppressed negroidal ancestors:

My grandparents, who gave me the best parts of themselves, music and movement and storytelling, the inclination to ask and the soul to listen. My ancestors, unknown, unnamed, who bled life into a future they had no reason to believe could or should exist. My brother, the fastest, the smartest, the most charming of us all. Those whose names I cannot say for their own safety, whether in my barrio, in Angola, or in Brazil.

She writes academic-sounding essays with unwieldy titles such as “Social Dismemberment, Social (Re)membering: Obeah Idioms, Kromanti Identities, and the Trans-Atlantic Politics of Memory, c. 1675-Present” and “The Strange Life of Lusotropicalism in Luanda: On Race, Class, Nationality, Gender, and Sexuality in the Black Atlantic.” She is a frequent contributor to the black-identity magazine Essence, which in late August published a piece of hers titled “On Puerto Rico, Blackness, And Being When Nations Aren’t Enough.”

A student of Krug’s at George Washington University says the professor would show up for class all blacked-out in high heels, hoop earrings, and leopard-print clothing. She noted Krug’s tendency to often lapse into Spanish—for example, she always referred to plantains as plátanos. While Krug read historical texts, the student says she would always use the “N-word,” which as we all know is a dishonest way of saying “nigger.”

But in Rachel Krug’s world, it was OK to say “nigger” because her people—the ones who lived in her barrio, with a rolling “r”—had reclaimed the word.

Krug’s hoop earrings sway back and forth with each impassioned jerk of her head on a video filmed in the spring where she decries racism and gentrification and white people in general:

I’m here in El Barrio, East Harlem – you probably have heard about it because you sold my fucking neighborhood to developers and gentrifiers….You posin’ like you opposin’ them for your soundbites, for your social media, for your reelection campaigns….Get the fuck outta here, you’ve been supporting the cops in the pandemic….I also want to call out all these white New Yorkers who waited for hours with us to be able to speak and then did not yield their time to black and brown indigenous New Yorkers. I thought cops was [sic] here to protect us but I guess they’re not.

“All this time, she had only pretended to be a Schwarze.”

Suddenly, last week—rumors suggest she was being pressured to either out herself or face the rigors of a thorough public woke-mob outing—she took off the Coon Mask and confessed that she was just a self-hating Jewish girl from Kansas City. In an aggressively self-flagellating blog post titled “The Truth, and the Anti-Black Violence of My Lies,” Krug confessed that since she somehow inflicted “violence” on people by being a female wigger—wegress?—and also since “I don’t believe that any anti-Black life has inherent value,” she no longer exists in any meaningful way:

For the better part of my adult life, every move I’ve made, every relationship I’ve formed, has been rooted in the napalm toxic soil of lies….To an escalating degree over my adult life, I have eschewed my lived experience as a white Jewish child in suburban Kansas City under various assumed identities within a Blackness that I had no right to claim: first North African Blackness, then US rooted Blackness, then Caribbean rooted Bronx Blackness. I have not only claimed these identities as my own when I had absolutely no right to do so — when doing so is the very epitome of violence, of thievery and appropriation, of the myriad ways in which non-Black people continue to use and abuse Black identities and cultures — but I have formed intimate relationships with loving, compassionate people who have trusted and cared for me when I have deserved neither trust nor caring….I claimed belonging with living people and ancestors to whom and for whom my being is always a threat at best and a death sentence at worst. I am not a culture vulture. I am a culture leech….You should absolutely cancel me, and I absolutely cancel myself. What does that mean? I don’t know.

All this time, she had only pretended to be a Schwarze.

Black author Robert Jones Jr. tweeted about his sense of betrayal after hearing about Krug’s self-denegrification:

Black author Hari Ziyad—in case you haven’t noticed, the only thing black authors EVER write about is being black—also noted Krug’s desperate flailing to prove herself authentically black

I always knew there was something off. It was in her persistent negativity and jealousy, her always needing to prove her authenticity at the expense of everything else.

A former student of Krug’s recalled the time the faux negress bitched about how a white author won an award instead of her because even Black Studies is a cesspit of white supremacy:

In my ‘Afro Latinx History’ class, Jessica Krug discussed dynamics of white scholars engaging in black studies. She really had the audacity to pull up an image of the white woman who won an award over her, illustrating how black scholars are often overlooked in the academy. LOL

Anna Anderson, a white neighbor of Krug’s in Harlem, recalls her as an unpleasant woman who was filmed on surveillance cameras stealing her food deliveries, threatening her poodle, and repeatedly hurling anti-white slurs at her:

I used to go out running. She would pass me when I’m running and say, ‘Gentrifying.’ She called me, ‘White trash, go back to Ohio,’ which is funny, because I’m an immigrant, [but] I’m a white immigrant from Sweden.

So what do we have going on here?

During a lifetime of fleeing her true racial identity, Jessica Krug acted as a self-hating Jew.

Therefore, she is an anti-Semite.

Therefore, she is a Nazi.

So by her own stupid rules, it would be an act of justice for her to cancel herself. I’m not saying she should kill herself, mind you—I’m only saying her rules are stupid. She was likely a damaged person from the get-go, but those rules broke whatever remnants of her didn’t need fixin’.