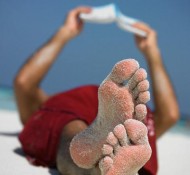 It is that time of year when we depart for summer vacation. We head for the woods and mountains. Unless we planned to visit the Gulf, we head for the beach. Oh, what the hell. Even if we planned to visit the Gulf, let us head for the beaches. All the beaches I have seen there look pretty clean. So let us hit the beaches there, too. It is cheap! America is a vast continental country, so we have various locales to infest during summertime vacation. I prefer the beach, but maybe you prefer the mountains or even wander off to one of our great cities to tour. Barack Obama headed off to Acadia National Park on Mount Desert Island in Maine for a few days. Good for him. Unfortunately, he came back.

Yet what are we going to bring with us on vacation? Lotions, picnic baskets, toys for the kids, high-tech and otherwise? If you are like me, you will want to bring a book. I am always surprised when debate begins among Americans about the educations of our young. Only a minority of American adults read, so why are we surprised that the young falter in school? Few Americans stress reading, and reading is essential for success in school. But you knew that or you would not be reading this column. What books will make up your list? Let me suggest a few for you.

Pre-eminently, I suggest “The Citizen’s Constitution: An Annotated Guide,” by Seth Lipsky, the founding editor of The New York Sun. Seth is a legendary newspaperman, but he is something more, a first-class writer and a student of the Constitution. As he says, “the country is in a constitutional moment.” Limited government is the bedrock of our way of life. “With the Congress and the White House expanding government’s grasp, we have only the Constitution to protect us.” The Arizona immigration law, health care issues, gun control, gay marriage—“all,” Lipsky says, “are coming down to the Constitution.” Lipsky has written a very readable explication of it, and it comes down on the side of the tea partyers, as the Founding Fathers would expect.

“Only a minority of American adults read, so why are we surprised that the young falter in school?”

“Brief Lives: An Intimate and Very Personal Portrait of the Twentieth Century,” by the British historian Paul Johnson, is worth a read. Asked to write his autobiography, the great man demurred, but he did serve up glimpses of great figures he has known, from Margaret Thatcher to Princess Diana to Gerald Ford to Richard Nixon to Ronald Reagan, with all manner of man and woman thrown in between. The book begins with two paragraphs devoted to Konrad Adenauer and ends with two more on Woodrow Wyatt, whom I did not know. We Yanks need not know who the minor figures are to enjoy this book. Its observations about public figures are instructive. On Reagan, he writes, “He was friendly to all. … At a certain level, he was ice-cold.” In telling yarns and observations about figures he has known, he tells us much about himself and the art of the historian.

Books are coming out about William F. Buckley, but none is better than one by Buckley himself. For a taste of his wit and analytical prowess, I suggest you savor “Athwart History: Half a Century of Polemics, Animadversions, and Illuminations: A William F. Buckley Jr. Omnibus,” edited by Linda Bridges and Roger Kimball. In the years ahead, dubious fellows are going to write on Bill. Bridges and Kimball preserve the master’s voice and let him speak for himself. One who has us all apprehensive is Sam Tanenhaus, editor of The New York Times Book Review. Recently he wrote an article in The New Republic, “Conservatism Is Dead,” which he liked so well he elongated it with padding and published it as a book, titled “The Death of Conservatism.” It even was reviewed in the Sept. 29, 2009, issue of the paper. Naturally, I felt that when I met him head-on a few months later with “After the Hangover: The Conservatives’ Road to Recovery,” he would defend himself, especially when I wrote “(conservatism is America’s) longest dying political movement” with him in mind. Not at all—he completely ignored the book—and that is why liberals are so smugly stupid. They take no notice of those who oppose them. Let me suggest my book and Sean Hannity’s “Conservative Victory: Defeating Obama’s Radical Agenda.” I offer a little more on where we came from intellectually. Hannity offers a little more on Obama. Both are better than Tanenhaus, starting with the observation that conservatism is not dead.

Finally, before letting you go, let me suggest a novel, Ian McEwan’s “Solar.” It sends up the whole global warming movement. It is riotously funny. McEwan seems to understand how the pliant government, the environmental movement and venal scientists work, and he explains it. Now if only it would cool off.