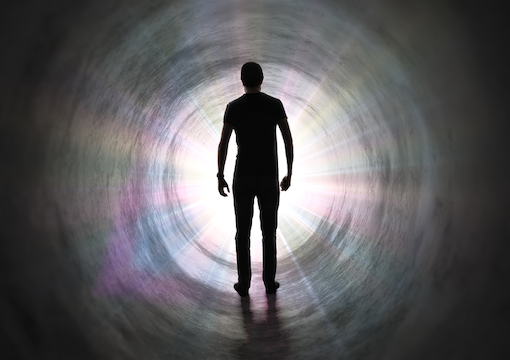 I rarely feel sorry for professional politicians, especially powerful ones; after all, they have chosen their career and (especially in modern conditions) have generally pursued power to the exclusion of all other possible goals, which is not admirable. As often as not, they have not much cultural or psychological hinterland, as it is often called, for they have no time or energy for it, which is why they are mostly not very interesting people. The trouble is that they are important, though perhaps not as important as they think they are; and for the rest of us to have to think about people who are important but not interesting is a kind of torture, akin to that most unfortunate of mental states, that of being busy but bored.

But during the Covid-19 I have managed to find it in my heart to feel a little sorry for them. One has only to look at the French prime minister, M. Édouard Philippe, to see the toll that power and responsibility can take on a person. He has aged a decade in a matter of a few months. No doubt he is ambitious enough to want to keep his office, but there can be little doubt that it has also caused him suffering.

The problem for politicians in power at the present time is that they are faced with a population of experts; for in only a few weeks millions in every country have become epidemiologists of the first rank, at least in their own eyes, even those who in December last year would have been hard put to define what epidemiology was—if, that is, they had ever heard of it. When two Englishmen meet, said Dr. Johnson, their first talk is of the weather, but now their first talk is of the statistics and what they mean. It is the same everywhere else.

The politicians, despised as they are (they are lower in public esteem even than journalists, which is saying something), are nevertheless expected to deliver us from death, and if death supervenes it is they who are to blame. We hate them, but we run to them, like young children to their mother, to protect us from danger.

“A human life, it will be said, is of incalculable value, and in some metaphysical sense this is so.”

They are expected to take the correct decisions in conditions of ineradicable ignorance, and are blamed if things turn out worse than we had hoped or expected. They have their advisers, of course, that is to say real experts, but following the science, so-called, is more difficult than most people think because science is not a body of doctrine, an orthodoxy from which dissent is heresy, and its truths are multiform, contradictory, and provisional. If politicians merely followed the science, they would zigzag or careen like a drunken sailor; they would be at the mercy of the last qualified person to whom they spoke. And yet, presumably, one or other of the experts must be right, or at least more right than the others, in the advice that he gives. But it is the politicians who must decide whom to follow.

Take the well-known case of Sweden, which has adopted a different policy from most other countries in Europe, inasmuch as it has been considerably less restrictive. Was Sweden right or wrong? The question, seemingly so simple, is very difficult to answer, at least for someone like me.

What is the proper standard of comparison? Most people would say, I think, that it should be other, neighboring countries that are very similar to itself. And death rates from the virus have so far been considerably higher in Sweden than in those countries; therefore one might conclude that the Swedish policy has been mistaken.

But this conclusion might be premature (which is not the same as saying that it is mistaken, it might yet be right). The epidemic is far from over; there is talk of second and even third waves, indeed of the virus being a permanently recurrent visitor, so to speak. It is conceivable, though not certain, that these subsequent waves will be much less severe in Sweden than in other countries that were initially much more restrictive; in other words that in the end, if there ever is an end, the Swedish policy may have saved lives though initially it sacrificed them. I emphasize again that no one can know this in advance—it is a gamble in conditions in which the odds are not only unknown but unknowable. As Donald Rumsfeld once put it, and was derided for doing so, there are known unknowns and unknown unknowns; perhaps sometimes there are even unknown knowns.

There is also a very unpleasant question about the Swedish policy that must nevertheless be faced. Let us suppose that the mortality differential between Sweden and the other Scandinavian countries remains what it is today, but that, as a result of its policy, the Swedish economy will flourish, or at least be less damaged, relative to the economies of other countries. Will it have been worth it?

A human life, it will be said, is of incalculable value, and in some metaphysical sense this is so. Usually we do not value people’s lives in dollars and cents, and we would regard anyone who did so with horror or disgust. But at the same time, we know that in practice we do place a value on people’s lives. We would think it right to spend more on saving a child’s life at the age of 3 than to spend it on prolonging the life of a 95-year-old by five minutes. The relative values of human lives may not be calculable in any precise sense, but where choices have to be made and resources are scarce (as they always are), we make them.

Sacrificing life to maintain normal life may not therefore be a monstrous policy, though the question of how much life can be sacrificed for how much normality is very difficult to answer, because neither the quantity of life sacrificed nor the amount of normality preserved can be known, certainly not in advance, and perhaps not even in retrospect, for there are so many variables that might account for differences. Besides, the two—life lost and economic collapse—are incommensurable.