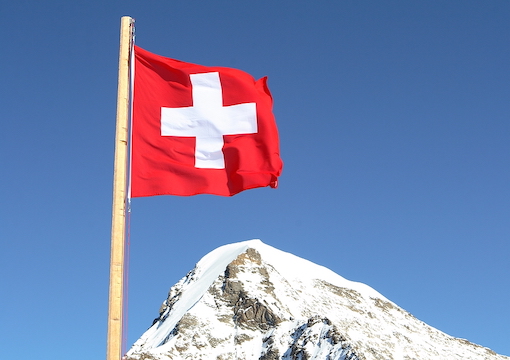 Talismans from the past are rare but are still around, especially at the old Post Hotel: Faded bleached photographs of horse-drawn sleds on Main Street, long-bearded peasants chopping wood on the Eggli, even skiers walking up mountains in knee-deep snow before ski lifts were invented. Is there anything more precious than old photographs? Killjoy contemporary conversation subjects like the size of indoor chalet swimming pools, botulism toxin fillers, even discussions about gender, are now registered on those horrible modern contraptions called smartphones. It is the new reality and there’s nothing one can do about it. Mind you, there are worse things in life than discussing fillers, face-lifts, and de-transitioning, and I have recently experienced them by having spent three months in the Bagel.

Never mind. Solipsism à la Meghan is now the American way, oscillating between narcissism and self-interest. Everyone’s on the make over there, and if one’s dumb enough to read the Bagel Times, Britain and her royals are responsible for all the horrors of the past. Brits are to blame for Africans killing each other nonstop a generation or two, or three, after independence, and Brits should pay reparations for having enslaved and later developed Caribbean isles. The one that made me laugh the most was written as a Bagel Times review of Meghan’s Netflix extravaganza by one with a name so unpronounceable, even a Cambridge Dictionary definition would leave one in the dark as to whether it was male or female. It laid all the blame for the problems of the world on “the horrors” of the empire.

“This here is the first direct democracy since that of Athens in 450 BC.”

Thank God no one reads such rubbish here in Gstaad, or if they do they won’t admit it. A valid New Year’s wish is for these mendacious Bagel Times hacks to be forced to recite the Barrack-Room Ballads by heart while genuflecting under Nelson’s Column. Again, never mind. Here in good old Helvetia, a country least blessed with physical resources has come to be among the wealthiest and most successful nations on earth.

Just think of it: A country with pervasive religious and linguistic divisions enjoys profound social tranquility. African leaders who blame the West for their tribal differences should pay special attention. The Swiss mainly derive from German, French, and Italian stock and speak all three languages but converse in Switzer-Deutsch with each other. And unlike most Western democracies, where an individual has a say every four years or so, the Swiss voter makes more decisions than any other voter on earth. The Swiss developed a system of federalism long ago in which decisions that would be made by the federal government in most countries are made by cantons, communities, some as small as 3,000 people. Popular ballots, or referenda, are voted on directly by the people and as often as required. That’s what I call real democracy, not the special-interest groups that actually rule and that know-nothing Americans call the will of the people. This here is the first direct democracy since that of Athens in 450 BC, the only difference being it gets colder up here than it does in my birthplace.

The locals in Gstaad always greet each other with gusto; the newly rich and vulgar never say hi, but look ill at ease and always avoid eye contact. The rain has done a Dresden to the snow, so kickboxing it is for me until the white stuff arrives. Gratuitous wokery has made watching television or films impossible, so I’ve been hosting dinner parties and drinking far into the night. Both my son and daughter are here with my four grandchildren—two boys and two girls, two Wops and two Krauts, as I call them—as is my wife, who keeps asking for more details about my three-month stay in the Bagel. To that I am as silent as an Indian tomb. New Year’s Eve at Mick Flick’s art-filled chalet was the party to be at, and it was preceded by a dinner chez moi for twelve. That is when I made a mistake I have made throughout my life, opening a few bottles of Margaux ’53 and drinking two of them all on my own.

Then it was on to Mick’s and disaster. I could not speak because I had lots of vodkas as a chaser, which made some of the merrymakers believe I had had a stroke. No such luck. Language, after all, is now seen as a tool of oppression, and as I tried to explain to some curious onlookers, offensive words are now verboten, therefore I mumble on purpose. It seems that it worked.

What was the subject on everyone’s lips? Easy: the once-upon-a-time canonized left-wing billionaire using other people’s money, Sam Bankman-Fraud, as The Spectator’s Douglas Murray was the first to call that little crook. That fat creep is worse than Madoff because Bernie stole from the rich—one needed at least 5 million to enter—whereas the lefty slob took the last dollar people with a few thousand to their names had. Here’s my Delphic prediction, and I will stake my impeccable reputation as an oracle on it: He will get away with the minimum, his contrived naivete and huge cash infusions to fawning media and lefty candidates matching the other market manipulator par excellence, George Soros. Already the fix is in: His ghastly lefty parents came up with a $250 million bond on teachers’ salaries. Yeah, and Qatar did not bribe to win the hosting of the World Cup.