Taki in the Village 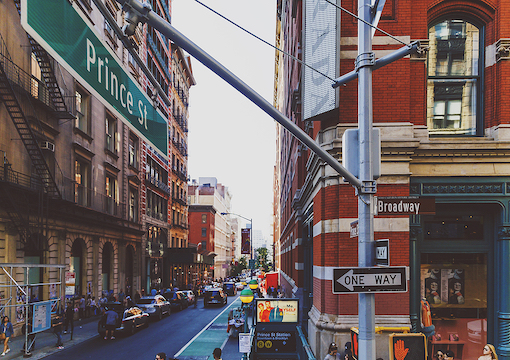 NEW YORK—It’s nice to finally be in the Bagel, a place where the cows have two legs and no bells around their necks. I walk daily around the park that lies two blocks away from my house and stick to the Upper East Side in general. The park is by far the best part of Manhattan, and it’s better than ever because of you-know-what. Yes, the virus has chased away the tourists, and without tourists the rickshaws that had turned the park into a free-for-all have also gone missing. Central Park is the only part of the city that Bloomberg’s three-term despotism didn’t alter for the worse. Bloomberg was a so-so mayor but a lucky one. What followed makes him look like La Guardia (except Bloomberg is even shorter than Fiorello was) but doesn’t alter the fact that the billionaire sold out to developers and 40,000 condos and stores for the rich went up, wiping out traditional neighborhoods. But let’s give Bloomie a break, he spent close to a billion big ones trying to get nominated for president and carried American Samoa as a result. Bloomberg is now somewhere down south trying to dodge the virus and get Biden elected. (He’s pledged Biden $100 million and will get a cabinet or ambassadorial post as a result. I expect the midget will be in London next year.)

The enduring irony is that unlike the universal wish that our children surpass, outperform, and outlive us, bums like Bloomberg get a pass when their successors turn out to be even bigger bums. One thing is for sure—this place has emptied out of old Waspy types, true blondes, men in gray flannel suits, even fast-talking Hollywood types. Cultural torpor weighs the place down, relief coming only in the form of simplistic and misleading slogans in the media about race and sex. As the last tourist to get stuck here said, “Had I known, I would have stayed in Pago Pago.”

“I enjoyed making a scene downtown for the first time ever.”

Where things have definitely improved is the number of shootings. From Jan. 1, 2020, until last Sunday two weeks ago, 1,204 shootings occurred, with 1,408 victims. The year before, the numbers were in the mid-hundreds. Other improvements have taken place downtown, where bands of shoplifters are terrorizing SoHo’s high-end boutiques and lifting zillions of dollars’ worth of designer merchandise. Louis Vuitton, Prada, Celine, Moncler, and so on are their targets. Celine alone was looted out of 1.5 million big ones. I think it’s the best advertisement for capitalism I know of. The high-end stores should follow Portland’s example and hire some of the perpetrators, paying them a large fee to advertise why they had to steal the stuff. “Man, ya f—in’ wear bling and the ho’s will ring…” I went down to the Village with Michael Mailer the other evening and it was a different world. I certainly didn’t fit in. Not that anyone bothered me. I dress in London and none of these gentlemen who hit and rob expensive boutiques are interested in my clothes. In fact they wouldn’t be caught dead in them. I found it very safe walking around downtown the other evening in a double-breasted Anderson & Sheppard gray flannel. People stared at me as if I was just let out from a loony bin. I think Mailer was embarrassed.

This is what it has come down to, a reverse cultural shift from restraint and elegance to garish vulgarity. If people can be brainwashed into buying ugly, expensive crap, or go as far as to excuse robbery because of systemic racism, it’s a hop-step-and-jump into swallowing the big lie that our society is one of brutal white male dominance and casual misogyny. Postmodernist thinkers without brains told us not so long ago that truth is not universal but malleable. It sure is. The truth I was brought up to believe in had nothing to do with systemic racism or brutal male dominance. My truths had to do with family structure, religion, and most of all, tradition. A fierce dedication to family and country is now considered anathema, like having good manners or wearing a suit. I enjoyed making a scene downtown for the first time ever. While drinking in an outdoor bar I noticed fashionable, righteous, virtue-signaling lefties. How? Easy. I was giving a very un-PC speech to Michael and they all fled as if I were a superspreader. It made my day. Night, rather.

Michael later described the moment as not exactly Proustian but as popular “as singing the ‘Horst Wessel’ in Tel Aviv circa 1948.” I blame it on the Spectator USA and an article by David Randall that exhorts us to “cease and resist.” “How to fight the tyranny of the illiberal left” should be required reading. Freddy Gray has assembled great columnists and writers, and I was following orders when I embarrassed limp-wristed Vogue types with my conservative views. The only trouble was that my buddy Michael Mailer is a lefty par excellence. (Poor boy took a lot of shots when he boxed—he was a top Golden Glover—and he also went to Harvard, an experience that has traumatized more people with high IQs than war, pestilence, and LSD ever did. If Plato had gone to Harvard he would have turned out a halfwit after one term.)

Yes, the pandemic has killed many people, but it’s bored to death even more. It’s time for an uprising against political correctness and the tyranny of the left.