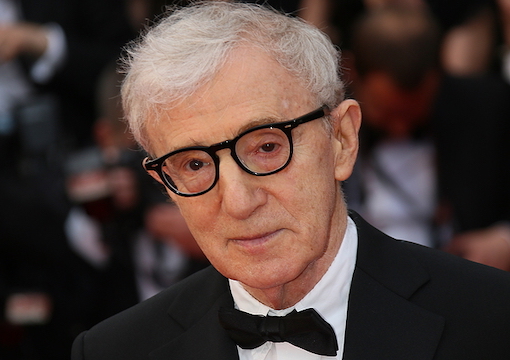 NEW YORK—The high life has gone with the wind due to you-know-what—the last time I went to a glittering ball Marie Antoinette still had a head on her shoulders, or so it seems—while sweats and leggings are now ubiquitous during intimate dinner parties. Here in the Bagel, fashion has followed the street for a long time, making high fashion seem as irrelevant and obscene as Anna Wintour being paid millions to kiss the asses of celebrities.

No sweats, no leggings was my only rule for the intimate dinner for Prince Pavlos, expertly cooked by Michael Mailer and attended by Arki Busson and three youngsters of the female persuasion. A very interesting conversation took place in the middle of dinner, one that had one lady guest threatening to denounce me as a male chauvinist, until I assured her not to bother threatening as I’m rather proud of the fact that I am one. The Bagel now resembles Moscow circa 1935, with fear and loathing of the midnight knock by the PC police.

The blood-pressure high-rise was due to a documentary I had watched about Woody and Mia, one filmed with Mia’s approval and Woody’s noncooperation. It was long and quite boring, with extended period shots of numerous children hanging around a lake and garden, with Mia Farrow dominating the proceedings followed by the “victim” Dylan. What I said and was almost decapitated for as a result was that I suspected Dylan had been coached because of the way she focused wide-eyed whenever she needed to make a point. It was very good acting, I thought, if it was acting in the first place. The reason I was on Woody Allen’s side when the brouhaha began was very simple: I could not envision how any normal person could seek sexual gratification by touching an innocent child. And Woody Allen was a normal person, talented as hell but normal. That is when my wife suggested I live in a dreamworld, and that the place was full of perverts and child molesters. Yes, granted, but Woody Allen?

“All in all, I know nothing more about the case after watching for hours except that she accused and he denied.”

The other important factor was the woman-scorned scenario. Woody Allen had refused to marry Mia and had run off with her adopted daughter, so what was more natural than a Medea-like revenge? While adjectives rained down on me, I defended myself by quoting Voltaire’s maxim that better a thousand guilty men go free than an innocent man be convicted. No good. Who the hell is Walter?

I do not recommend the documentary because it’s very boring and one-sided, and Woody Allen comes out as a terrible creep. The problem is that if he’s guilty he belongs behind bars, but a documentary is not a court of law. And then there’s the memories, which are reconstructed, not replayed. Memories can be planted, especially childhood ones. They can also be distorted by leading questions. Language can also change the way we remember things, making it easy to manipulate children’s memories. All in all, I know nothing more about the case after watching for hours except that she accused and he denied.

The one man who emerges with honor and compassion is the Connecticut district attorney who at the time of the alleged molestation refused to hold a trial because he would have been forced to put a 4-year-old on the stand. Woody’s lawyers would have made mincemeat out of her, and that the DA refused to do. He’s now retired and met the alleged victim on camera, and Dylan told him she wished he had held a trial and had put her on the stand. I guess we will never know, but one thing is for sure: Woody Allen’s name will not be remembered for Manhattan, Radio Days, Hannah and her Sisters, and Annie Hall, among some forty wonderful movies, but for having sexually abused his 4-year-old daughter Dylan.

So I ask you, what if Woody Allen never touched the child, and all this mess was invented by a jealous Mia Farrow who decided to go for broke and kill his career and reputation once and for all? If this were so, la Farrow deserves to go up on the board with other female avengers such as the previously mentioned Medea, Agrippina, Catherine the Great, Clytemnestra, and, of course, Lizzie Borden.

But I also ask you, what if Woody did do the dirty deed? And got away with it because of the decency of a district attorney, Woody’s undeniable fame and talent, and the all-around lovable schnook he portrays so well in his films? Actions entail certain risks, costs, and rewards. Calculated properly, Mia’s decision to go public seems to have worked. Personally, I had thought right off the bat that the whole thing was made up. Now I’m not so sure, in fact I’m 50/50. Was it lack of self-control and the inability to control his impulses that brought Woody down? Even if one had the sick, sick, sick desire to sexually touch a child, surely emotional intelligence needed to play a role. Woody has denied it, and we only have the words of Mia and her daughter, neither of whom I trust after watching the bore for four hours. We need the Delphic Oracle, but Pythia is out having a joint, now legal in this dump. In the meantime we’ve got to stick with Voltaire. And who the hell is Walter anyway?