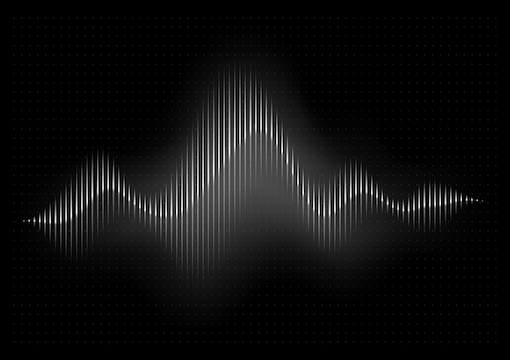 “The new form of unfairness,” says Charles Murray in his new book, “is that talent is largely a matter of luck, and the few who are so unusually talented that they rise to the top are the beneficiaries of luck in the genetic lottery.”

In his subtle review of Human Diversity: The Biology of Gender, Race, and Class, published last week at The Unz Review, the psychologist James Thompson explains why he disagrees with this opinion. Thompson writes:

Usually, the class you attain is more determined by your intelligence than the class you were born into. That advantage is not a genetic lottery, that is not unless your parents mated randomly: it is a benefit conferred on children by thoughtful parents. To say “we don’t choose our parents” obscures the important fact that most parents choose each other, and have forgone other options.

Furthermore, the idea of luck, Thompson adds, “is inimical to one of…[Murray’s] key purposes, which is to strengthen respect for the institution of marriage.”

It is increasingly common for people to conceive of themselves as mere individuals in a kind of race (that is, society), one whose unequal starting point was determined by sheer luck. In truth, what we are, Thompson reminds us, is an inheritance, the progeny of our parents and ancestors, and in part, our original differences or inequalities result from our parents’ and ancestors’ “thoughtful” (or unthoughtful) choices, and from their characteristics and their values.

According to liberals, nobody deserves his intelligence or other unearned advantages. Therefore, as a matter of “social justice,” we should redesign society so that everyone can have “equal opportunity.” Well, to begin with, even if, per impossible, everyone lived in the same material conditions, we still wouldn’t have the same abilities, interests, and characteristics. In other words, there is no such thing as equal opportunity. Besides, even though nobody has earned his high IQ, it doesn’t follow that those who are less intelligent than, say, a genius have a just claim to his advantage or to the fruits thereof.

Liberals, however, suffer from a rather blinkered conception of human life. Human life is not an individualistic race. We are intrinsically social animals. And just as we have the right to leave our children our property, so we have the right to pass on to them the results of our “thoughtful” choices, including intelligence and other advantageous characteristics. This right, to be sure, is a negative one, reflecting the fact that, all things being equal, nobody has a positive right to stop, say, LeBron James from passing on to his son his extraordinarily rare athleticism. (To nobody’s surprise, LeBron James Jr., 15, is already a promising young basketball player.) Plainly, my son, if I had one, would not have a just claim to LeBron James’ genetics.

In sum, I agree in part with both Murray and Thompson: There is an element of luck (or fortune) in intelligence and in inherited advantages in general—since they aren’t earned, after all—but Thompson is right that those advantages are not merely adventitious. They need to be understood in context, in view of what people are, namely, an intergenerational process.

“Nothing these days causes as much insidious confusion as the concept of equality.”

Another problem with the idea of luck, when it comes to natural inequalities, is that once you’ve ceded the point to liberals, they will invariably try to use it against you. Luck, they think, is a “problem to be solved”—and in practice that means determining which groups to punish and manipulate!

“I reject claims that groups of people, be they sexes or races or classes, can be ranked from superior to inferior,” Murray writes. He is also, as Thompson puts it, “strongly against the conflation of high intelligence with high human worth.” On these subjects Thompson is provocative:

Murray is…probably wrong. Whether such a ranking is possible is an empirical question, not a moral one. The Scots may be a dour lot, easily distinguishable from a ray of sunshine, mean, resentful, rough and prone to lachrymose sentimentality; or they may be the inventors of the modern world. Opinions differ, but those opinions can be tested by reference to the historical record. I see no reason at all why we should not compare their achievements to those of the Finns, the Bantu, the Tibetans and the Tutsi, and pronounce on their pecking order, and respond to the other evidence-based ranking which might be proposed. Human excellence varies. Books have been written about this. Comparisons are illuminating, and sometimes life-saving. I rate the Allies higher than the Nazis. Whatever the emotions aroused by the provocative language employed by critics, empiricism must prevail….

[What] if brighter people are, on balance, kinder and more thoughtful in their treatment of other people? What if they are less likely to support capital punishment? What if brighter people turn out to be more altruistic? What if surgeons actually contribute more to human happiness than housewives? The terrible empirical “ifs” accumulate. There might be something other than middle class snootiness which accounts for it being better to live surrounded by middle class people.

Thompson appears to think capital punishment is wrong—a view I’d contest—but anyway this passage is quite interesting. Must the “empirical ‘ifs’” be “terrible”? Not if we distinguish between excellence, which, as Thompson says, must be established by empirical criteria, and equality in a legal sense. It is undoubtedly true that, whether the task is performing surgery, paving roads, or using a cash register, “brighter people” generally are more valuable, being better performing, than their less intelligent counterparts. By contrast, lower intelligence is correlated to poorer performance in general, and to crime and to dysfunction and pathology in general. Class is, to some extent, a function of intelligence, a characteristic that surely does help to account for why it’s “better to live surrounded by middle class people.”

But this distinction in value between “brighter people” and their less intelligent counterparts doesn’t undermine legal equality, which is protected by natural right. “All men are created equal,” we read in the Declaration of Independence. The kernel of truth in that phrase concerns natural right; namely, the simple and straightforward truth that no person is the natural ruler of another. Legitimate government thus requires consent, even if only implicit. (The relations of parents and children are more complicated than the relations of people in general, but I must pass over this important difference for lack of space.) The belief that everyone has dignity—so that everyone deserves legal equality—derives from Christianity. Hardly the historical norm in human affairs, such moral egalitarianism is distinctly Western, and when it emerged it was a radical and revolutionary doctrine. Yet nothing these days causes as much insidious confusion as the concept of equality, so I would very much like to get rid of it altogether. A much better concept, it seems to me, would be legal fairness, so as to denote its context-specific function, and therefore meaning. Certainly, equality before the law (that is, legal fairness) is a desideratum. If it’s wrong, and therefore illegal, to run red lights, rob, steal, and so forth, then that is so independent of your personal identity, valued characteristics, and anything else that makes you you. But though legal fairness is necessary to social order, it doesn’t entail that surgeons and housewives are equally valuable. Nor does legal fairness establish any difference of value between surgeons and housewives. In other words, legal fairness doesn’t affect value judgments in nonlegal domains, so we are free to make such value judgments about persons as we see fit; in Thompson’s words, to “pronounce on their pecking order, and respond to” whatever “evidence-based ranking which might be proposed.” And if one group is indeed superior to another in a certain respect, then that is a fact about the world that isn’t changed just because people feel that it is “terrible.”

We should also get past the vulgar, liberal assumption that inequality is necessarily a bad thing. Despite Harry Jaffa and his disciples, equality is certainly not a conservative value—inequality is. Conservatism historically has recognized that inequality is a virtue. The reason is that conservatism values hierarchy, for whether it’s a law firm, a hospital, a military, or whatever, hierarchy is essential to excellence. Of course, there are, and have always been, lots of false and perverse hierarchies. But this is all the more reason to value and strive to achieve the real thing itself.

A man Caesar is born, and for ages after we have a Roman Empire. Christ is born, and millions of minds so grow and cleave to his genius, that he is confounded with virtue and the possible of man. An institution is the lengthened shadow of one man; as, Monachism, of the Hermit Antony; the Reformation, of Luther; Quakerism, of Fox; Methodism, of Wesley; Abolition, of Clarkson. Scipio, Milton called “the height of Rome”; and all history resolves itself very easily into the biography of a few stout and earnest persons.

Like much of Emerson’s writings, this is rather overstated, but even so, Emerson is right that throughout history a minority of persons have been far more influential, and in certain respects far more valuable, than most people. The histories of the arts and the sciences also attest to this.

In sum, equality is not only an illusion. It is also an evil, because it levels people down—replacing just rank with a false sameness—and allows envy and ingratitude to prevail where honor and reverence are in order.

“It is time,” Murray thinks,

for America’s elites to try living with inequality of talents, understanding that each human being has strengths and weaknesses, qualities we admire and qualities we do not admire, and that our good opinion seldom turns on a person’s talents, but rather on a person’s character. We need a new species of public policy that accepts differences and works with people as they are, not as we want to shape them….

This is the right approach, and Murray is also right to stress the importance of character. If it’s true that Americans, on the whole, are not as happy today as they were in the past, the main reason is probably the decline in morals, which has made for a great many people who just don’t know how to live. And though we should protect a noble sense of inequality from the liberal levelers and resentment-pipers, we shouldn’t emphasize the value of intelligence and intellectual abilities to the exclusion of character. A good surgeon is certainly a very valuable human being, but excellence as a surgeon tells us nothing about a surgeon’s character, just as his character tells us nothing about his excellence as a surgeon (except insofar as a morally bad surgeon might, for example, encourage you to get a procedure you don’t actually need, since he’d profit from it). It is wise of Charles Murray to want to “strengthen respect for the institution of marriage.” A national improvement of character, perhaps through a revival of Christianity, would not only produce more flourishing marriages. It would do much more for human happiness and well-being than the writings of intellectuals like Murray, me, and Thompson.