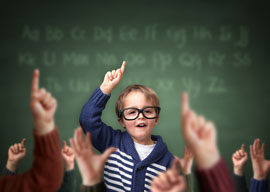 Foolishness springs eternal. And this is just as well for us journalists, because it gives us such easy targets when we have deadlines to meet and no time to think, which is most of the time. In fact, the targets are becoming easier and easier in the modern world. It is almost unfair, like mowing down a herd of deer with a machine gun. Massacre is not sport.

Still, it must be done, or rubbish will rule the day; for the problem with the spouters of rubbish is that they are serious, in intent if not in thought. They want to change the world, and often succeed because at first no one takes them at their word. All that is needed for evil to flourish, Edmund Burke is said to have said, though no one can find where or when exactly, is for good men to do nothing. This is right in sentiment if not strictly in attribution.

Two kind readers have drawn my attention to a person called Asao B. Inoue, of whom I had previously not heard, who teaches writing at University of Washington Tacoma. This deeply conventional corrupter of youth has delivered himself of the pseudo-original opinion that American grammar is inherently racist. It is true that it is often not very good; but that, alas, is true of the speech and writing of the people of all known nations.

“The spouters of rubbish want to change the world, and often succeed because at first no one takes them at their word.”

To give a flavor of Professor Inoue’s polysyllabic pseudo-ratiocination, I can do no better, alas, than to quote him:

Antiracist writing assessment ecologies explicitly pay close attention to the relationships that make up the ecology, relationships among people, discourses, judgments, artifacts created and circulated. They ask students to reflect upon them, negotiate them, and construct them. Antiracist writing assessment ecologies also self-consciously (re)produce power arrangements in order to examine and perhaps change them. When designing an antiracist writing ecology, a teacher can focus students” attention on a few of the ecological elements…which inter-are. This means addressing others, such as power relations and the ecological places where students problematize their existential assessment situations.

This is a quotation, at random, from Professor Inoue’s book, Antiracist Writing Ecology: Teaching and Assessing Writing for a Socially Just Future.

I have not torn this passage out of context because tearing Professor Inoue’s prose out of context is as impossible as tearing fog. There are, in this instance, 300 pages of it, and I congratulate in advance anyone who reads it all. He deserves full marks for persistence, if not for a wise employment of his time.

It might, of course, be thought that a man like Professor Inoue could do little damage. It is unlikely that ghetto youth will ever go on the rampage shouting Problematize our existential assessment situations! It has other problems on its mind, such as police brutality and the price of crack. Moreover, although Professor Inoue’s prose is hardly Gibbonian, the fact is that he himself writes in approximately grammatical form”in other words, he uses standard grammar. No doubt he would argue that this is because he is forced to do so, that the vicious racists of University of Washington Tacoma would sack him if he didn”t, but this is no excuse: He doesn”t have to work there and could take another job, though for the moment I cannot think what it could be.

The point is, however, that he probably demands of his students that they reproduce his thoughts”or rather, opinions”not only in content but in form, that is to say in approximately standard grammar. Whether this is hypocritical of him rather depends on whether he is aware of it.