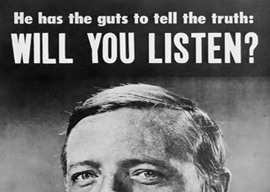 Goodness, what a fuss!

The topic here is of course my Taki’s Mag column of last week, which has brought me worldwide fame, though no doubt only for the proverbial fifteen minutes.

The first and most essential thing to record here is heartfelt, down-on-my-knees-hugging-yours gratitude:

“¢ Thanks to the hundreds of readers who have emailed in with expressions of support. I did begin by answering them as they came in; but by Sunday I was finding that while I’d answered a dozen, forty more had appeared in my inbox. I’ll continue to do my best, as time permits, but there is probably no way I shall ever answer all these supportive emails, so I can only offer a blanket THANK YOU! to those who wrote and a promise on my honor that every word of every email will at least be read and appreciated.

“¢ The “Donate” button on my own website has been lighting up like a pinball target. Remarks similar to those in the previous paragraph apply a fortiori to all the generous souls who have contributed their own hard-won dollars to help my little boat and its four occupants through these present rough waters. Thank you, thank you, thank you.

(I confess to being baffled by the guy who sent me $1. Was it meant as sarcasm? Sheer bad typing? A genuine widower’s mite? He didn’t tell me. Awash as I am in the milk of human kindness, I’m going to assume the best of humanity and include him in my thanks along with the rest.)

“¢ Major individual thanks to Steve Sailer at iSteve and to Peter Brimelow at VDARE for directing their own readers to my “Donate” button. This is over-the-top gracious on their part, as they themselves live largely by donations. Please help me to thank them by helping them. Steve’s button is at top right of his page there; VDARE, as it happens, has just started its spring funds appeal, so you go right to the home page (no slight on Taki’s Mag here, which operates on different principles and is not set up to do this kind of thing on the fly).

“I don’t know why people have so much difficulty thinking statistically, as we behave statistically all the time.”

Steve and Peter are major voices of the oppositional right, which is slowly, groping and stumbling, building up into some kind of coherent force, thanks to the Internet and generosity from supporters. It’s going to take a few years, but everything helps. For a sane immigration policy; for true equality under the law, without preferences or quotas; for freedom of association; for plain speaking, citizen to citizen; for sovereignty; for military restraint; for liberty; cast thy bread upon the waters. It will be returned to thee an hundredfold; or at least to thy children and grandchildren, and to our lovely country.

Now to some random particulars.

Was it a suicide column? Many people have surmised that I was fed up with National Review and wanted to go out with a bang.

Nothing of the sort. I was comfortable at NR and honestly thought I was writing a routine column on a website that anyway never references my NR connections. The results were entirely unanticipated.

Grassy knolls. Some people went berserk overanalyzing the situation. Guys: Most things are as simple as they look, if not simpler.

A favorite (e.g., with Gucci Little Piggy‘s Chuck Rudd) was the cryptic muttering with which I opened the March 30 edition of Radio Derb. “A-ha!” said the amateur cryptanalysts, “Derb was signaling that he’s through with National Review and about to press the plunger on his suicide vest!”

Fiddlesticks. I was making an ad hoc spoof on the incident where Barack Obama left his microphone on while talking with Dmitry Medvedev. That’s all.

Although if you were to extract that sound clip and play it backward….

Was it the meds talking? I don’t think so. My current chemotherapy regime runs on a four-week cycle. There are two days of “infusion””i.e., getting various kinds of poison pumped into my veins. This is followed by three or four days of death-where-is-thy-sting? misery, then a slow return to normal…just in time for the next infusion. The offending column was written near the end of the cycle, when I was as normal as I get.

Perfectly clearheaded, though? As best I can judge, yes; but there’s an infinite regress lurking in there somewhere.