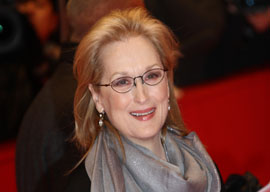 In other words, whom to believe”or at least to take seriously”in our unprecedented cacophony of opinion?

I suppose all ages have had their charlatans, and in no age has credence been placed in what someone says precisely in proportion to his real authority to say it. Is there anyone who has never been taken in by false credentials or by a bogus air of competence and knowledge? As a doctor I have often exuded a confidence to my patients that I by no means felt. Having been seriously ill myself, however, I know only too well that the last thing a patient wants is a Dr. Hamlet, scrupulously doubting the veracity of his own opinion.

“If there is one person in the world who does not have the right of spontaneous free public expression, it is the President of the United States.”

The attention given to the opinions of people from the world of entertainment”essentially actors and pop stars”irritates me. Actors strike me as unlikely gurus because those who spend their lives imitating others are unlikely to have firm principles or even personalities of their own. In practice, moreover, the opinions of actors and pop stars are drearily uniform: When it comes to bad things that might cause suffering, they are always against them.

I cannot imagine why anyone should take any notice of what such people say”except, of course, that being kept constantly entertained is the main purpose of many people’s lives, and they naturally assume that those who entertain them are therefore of immense importance and authority. At any rate, this must be the premise on which the news media report that rock guitarist A wants to save the whales, and actor B is worried about the fate of children in Burkina Faso (formerly the Upper Volta).

Of course, such people have as much right to their opinions as anyone else, but the deference given them by the publicity they receive is rather odd. It is a bit like the publicity given more than a century ago to the testimonials of aristocrats about the value of patent medicines, as if a hereditary title conferred special insight into the pharmacology of bowel movements.

It was only to be expected that Meryl Streep should use the occasion of the presentation of the Golden Globes lifetime achievement award to prove her virtue by criticizing the president-elect, Donald Trump. Mr. Trump is a target whom it is almost impossible to miss, and therefore, insofar as everyone needs an object of disdain and reprobation, he performs a valuable public service. Even quite bad people can, with some justification, feel morally superior to him in some respect or other.

Ms. Streep’s attack was neither unexpected nor original. If instead she had come out in favor of Mr. Trump’s Mexican wall, and furthermore threatened Mexico with war if it did not pay for it, her speech would have been marginally more noteworthy; but as it was, Mr. Trump’s response was the more interesting. He seems to have a rhinoceros hide and a very thin skin at the same time.

He at once replied that Ms. Streep was overrated, presumably as an actress. This was a very adolescent reply. I know nothing of Ms. Streep as a person, whether she is good or bad or something in between the two (as most of us are), and I am not interested; but she is a very good actress, and this would be so even if she were a Nazi, a Communist, a flat-earther, a vegetarian, a spiritualist, a sadomasochist, or a child molester. Her acting ability has nothing to do with the justification of her opinion (or lack of it); and for the president-elect to react like a child in a playground quarrel is alarming. Someone should take his mobile phone from him. If there is one person in the world who does not have the right of spontaneous free public expression, it is the President of the United States.