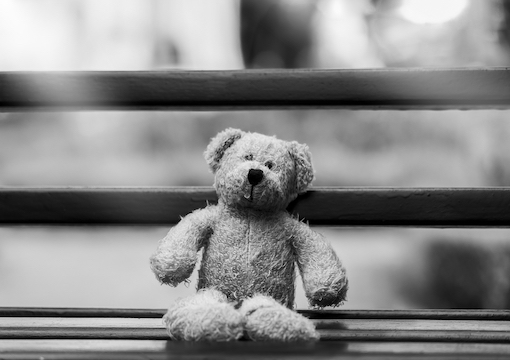 The Swedes are a coldhearted people. When a 15-year-old boy was gunned down in a busy square in Malmo recently, a photograph showed that the townspeople had placed only seventeen candles and seven bouquets of flowers on the site where he had fallen. If the murder had happened in Britain, the ground on which the young victim had been shot would have been covered for yards around in candles, flowers, and teddy bears. In Sweden, by contrast, there was not a teddy bear to be seen.

In Britain, there would have been “tributes” to the young victim. He would, of course, have been described as possessed of a lovely smile, as having been friendly and helpful to anyone, a bit of a rogue perhaps but with a heart of gold, and more than likely as having been a talented footballer who might have gone on to great things, indeed he was on the brink of a great career. Pity that he was also a member of a gang that was feuding with another gang that finally gunned him down.

The candles that are lit these days almost immediately at or near the site of any heinous crime intrigue me. What do they symbolize, what do they represent? In Bernard Shaw’s early novel (he wanted to be a novelist before he turned to writing plays), the principal character decides to call himself Smilash, because people like smiles and they like eyelashes, and thought that a name that combined the two could not fail to make people well-disposed toward him. Candles, I suppose, are supposed in an era of electric light to symbolize peace and serenity, as in churches of old. What was once associated with prayer has been transferred to a kind of secular or pagan ceremony, the very gesture of spirituality without religion (people want the comfort of religion without its discipline and prohibitions).

What the most famous Swede in the world, little Greta Thunberg, would make of all those candles now habitually lit at the drop of a murder victim I dread to think: so much oxygen uselessly expended, so much carbon dioxide unnecessarily released into the atmosphere, and to what end? Just so that a lot of pseudo-mourners can demonstrate to others how deeply they feel? Candle lighters of the world! Think of the planet, of Little Greta’s stolen past and future, of her shattered dreams, and light no more!

“There is no virtue with which the teddy bear is not plentifully endowed.”

The teddy bear phenomenon also intrigues me. I think teddy bears have a glorious future ahead of them. They supply emotional comfort to an age in which people seem to have more difficulty than ever in forming true emotional bonds to others of their kind. A teddy bear, unlike a human being, will never let you down. It’s not quite true that it never answers you back, for it will answer you in your imagination, using the words of consolation that a real friend or adviser would have said by way of consolation, if such a person had been available.

How deeply a teddy bear feels for us, how understanding of our changing moods! A teddy bear has what is now called, in the canting vocabulary of professional psychology, emotional intelligence. In fact, when it comes to the latter, it is a veritable genius. Its emotions are always appropriate to our situation, it is gay (in the old-fashioned sense) when we are gay, it is sad when we are sad. It commiserates our failures and celebrates our successes. It laughs when we laugh and cries when we cry. It is the perfect companion.

A teddy bear, of course, has no sex and therefore that complicating and often disastrously destructive factor in human affairs, sex, does not intrude on our relationship with it. Our relationship with a teddy bear is completely unclouded. The teddy bear is never naughty, overbearing, arrogant, dismissive, indifferent, argumentative, greedy, fractious, demanding, pompous, untruthful, prevaricating, cynical, procrastinating, ill-tempered, unfriendly, cruel, vindictive, sarcastic, pretentious, jealous, envious, condescending, critical, uncomprehending, lazy, self-righteous, uncommunicative, or possessed of any of the other myriad vices to which even the best of humans are prone. There is, by contrast, no virtue with which the teddy bear is not plentifully endowed.

What a comfort is a teddy bear! You can hug it without fear of rejection, let alone of revulsion or accusation of inappropriate behavior. You cannot sexually abuse a teddy bear. In its amber eyes are deep—inexhaustible—pools of understanding. It will never litigate or accuse you of anything. It is the soul of discretion and you can confess everything to it without the slightest fear that your confession will ever be relayed to anyone else. A teddy bear is completely uncensorious and never shows any signs of impatience or boredom with your company. It is also very forgiving: You may pull it about (within reason) and it will never express any resentment. However long you are away, it will be waiting for you on your return, as affectionate as when you left, accepting and uncomplaining. Teddy bears, in fact, are saints.

Teddy bears spread no diseases and cause no grief by dying before those who love them. They are companions for life. With extreme age, they may grow a little ragged, but age becomes them and causes only further affection. And of course teddy bears come in many sizes and prices, so there is one suitable for all.

I would suggest a scientific study of teddy bears in the treatment of depression, that condition which afflicts up to a sixth of the adult population of the Western world. I am almost certain that they would work better than antidepressants, and certainly they would have fewer deleterious side effects. But they would be better than mere treatment of depression; they would prevent it from developing in the first place. And since it is the purpose of government to ensure that the population is happy and fulfilled, I would suggest the distribution of state-funded teddy bears to the entire population.

The only problem that I foresee with this policy is that, in order to maintain social justice, the same teddy bear would have to be given by the government to everyone, though taste in teddies might—almost certainly would—vary (some peculiar people might prefer blue ones, for example). The government-supplied teddies would therefore have to be basic teddies, supplemented by individual expenditure, which would reintroduce social injustice into the teddy supply, since some people could afford better teddies than others. But there is no perfect solution to any human problem, and I am certain that the net effect of teddies-for-all would be overwhelmingly positive.