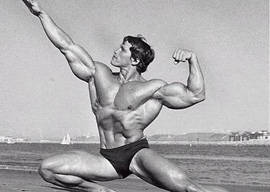 This year crawls toward its doom while 2012 waits to unleash new horrors upon us.

Here in California, we enjoyed the first year of rule by our resuscitated governor, who has learned to his chagrin that the 1970s are indeed over—although his predecessor clung to life by unveiling a love child. Governor Brown did not lie during his campaign: His assertion that he had no plan or any idea what to do in office has proved to be true. We teeter ever closer to financial ruin while remaining wealthy enough to produce 120 people willing to fork over $17,900 a head to dine with President Obama.

Obama can claim credit for two coups in 2011: Osama bin Laden, the 21st century’s very own Emmanuel Goldstein, was at last packed off to paradise or wherever, and our troops are finally out of Iraq. Closer to home he reaffirmed his roots by replacing newly anointed Chicago Mayor Rahm Emanuel as Chief of Staff with the former mayor’s brother. Unlike Truman, who broke with the Pendergast machine that created him, the president is a man of loyalty. Chicago-on-the-Potomac remains secure.

“This year crawls toward its doom while 2012 waits to unleash new horrors upon us.”

In royal news, Prince William married Kate Middleton in a pageant that melted the hearts of folk worldwide. The heads of government of the 16 Commonwealth realms agreed to change the Act of Succession, thus allowing gender equality in choosing the next heir and allowing him or her to marry that most dreaded of all things, a Catholic. In response to Japan’s earthquake and nuclear crisis, the country’s Emperor took the unprecedented step of addressing the nation directly without a government speechwriter. The heir to the Austro-Hungarian throne, Otto von Habsburg, died at age 99 and was sent off with an imperial funeral the likes of which Vienna had not seen since 1916.

The Arab world erupted in unrest: Presidents-for-life were toppled in Tunisia, Egypt, and, most bloodily, in Libya. At year’s end, Syria’s president remained employed, albeit at a large cost in his constituents’ blood. The war in Afghanistan ground on, and rumors of conflict continued to flash around Iran and Israel.