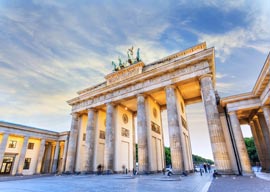 There seems to be growing anti-German feeling in France, at least if what I read is anything to go by (which it might not be, of course). For example, a book with the title Bismarck Herring (The German Poison) is on sale everywhere. It is not by an unknown person, but rather by a very well-known left-wing French politician, Jean-Luc MÃ©lenchon.

You don”t have to go far in it to discover a tone of sheer hatred. The Germans, according to him, have returned to their old arrogant ways (which, of course, they never really lost); the price of their industrial and financial success is a land of oppressed, impoverished, and fat workers who don”t want any children; their industry spreads pollution all over Europe; and, unlike the French, who purified themselves of collaborationist industrialists after the war, the Germans just went on as if nothing had happened. At the end of the book, MÃ©lenchon says that France (and presumably only France) has the wherewithal to liberate Europe from German imperialism. In a chapter headed “Spitting Out the Poison,” he mentions that, unlike Germany, France still has considerable military capacity. The obvious implication, I am afraid, is that France could, and perhaps should, use it to occupy the Ruhr again if Germany does not change its wicked ways.

“As every human must know who has ever taken the trouble to examine his own thoughts and emotions, it is much more gratifying to blame others than to blame oneself.”

Is it not strange that such thoughts should occur to a deputy of the European Parliament? After all, the most commonly used justification for the existence of the European Union is that it ensures the peace of the continent”by which, of course, is meant the pacification of France and Germany, since Belgium was never very likely to send its troops to occupy, say, Portugal. But from the first, the EU has taken Yugoslavia as its model, and MÃ©lenchon’s rant at least has the merit of drawing our attention to a similar possible denouement.

Yesterday (July 7) I read in Le Monde an article claiming that Germany owed the rest of Europe many times more than Greece owed Germany: “The harms to health caused by chemical pollution cost Europe 157 billion euros a year,” and Germany is overwhelmingly the chemical factory of the continent. Ergo Germany owes the rest of Europe 157 billion per year, by comparison with which the indebtedness of Greece is but a fleabite.

Moreover, said the author, the 157 billion was the cost of the damage only to health; there were many other costs that the German chemical industry imposed on Europe. So Germany should shut up about Greece. The article concluded, “We give far more for the prosperity of proud Germany than to help little Greece.”

In the first place, the figure of 157 billion is suspiciously exact. How is the sum derived? It comes from an article published in The Journal of Clinical Endocrinology & Metabolism, which suggested that health effects of chemicals cost the economies in which they are employed 1.3 percent of their GNP. The fatuity of the calculation is shown by the fact that the researchers apparently gave an upper limit to the costs according to their calculations of 260 billion euros a year (the article does not mention what the lower limit was), nearly two-thirds higher. At the very least, this suggests that the calculations are uncertain and subject to a great deal of doubt; I have long been suspicious of the economic costs of various diseases given in medical journals, which, if you added them all up, would mean that, were it not for them, we should all be millionaires. And immortal, too.