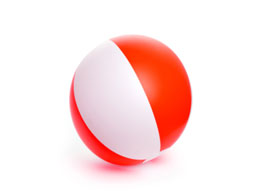 Recruitment software start-up Entelo just released a brave new product: Diversity. This “proprietary algorithm” scours the Internet to determine the sex and ethnicity of prospective employees, then assembles an all-star equality team with the power to satisfy any government or media inquiry your HR department might endure. “Federal contractors may be required to show good faith efforts to correct under-representation among various groups of candidates,” warns the website, but “Entelo Diversity can help.” The San Francisco-based company’s client list includes AT&T, Facebook, ESPN, and Yelp.

If the software’s title sounds like a postmodern novel about cultural genocide, the Maoist tone of Entelo’s mission statement would make it a fine villain’s soliloquy:

“We”re here to help guide the way with never-before-seen tools … guaranteed to make your recruitment take a great leap forward.”

Just in case the boys (and girls) at Entelo aren”t aware, the last “Great Leap Forward“ saw 2 to 3 million Chinese citizens brutally killed under Communist rule”out of a total body count of up to 45 million. I humbly suggest Entelo change that phrase to “stumble blindly toward big bucks and a bleak future.” It sounds snazzier, anyway.

So here we have a robot that can synthesize a diverse workforce for us”but how can we transform diverse workers into frictionless robots themselves?

T.G.I. Friday’s, that exemplar of assembly-line dining, has some fantastic ideas. At a recent leadership conference in Dallas they passed out a “diversity and inclusion” workshop guide entitled LTR: Leadership That Rocks“which is funny, because almost nothing rocks in Dallas. It was here, in the epicenter of soulless corporate culture, that back in 1972 Daniel R. Scoggin started turning Alan Stillman’s fledgling chain from a singles bar to a family-friendly “flair” nightmare. Today the company has spread across the planet, with restaurants in over 60 countries, 30 new stores set to open in the Middle East, and ongoing plans for intergalactic franchises all the way to Andromeda.

“So here we have a robot that can synthesize a diverse workforce for us”but how can we transform diverse workers into frictionless robots themselves?”

We begin with a red, white and blue beach ball so big that with three people standing on the three equal sides, each can only see one color. What color is the beach ball? To know that, you have to know which side of the ball the boss stands [on.]

Scoggin may be off leading the boho literary life now, but the Leadership that Rocks manual carries on his legacy, filled with bizarre brainwashing and role-playing exercises packed with more cheese than a Friday’s loaded potato skin.

The lesson plan begins with an indoctrination into the company’s “Culture of Inclusion.” The session leader presents statistics on the future of American diversity, which may or may not be true: in the next 40-50 years minorities will be the majority, women already have 80 percent of consumer buying power in America, blah blah. Confronted with the uncomfortable idea of ethnic displacement, white managers are instructed to look within themselves and meditate on “What I Know, What I Think I Know, What I Know I Don”t Know, and What I Don”t Know I Don”t Know” about diversity.

Personally, I don”t know what I don”t know because, well, I don”t know it. But fortunately, our poor ignorant managers are offered a life raft: the “Dimensions of Diversity Model.” This model uses simple PowerPoint graphics to show all the different ways an employee can add exotic diversity value, from the merely organizational (did he once work at Chili’s?) to what Friday’s apparently considers deeply personal (race, gender, “working style”). Thus managers are shown the shape of the human soul as seen from the bottom line, that they may properly boil any individual employee down into plastic parts to be attached to profile folders like ears on a Mr. (or Mrs.) Potato Head. Attach genitalia. Add racial bloodline. Fill in spiritual perspective. Review work history.

What do you do with this ethnic homunculus? Make it make money for the company. The same technique can be used on consumers.

In order to prepare future T.G.I. Fridroids for customer relations crises, the class breaks into groups for a fun activity. Participants are asked to role-play various scenarios involving insensitive people. Each “case study” exploits a stereotype: the male customer who doesn”t want the dirty gay waiter to touch his food, or the manager, apparently a victim of OCD, who moves a Latino server into the kitchen so he”ll be with his kind.

The most interesting is Case Study #3:

As you approach the host stand, you overhear a server, Helen, complaining to the host, John. “Last night,” Helen says to John, “you only seated African Americans in my section and you can”t do that to me again tonight. You know women never tip; you have to spread those tables around. It isn”t fair to give them all to me.”

Who is Helen talking about here? Is her problem with black people or women? I suspect that someone at corporate forgot to toss “African Americans” down the memory hole. How many fingers am I holding up, Winston?