Thank God for the Proud Boys 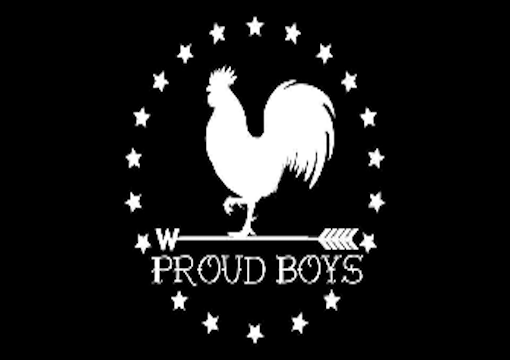 A little more than a year ago, 2,000 antifa tried to shut down my speech at UC Berkeley, according to police on the scene. The Berkeley police chief had ordered her officers to stand outside the building like mute ninjas, and make no arrests, unless they personally witnessed a felony being committed in front of them.

So barring a bank suddenly popping up on the sidewalk and an antifa attempting to rob it, I had no official protection from 2,000 violent, mentally disturbed thugs.

Thank God I had the Proud Boys.

There had been no warning of the antifa mobilization against me until an hour before the event, when they showed up, with a thousand of them at each entrance to the building where I was to speak.

Luckily, I’d invited about 20 Proud Boys from northern California chapters to attend my speech. If I hadn’t, I might not have made it to the campus at all. (If antifa had won, at least you would have heard about my visit to Berkeley, because the media would have reported on it triumphantly.)

“They want American citizens to be defenseless against antifa stormtroopers.”

The College Republicans had booked a private room for dinner in an Oakland restaurant earlier that evening, so I invited the Proud Boys to meet me there 45 minutes before the students arrived. We all had to recognize one another, in case they were needed to help deal with any violence during my speech.

College Republicans are absolutely fantastic, but generally are about as prepared for hand-to-hand combat as I am.

By contrast, the Proud Boys are brawny, tattooed brutes. Many are ex-military. Some worked security for a living, so my bodyguard planned to use a few of them as auxiliary troops, and the rest would get VIP seats so they could be spread throughout the audience in case of pandemonium.

As I was taking pictures with the Proud Boys at the restaurant, a freakish transgender in combat boots, fishnet stockings and a man-bun snuck into our private room via a back staircase. It seems that a rainbow-haired waitress had spotted me during the 30 seconds I was passing through the public part of the restaurant, and had called in my location to her antifa pals.

Poor Fishnet Boy surely had expected to burst in on 99-pound me having a nice dinner with a group of sweet College Republicans. Instead, he (she?) walked into what must have looked like a Hell’s Angels convention.

Not so brave, now, eh, Fishnet Boy? He/She bowed his head, pretended to use the cash register, and quickly made his exit.

But by now, my whereabouts had been posted on the antifa Facebook page, and they were coming to the restaurant. We found out only because the post was spotted by the wife of a Proud Boy, who was monitoring antifa internet chatter from home. Thank you, Proud Boys’ wife!

I’d barely been seated with the students for 15 minutes when my bodyguard told me we had to go. Antifa were starting to gather outside the restaurant.

Unfortunately, our Suburban was in a parking lot four blocks away.

Again, thank God for the Proud Boys. About a dozen of them surrounded me as we made our way to the garage, so that I was free to wave and smile at the black-clad loons screaming that I was a Nazi white supremacist bitch. Which book have you read?

At the garage, the Proud Boys cleared the stairwells and elevator, and safely deposited me into our Suburban, all while I was being trailed by lunatics.

On campus, I strolled with my bodyguard by the 200-yard line of officers — ordered to make no arrests — with shrieking sociopaths just on the other side of the line. Once inside the building, the Proud Boys stood guard at my green room, behind the stage, in the hallways — already lined with cops — and in the audience, until the speech was over and I left. (It was a huge hit!)

Now you know why the left defames the Proud Boys. They want American citizens to be defenseless against antifa stormtroopers.

When have the Proud Boys ever started a fight? Answer: Never. Their motto is: “We don’t start fights, we finish them.” And they have, protecting me and the nice people coming to see me, all over the country — Los Angeles, Philadelphia, New York and San Francisco, among other places.

Until you’ve been face-to-face with black-clad psychos who want you dead, you will never understand the undying devotion to the Proud Boys among those of us who have.

Here’s something the media won’t tell you: In a public statement on Dec. 22, 2020, the Proud Boys officially announced they would not be attending Trump’s Jan. 6 rally in Washington, D.C. (Video here: twitter.com/censoreddottv/status/1350873800133533697). And you know why? As founder Gavin McInnes said:

“It’s one thing when people want you dead. In this case you also have the politicians, and the justice system, and the media also wanting [the Proud Boys] dead. So when you get stabbed, it becomes: ‘FOUR PEOPLE STABBED AT PROUD BOYS THING!’… All of those factors together is a perfect storm for MUR-DER.”

A lot of good staying away did them! Of more than 5,000 Proud Boys worldwide, fewer than 10 entered the Capitol that day, and — according to the indictment — took selfies.

Liberals want their antifa/BLM goons to be free to intimidate, hospitalize and — in at least two cases last year — murder their opponents. That’s why they must criminalize men who protect the innocent.