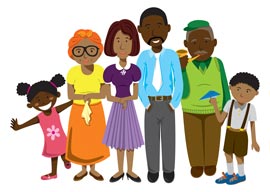 One of the saddest parts of growing old is the realization that some of the best and most incisive books you read in your youth have had damn near zero impact on the world. 1988’s “That Noble Dream: The ‘Objectivity Question’ and the American Historical Profession” by Peter Novick is one of the best books ever written about history as a discipline and historians as fallible human beings. At its core, “That Noble Dream” explores the struggle for objectivity in a field that attracts relativism, cooked data, and political influence the way an egg salad sandwich left in the sun attracts bacteria.

In service of his larger point about objectivity, Novick zeroes in on several specific case studies from the 1960s and “70s involving race and gender. These case studies are all, without exception, still relevant. In the chapter titled “Every group its own historian,” Novick writes:

“It is a truism that all historical writing, at least on highly charged subjects, is the product of a particular moment in time, which shapes historians’ decisions about what needs to be explained; which often leads them to conclude that their social responsibilities require that they write history of a certain sort.”

“These days, the Internet exposes millions of people to misinformation, and it’s a lot easier to stumble across nonsense purely by chance.”

Novick details the about-face that occurred among black historians and sociologists after the 1965 Moynihan Report (“The Negro Family: The Case for National Action”) was released. The report sympathetically addressed the concerns of many in the black community regarding the disproportionately low number of nuclear families and the disproportionately high number of single mothers. But now that “whitey” was finally addressing the community’s concerns, something greater was lost “ namely the ability of black activists to slam white America for being blind to their community’s ills.

“A new emphasis on the positive aspects of the black experience tended to crowd out older concerns. Arguments extolling the strengths and virtues of black families replaced those that underlined the deterioration of black families. In fact, aspects of ghetto behavior described as pathological in the studies of the mid-1960s were reinterpreted or redefined as functional.”

The history of the black family was to be written based not on facts, but on political concerns. Accentuate the positive, and attack as “racist” those who address the negative.

Almost 30 years since “That Noble Dream,” it’s happening again. Postmillennial political correctness “ irrational, inflexible, and far worse than anything similar from the “80s “ combined with a desire to paint black life during the Obama years in the best possible light, has, once again, created a shift in focus. “Black family crisis? Ha! More like racist whites spreading lies about strong and healthy black families.”

I bring this up because this month the young know-nothings of the left “discovered” a report by the Centers for Disease Control disproving the “myth” of absentee black fathers. The report itself is well over a year old, and had previously been covered by The New York Times and other major media outlets. But we all know that excessive pot smoking leads to procrastination, so the millennials are just now getting around to singing the report’s praises.

The only problem is, the CDC report does nothing of the sort. What it says is that among fathers who live apart from their children, the percentage of black fathers who interact with their kids in the course of four weeks is roughly equal to the percentage of white fathers who do the same. But the larger concern is whether there’s a disproportionately high number of black fathers living apart from their kids. That’s the issue, and Alternet had to concede that point in an update to its story: “To be fair and complete, as pointed out in the comments, there is a significant difference in the rate of single-parent families across racial lines as this chart from the KidCount Datacenter shows here.”