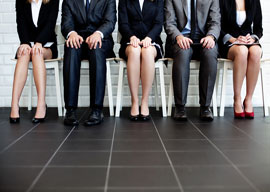 A striking feature of post-1968 liberalism is its obsession with the problems of people who don”t really have major problems. While activists of the past worried about the fate of coal miners or the unemployed, contemporary activists find more galvanizing the troubles, such as they are, of female students at the Harvard Business School.

I never went to Harvard, but my impression from attending a decent public B-School is that elite MBA students, male or female, have perhaps the fewest significant problems of any category of people imaginable. Still, since we”re living in the fallout of Team Obama’s decision to revive feminist resentments to turn out the vote, attention must be paid to HBS women’s oppression.

Thus, in “Harvard Business School Case Study: Gender Equity,” Jodi Kantor, a New York Times reporter and author of The Obamas, reports at length on the school administration’s experiment in micromanaging the social lives of Harvard MBA students to overcome that most pressing problem of our day: Women at HBS average lower grades than their male colleagues.

Of course, HBS grads receive a median starting salary of $120,000, with three quarters of them earning starting bonuses averaging an additional $25,000.

Moreover, it’s not clear that B-School grades matter, except to business academics, such as the most intense of Harvard’s social engineer deans, Frances Frei, a physically imposing former college basketball player whose gender is most readily ascertained from there being an “e” rather than an “i” in “Frances.”

“A striking feature of post-1968 liberalism is its obsession with the problems of people who don”t really have major problems.”

It’s been over three decades since I earned an MBA (UCLA, “82), so don”t rely upon my advice, but job interviewers back then quickly got the message across that boasting about grades was bumptious. (And when you finally get a job, it turns out your boss isn”t interested in your GPA at all.)

In my experience, B-School was a blast. While college demands much solitary study in the library, MBA programs emphasize teamwork. And your fellow students aren”t overgrown high-schoolers, but adults in their primes.

These six-figure starting salaries aren”t quite as bizarre as they may seem, since B-Schools, unlike law schools, seldom admit students straight out of college. I entered UCLA at 21 in 1980, but soon afterwards most MBA programs figured out that the easiest way to inflate the number by which their prestige is most evaluated”their graduates” starting salaries”was to accept only students who were already making large chunks of money. That’s why the median age of students admitted to Harvard’s two-year program is 27.

And that’s important for understanding the subtext of Kantor’s long article. In modern America, ages 27 to 29 are prime time to get engaged.

Kantor, a psychologically astute observer who sometimes pecks gently at the weakest points in current thinking’s superstructure, can”t quite come out and say what she thinks is going on, but she weaves in enough anecdotal details to get across her apparent surmise. For example, she tells of Neda Navab, a 25-year-old female student who flunks a test because she was hung over from a dinner party with some entrepreneurs the night before:

“If I were in college, I would have said let’s do this after the midterm,” she said later. But she wanted to meet someone soon, maybe at Harvard, which she and other students feared could be their “last chance among cream-of-the-crop-type people,” as she put it.

“I had no idea who, as a single woman, I was meant to be on campus,” she said later. Were her priorities “purely professional, were they academic, were they to start dating someone?”

Of course, having the opportunity to choose among glittering professional, academic, and sexual opportunities is a good thing. (Later we learn that “Ms. Navab, who had started dating one of the men”with an M.D. and an M.B.A.”from the Ethiopian dinner, had felt freer to focus on her career once she was paired off.” So her fate turns out less tragic than it had seemed.)

The roots of the Harvard B-School plan to purge sexism go back to Larry Summers’s 2005 gaffe in which the then-Harvard president offered three sophisticated explanations of why tenured women professors were scarce in the Harvard math, science, and engineering departments:

“¢ Raising children is generally more work for mothers than for fathers.

“¢ There are more males at both the low end and the high end of the IQ bell curve, but only high-IQ people are candidates for Harvard professorships.

As reparations for his crimethink, Summers offered $50 million to Harvard’s Head Feminist in Charge, Drew Gilpin Faust of the Radcliffe Institute. Summers was then forced out of office for this and other more interesting scandals. Unsurprisingly, his replacement was Dr. Faust. (Fifty million dollars can buy you a lot of popularity).