That’s What They Want You to Think 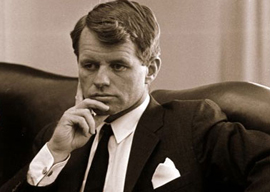 Oliver Stone finally has an entertaining movie”Savages“out in theaters again. It’s time to try to do something Stone can”t, which is think dispassionately about conspiracy theories.

As Kevin Spacey explained in The Usual Suspects, “The greatest trick the devil ever pulled was convincing the world he did not exist.” Something similar could be said of how the labeling of any inconvenient idea as a “conspiracy theory” has evolved into a seemingly all-purpose refutation.

The flagrant stupidity of most conspiracy theories popular during my lifetime, as epitomized by Stone’s 1991 masterpiece/fiasco JFK (in which the entire military-industrial complex plots to murder John F. Kennedy by hiring some flaming French Quarter homosexuals), serves to inoculate the powerful against the suspicion that they have influence (or responsibility) regarding events.

It wasn”t always like this. Until recently, it was widely understood that numerous turning points in history”such as the assassinations of Julius Caesar, Abraham Lincoln, and Archduke Franz Ferdinand“were the results of conspiracies.

Hardheaded insiders initially seemed to assume that John F. Kennedy was the victim of a conspiracy. The new president, Lyndon Baines Johnson, assumed what happened in Dallas was Fidel Castro’s payback for Kennedy sending the CIA to kill him. Attorney General Robert F. Kennedy immediately came up with three potential conspiracies that he assigned his Justice Department confidants to investigate, the Mafia being the most likely culprit in his eyes.

“The labeling of any inconvenient idea as a “conspiracy theory” has evolved into a seemingly all-purpose refutation.”

Oswald turned out not to be the right-wing extremist as was widely assumed and/or hoped. Instead, he had defected to the Soviet Union from 1959-1962, a horrifying revelation that raised the possibility of World War III. On November 24, 1963, Oswald was in turn assassinated by Jack Ruby, who had Chicago gangland ties.

Two Lone Nut Gunmen in one city in two days is rather odd. What’s even weirder is that both had connections to organizations that murder individuals as part of their business operations. Lots of people in Dallas owned a rifle like Oswald, but very few of them had defected to the Soviet Union. Lots of people in Dallas had a pistol like Ruby, but few of them were mob-connected.

Stylizing the facts heavily, there are only four possibilities:

None of these is terribly attractive, logically or aesthetically. Numbers 2 and 3 are internally and externally inconsistent. You would have to argue that Where There’s Smoke, There’s Fire in Oswald’s case, but not in Ruby’s (or vice-versa). That doesn’t mean either 2 or 3 aren”t true, just that they are unappealingly contradictory.

Number 1 leads to the question: Were Oswald and Ruby in the same conspiracy? Two separate simultaneous conspiracies strains belief. But in this case, so does one conspiracy. What kind of plot encompasses communists and the Mafia?

That leaves us with Number 4: Two lone gunmen.

I guess that’s the best we can do. Yet it’s not such a satisfactory explanation that it should serve to permanently discredit the notion that not everything that happens is a random accident.