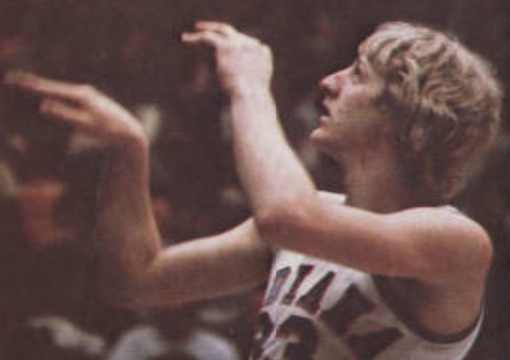 It’s an incident that’s gone unreported outside the tightly knit community of science nerds and “skeptics.” Now, when I use the word “skeptics,” I’m not speaking of those who dare to question the “science” behind some of today’s nuttiest pseudoscientific manias (toddlers must be masked! You can’t catch Covid at a BLM riot! A biological man who thinks he’s a woman becomes a biological woman!).

No, those skeptics are bad skeptics! Fascist, insurrectionist, genocidal skeptics.

That’s good skepticism! That’s relevant skepticism! Do you know how many people drown each year searching for Nessie? Well, none, but the CDC, using its creative mathematical formula for tabulating Florida Covid deaths, would probably say well over 10,000, and if you question that figure Nancy Pelosi will come to your home and bark “science science science science science” at you until you acquiesce.

These days, skeptic podcasts are everywhere. You’d be surprised how many Americans love hearing a guy tell them for the 5,000th time that there’s no Bigfoot (FYI, these people almost certainly consider themselves your intellectual superiors).

Dr. Brian Keating hosts the extremely popular skeptic podcast Into the Impossible. Keating is a Distinguished Professor of Physics at the Center for Astrophysics and Space Sciences at UC San Diego. He’s also a Catholic who became a Jew and a white guy who became an honorary member of the National Society of Black Physicists.

Props to the guy; he can ingratiate like a sumbitch.

But even with his honorary yarmulke and kanzu, Keating still managed to run afoul of the Black Ness Monster.

Which brings us to Neil deGrasse Tyson.

Tyson is the very definition of an intellectual lightweight artificially elevated to the status of “big thinker.” You could write a book about all the things he’s clumsily gotten wrong, from bats to penguins to ignorantly sowing mass confusion about the difference between mean and median. Yet because he’s black, we’re supposed to worship him as the biggest-brained science explainer to ever walk the earth (for some strange reason, his Wikipedia page is kept clean of a “criticisms” category…boy, to have that privilege!).

What could go wrong?

“Tyson is the very definition of an intellectual lightweight artificially elevated to the status of ‘big thinker.’”

A lot. And it was so bad that Keating didn’t even know if he wanted to air it.

On July 21, he tweeted a clip he’d withheld, with the caveat:

I debated whether or not to release this clip. I know I don’t come off so great…and that’s ok. In the end, I thought my dialogue with @neiltyson was worth a listen by everyone navigating difficult conversations.

So what happened? Did Keating slip up and admit that a black man didn’t invent the lightbulb? Did he dare to point out that Newton wasn’t Bantu? Did he accidentally refer to Tyson as “my science nigga”?

Nope. Keating complimented Tyson on being “gifted,” a “natural” communicator.

Tyson stopped the show cold. “I’m gonna call you out on somethin’,” he told Keating. “I’m gonna pull the race card on you. There’s a tendency for a white person, upon seeing a highly talented black person, to say, ‘Oh, it’s a gift, it’s just genetic.’ Rather than say, ‘Boy, you must’ve worked really hard to achieve that.’”

Dripping with self-righteous condescension, Tyson claimed that Keating didn’t even have it in him to recognize a black man’s hard work.

“This is what I live through,” Tyson bemoaned, “hearing that I have a ‘gift.’”

For ten agonizing minutes, Tyson lectured Keating, who meekly apologized and thanked the holy black man for setting him straight. He even went so far as to say, “I hate racists, Neil. I punch ’em in the friggin’ face.”

2021 America in a nutshell: Enlightened scientists brag about punching people who have “bad” ideas.

Maybe just put a sword to their throat and demand they recant?

Enter “scientist” Dr. Michael Shermer, arguably the nation’s No. 1 septic (sorry, forgot the “k”). Shermer runs the “Skeptic Society” (motto: “Over Three Billion Bigfoots Debunked”), and for over twenty years he’s been the mainstream media’s go-to guy for “approved” skepticism. Mikey and I have a 28-year history; no need to go into detail beyond the fact that in 2014 he had his lawyers try to get my book banned in the most literal sense (as in, not just pulled from Amazon, but withdrawn entirely from circulation) because he didn’t like how he came off in it.

I mention that only because Shermer is Keating’s pal, and the two of them recently did a podcast about the importance of not suppressing “bad” speech.

And that’s modern “skepticism” for ya: two guys, one who tried to literally ban a book and one who brags about punching racists, cosplaying as sophisticated intellectuals who believe in free speech for those with whom they disagree.

So Shermer—even more of a lightweight than Tyson (and, like Tyson, a possible sexual miscreant)—retweeted Keating’s post of the Tyson clip. And being a dick, he of course felt the need to pile on:

Blacks being told they’re “gifted” or have “natural talents” is old racist trope that started with athletes—Magic Johnson is gifted, Larry Bird works hard—from older tropes about lazy blacks (so successful ones must be gifted).

I thought I’d have some fun with my old nemesis. Knowing that Shermer would never answer an email from me, I asked a friend if he could be my front. My friend, himself curious to see Shermer’s reply, agreed.

We emailed Shermer (abridged for space; relevant sections excerpted below):

Dr. Shermer, you might be interested in this 2020 interview with Michael Jordan (and I’m assuming you’ll agree that he knows something about basketball), in which he makes the point that Bird worked hard to overcome a lack of natural talent:

“Jordan believed that Bird is aware that he doesn’t have the physique and athletic abilities that other players have but still managed to ‘overcome’ all of it in a competitive way. ‘He overcomes a lot of the things regarding natural ability that he doesn’t have. He is not the quickest guy, he can’t jump, but he overcomes it really well.’”

Everyone thinks they “work hard.” Tyson might indeed be a “natural” to some degree while still sincerely believing he “works hard” and while still genuinely working hard to some degree. Few successful people sit around thinking “I didn’t even have to work for any of this!” Even Paris Hilton claimed to “work hard” when she was on TV, and I bet she believed it. But separate from what we tell ourselves, some people might indeed be more naturally skilled than others. It’s not “pseudoscience” to accept that possibility.

Also, there’s no shortage of whites who are widely considered “naturals” at sports, Babe Ruth being one good example.

None of what you write has anything to do with the point I was making. HISTORICALLY, a centuries-long stereotype about blacks is that they’re lazy. How, then, to explain successful blacks post slavery, post Jim Crow, post civil rights movement…they’re naturally gifted. Lazy people don’t work hard so something else is needed to explain the success, namely genes/nature. Of course it’s a ridiculous stereotype and wrong. Everyone has to work hard, and of course anyone at the level of professional sports like the NBA that is so lucrative that the sample size weeding out anyone under six sigma is sizable.

As for Jordan’s comment on Bird, I don’t think you’re reading that passage as I am, namely, it wasn’t that Bird worked harder than, say, Jordan or Magic, but that he “overcomes” it by developing other natural skills that he does have. Okay, so he can’t jump, but he can sure hit from downtown, and execute play passes, and the more pressure in the game the better he was. Those too are “natural” skills that other NBA players didn’t have.

See what he did there? “Overcoming” a lack of natural skills by “developing” other skills is itself a “natural skill”! Finding new skills to overcome deficiencies (exactly what Tyson claims he did) is a “natural skill.” Meaning that, by Shermer’s definition, if Bird is “naturally gifted,” so is Tyson.

And Shermer cut off the correspondence; he had Bigfoots to debunk.

Scientists and skeptics who claim to combat faulty thinking refuse to confront confirmation bias, the driving force behind today’s “everything is racist” mania. Rather than being opposed, confirmation bias is encouraged and supported in academia and other “enlightened” circles.

“Even more brilliant! Here’s your PhD.”

Keating, Shermer, and their colleagues have abrogated their responsibility to counter such lunacy, to expose fallacious thinking, to explain how the human brain loves a good story, how it weaves tapestries from fragments, how it seeks patterns and order, and how the “order” it imposes is often false.

Guarding against confirmation bias is one of the most important skills of a sound thinker. “Skeptics” will make exactly that point when critiquing followers of medical quackery or psychic charlatanism. But never regarding race hustlers.

That’s why these are the “good” skeptics.

Better to provoke Bigfoot, who’s rather unlikely to retaliate.