The Age of Black Rage 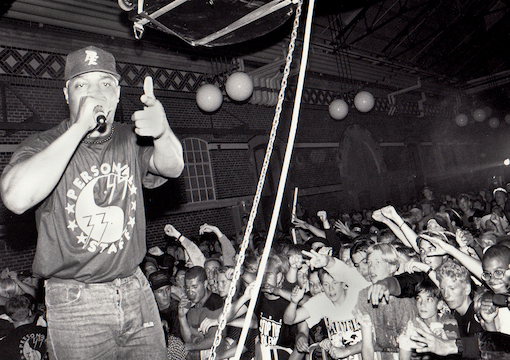 General Mark Milley seems like a guy who’s been able to live a functional life while afflicted with minimal brain damage. Not enough damage to appear retarded; he can do a job, he can be social, he can probably solve basic math equations. But put him on the hot seat, make him answer questions under pressure, and the mental deficiencies reveal themselves.

Last week, during a House Armed Services Committee hearing, the Joint Chiefs chairman was asked about the military’s current obsession with preaching “critical race theory” to its recruits. After checking his watch to make sure he wasn’t missing Wapner, the general replied:

I do think it’s important, actually, for those of us in uniform to be open-minded and be widely read. And the United States Military Academy is a university. And it is important that we train and we understand—and I want to understand white rage. And I’m white. So, what is it that caused thousands of people to assault this building and try to overturn the Constitution of the United States of America? What caused that? I want to find that out.

See, there’s yer retardation. The dude says “What caused it? I want to find out,” after already stating that he knows what caused it: “white rage.” It’s that godawful affectation, which I’ve mocked in previous columns in relation to Holocaust deniers: half-wit ideologues masquerading as seekers of knowledge who are “only asking questions.” It’s a way for people with unreasonable beliefs to present as reasonable, the standard evasion of the incurably dense. Make a baseless claim, then back it up not with facts but with “Hey, I’m only asking qweeeeestions (even though I’m actually making declarations).”

Still, General Kallikak managed to set Twitter afire with the term “white rage.” And as I saw lefties and righties going at it all week over the concept, I wondered how many of them remember, or know about, that time in 1994 when “black rage” was all the rage among pundits and politicos.

I’ll “circle back” to that shortly, but first, let’s take the wayback machine to 1990. That was the year the rap group Public Enemy released its magnum opus Fear of a Black Planet. Full disclosure: I can’t stand rap. There are only two types of music that physically repel me: rap and mariachi. But my rap-loving friends tell me that Fear of a Black Planet is a good album, and these are people I respect so I’ll take their word for it.

The initial copies of the album contained supplemental material tucked inside (for you kids who only know MP3s, back in the days of actual record albums, it was commonplace for LPs to include liner notes and sometimes even small booklets). What Public Enemy chose for Fear of a Black Planet was a fifteen-page essay titled “The Cress Theory of Color-Confrontation and Racism (White Supremacy).”

As explained by the band’s members, the “Cress Theory” was necessary to understand the album’s themes. Lead “singer” Chuck D explicitly stated that the entire album was a musical ode to, and illustration of, the Cress Theory.

So what is the Cress Theory? Well, critical race theory, pure ’n’ simple. It was written in 1970 by Washington psychiatrist Frances Cress Welsing, a certifiable lunatic who today would likely be provost of Harvard or head of Biden’s DOJ.

In Welsing’s own words, here’s her theory in a nutshell:

Racism (white supremacy) is the local and global power system dynamic, structured and maintained by those who classify themselves as white; whether consciously or subconsciously determined; this system consists of patterns of perception, logic, symbol formation, thought, speech, action and emotional response, as conducted simultaneously in all areas of people activity: economics, education, entertainment, labor, law, politics, religion, sex, and war. The ultimate purpose of the system is to ensure white genetic survival and to prevent white genetic annihilation on Earth—a planet in which the overwhelming majority of people are classified as non-white, (black, brown, red, and yellow) by white skinned people.

In later works, Welsing would describe white people as “genetically defective descendants of albino mutants” who’d been expelled from Africa by the noble black pyramid-builders. In retaliation, whites gave blacks AIDS, cancer, and homosexuality. To her dying day, Welsing held fast to her view that whites are subhuman, hence why they create institutions that keep the real humans (blacks) subjugated. As she explained to the L.A. Times while promoting the album’s release,

I define racism as a global system of behavior that exists for the purpose of white genetic survival. I understand that my theory is disturbing. But science can be disturbing…. White people must first acknowledge that something awful has been going on, just as the Germans would have to accept responsibility for what they did in the Holocaust. Unfortunately, in white America, there’s a denial among 99% of the people that anything has happened.

Line for line that quote could’ve come from any academic today defending CRT.

A small (very small) number of people objected to Public Enemy’s promotion of Welsing’s claptrap. Entertainment Weekly music critic Greg Sandow wrote, “It’s understandable to be frustrated and infuriated by racism, but this explanation is really loony. It’s crackpot and offensive. You don’t know whether to laugh or weep.”

But most critics hailed the album and supplemental material as genius. L.A. Times music critic Robert Hilburn called it a “confrontational social commentary” that “questions the integrity of a nation where black blood is considered impure.”

The album was a hit, selling over a million copies in its first week, and Welsing was honored as one of the “Legends in Our Time” by Essence magazine.

Looking back, one of the things I recall quite vividly is how my white friends who dug the album dismissed the Cress Theory as silly and inconsequential. “Oh those wacky black musicians! Guuud fer them voicing their opinions! I don’t have to agree to allow them the right to have their say.”

And now those whiteys have kids who are forced to learn the Cress Theory in school, or at work, or in the armed forces, and hey guess what morons, you’re no longer allowed the right to disagree.

Shoulda nipped that cancer in the bud in 1990. But that’s the irony: The Cress Theory, which denied white tolerance, grew and metastasized because of white tolerance. If whites were as evil as Welsing claimed, Fear of a Black Planet would’ve been mass-burned like a Judas Priest album at an evangelical BBQ. But no, it was embraced by whites.

And here’s the corker: As whites were tolerating—even dancing to—Welsing’s race hatred, Welsing herself was being denied tenure at Howard University, where she’d been properly pegged as a maniac. She told the L.A. Times that the tenure rejection “was definitely because of my political theories. I spoke with the head of the medical school who told me he felt my ideas did not make sense.”

While whites were beatboxing to what would become the theme song of their twilight, commonsense black academics were calling a psycho a psycho.

In 1990, whites could afford to Pied Piper to their own exit music. After all, few would’ve believed that the Cress Theory would eventually become state religion. And black (actual) intellectuals still had a place in the black intelligentsia. Those days are long over. Today, whites are paying the price for taking antiwhite racism too lightly, and sane blacks in academia and the media are muzzled as batshit-insane blacks are amplified.

The Public Enemy/Cress Theory episode was a leftist Manhattan Project. It was a weapons test. It demonstrated that whites will joyfully sing along to their own destruction, and it pinpointed the need to excommunicate high-functioning blacks who are willing to call bullshit on their own people.

But not everything that was workshopped in the 1990s went so smoothly. Sometimes the focus grouping led the left to conclude that an idea needed tweaking.

Such was the case with “black rage.”

On Dec. 7, 1993, Colin Ferguson, a Jamaican immigrant and Cress Theory true believer, gunned down 25 people on the Long Island Railroad, killing six. Ferguson targeted whites primarily, and Asians for good measure. During his trial in 1994, Ferguson, assisted by the “legendary” Jewish lawyers William Kunstler and Ron Kuby (two vile caricatures born of a Julius Streicher wet dream), decided to plead “black rage” as his defense. The gist of the argument was that blacks are so terribly oppressed in modern-day America that of course it’s only reasonable for a black man to gun down every white and Asian in sight.

As the Chicago Tribune reported in June ’94,

A trial that once seemed open-and-shut has suddenly become a test case. Kunstler and Kuby are not merely hoping they have come up with a theory that will save their client. They are hoping to introduce a legal concept that will serve other black defendants and transform black-white relations in America. Any black defendant can now use it to excuse the violence he commits. One doesn’t, as with battered woman syndrome, have to prove that one was uniquely victimized. Skin color alone is enough. “Nobody is saying Colin Ferguson did a good thing,” Kuby asserts. “We’re just saying that he was not responsible for his own conduct. White racism is to blame.” For Kunstler and Kuby, using a defense that strikes fear in whites is deliberate. It’s a way, Kunstler insists, of making whites “come to terms with racism.” Kuby is even more outspoken. “The more the white community fears African-Americans, the better,” he says.

The Tribune warned that this was a poor strategy: “Fear doesn’t inspire investment [in the black community]. It is easier to think of hiring more police than putting money into areas where nobody feels safe.”

And indeed, the years following the Colin Ferguson trial saw an unprecedented explosion of tough-on-crime policies…commonsense, lifesaving laws that even pre-dementia Joe Biden championed. “Black rage” backfired, but the civilization-destroying monsters behind it learned a lesson. Ascribe “racial rage” not to the heroes but the villains. If you wish to turn society against a particular people, accuse them of racial rage.

The Ferguson defense was most certainly a “test case.” And while it continues to be blacks who are filled with rage, the elites and their drones (like General Milley) have learned from the failed trial balloon. Screaming “black rage” inspired fear of blacks. It led to more policing and stiffer sentences for criminals. So reverse the process. Scream “white rage” and hope for the opposite results: fear of whitey, less policing, and decarceration of black thugs.

The left learns from its successes and failures.

But hey, the Cress Theory’s got a good beat and you can dance to it. And if white Americans are slowly waking up to the menace of CRT, great. It’s just unfortunate that thirty years ago whites were too busy gettin’ down to stop the spread of that cancer before it became inoperable.