The Barred of Avon 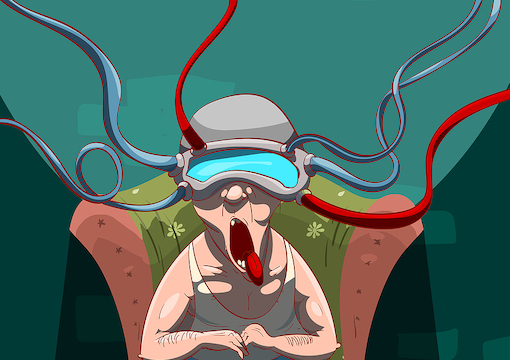 GSTAAD—The sun has returned, the snow is so-so, and exercise has replaced everything, including romance. What a way to go, after a wasted year that did wonders for my health, the diet is about to kill the patient. This is the good-bad news, the really great news is that Shakespeare has been canceled by some woke American female teachers because they think his classic works promote “misogyny, racism, homophobia, classism, anti Semitism, and misogynoir.” This is a direct quote and all I can say is, although I am perhaps overly attached to the past, no wonder so many people love Shakespeare.

There is nothing like what’s going on in America today. In old Europe people can be arrested for saying mean things, like a woman’s breasts are too big, whereas in America they are allowed to say anything, even that a woman’s tits are too small. Instead of arresting offenders, the Americans cancel them. I don’t think Shakespeare ever dealt with women’s bosoms at length, if at all, but he’s been canceled for making Shylock a sympathetic character, if a bit money-minded, and Othello a bit dark and slightly jealous. Shakespeare’s critics, and they are many in America, especially among women, are particularly annoyed about Romeo being some kind of hero; they find the poor sod suffering from toxic masculinity.

“After Shakespeare, whose turn is next?”

After Shakespeare, whose turn is next? The Bard is denounced as a louse, but what about those ghastly Greeks? Now that young fop-wop Romeo has fallen foul of the girls and is seen to suffer from toxic masculinity, what about Orestes? He killed his own mother for what she did to his daddy, and if that’s not toxic masculinity, I don’t know what is. And it gets worse. These American female schoolteachers who have banned Willie have not uttered a word against Sophocles and his Oedipus, not to mention Jocasta. The mother and son made whoopee together, the son blinded himself as a result while she committed Greek seppuku, yet one’s free to read about them in a Bronx high school textbook. (Except I don’t think Oedi and Jo are exactly conversation pieces among the gangbangers in the Bronx.)

Mind you, it is far more likely to have an Oedipus-Jocasta situation in the Bronx today than a Romeo-Juliet one. Call me cynical, but 13-year-olds are giving birth in the land of the canceled every day, so a modern Sophocles is more likely to emerge and write about an Oedipus complex than a Puerto Rican Shakespeare about R&J. Never mind. Education in America, already lousy in overcrowded schools with high school graduates who cannot read in some cases, has now found a new villain in Shakespeare. It is not enough that poor young Americans are hardly literate at 18 years of age, they now have woke standards to uphold on their way to becoming total simpletons.

After a consultation with old Pythia at her oracle in Delphi, I see an educational gulag in the making. The system used by the Chinese to this day was called reeducation, but I prefer brainwashing. Americans, I predict, will be mercilessly brainwashed until they forget every Greek, Roman, German, and Brit—in fact, every white motherfucker who ever put words on stone, papyrus. or paper. There will be, to be sure, certain pockets of resistance to this trend, but by and large woke brigades will do away with Western culture, which has always been their goal.

Every day brings fresh news from anguished oldies who cry out for help in warding off still-greater horrors they see in store for them. Hollywood movies are now substituted for classic texts, films that show how whiteness is the real enemy of mankind. I have always had a beef with Hollywood because it has never really taken to the old Greeks. I remember when still in my teens I went to see a film about the Trojan War, with Helen of Troy depicted by the sexy bomba Rosanna Podesta. Oh how I suffered watching the sexy one flirt with that archvillain Paris, but then Menelaos came onto the screen and I became Orlando Furioso. He was fat, bearded, and ugly, as was his brother and leader of the Greeks, Agamemnon. I was in my teens, otherwise I would have gone to Hollywood and made mincemeat out of the bum who cast two slobs as our two great kings.

Of all the Hollywood films about that period, and I used to line up to see them all, only one, about the immortal 300 Spartans in Thermopylae, with Richard Egan playing Leonidas, did us justice. The latest atrocity about the 300 was the worst ever. I went to see it with two karatekas, Richard Amos and John Rigas, and I walked out. They laughed at me, but I was right. The flick showed some kind of freak monster leading the Persian hordes, and although the Spartans came out okay, sci-fi has no business in historical fact. If anything should be canceled it should be sci-fi. Art and history must be defended, but if we allow the modern barbarians to even argue their case, we will find ourselves collaborating with our enemies on the destruction of the very things we have set out to defend and preserve. Let the barbarians cancel whom they like, while we cancel them, their movies, their newspapers, and, most important of all, their social media.