The Beejay Guy Is GOP? Victory Is Ours! 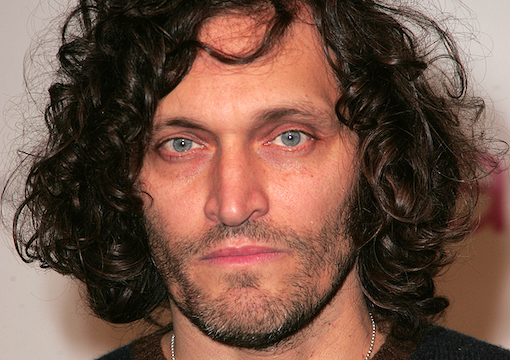 One of my favorite YouTube channels is called Fascinating Horror. It’s a British dude who narrates tales of little-known mass-casualty events over the centuries. I like the channel because occasionally he’ll dredge up an incident I’ve never heard of (and I’m pretty well-versed in historical mass-casualty events). Like, I never knew about the douchebag circus clown whose idiotic antics inadvertently led to 59 kids drowning in Yarmouth in 1845.

Now I know, and it gives me yet another reason to find clowns unfunny.

But the maddening thing about the channel is that the guy always has to end on an optimistic note. “Although 22 children were burned alive in the Sacramento Farrell’s, because of this incident mankind learned to never again fly a vintage Canadian jet fighter into a crowded ice cream parlor. Those children did not die in vain.”

“Demand that deep-pocketed publicity-seeking rightists who flash their money put it to actual good use.”

Sometimes there’s no happy ending, and it’s patronizing to tack one on.

I try to never do that in this column. If the news is grim, I feel no urge to paint a smiley face on it.

Like kids enjoying ice cream, we’re at our weakest when we’re lost in optimism and oblivious to the threats nearby (like “There’s a dumbass clumsily trying to fly a vintage Canadian jet fighter right across the street—this might end poorly”).

At present, the right’s feeling confident. Biden’s approval rating is so low, he’d lose in a matchup with a cancerous tumor, and everyone, right and left, just kinda accepts that in November a RED WAVE is comin’! The GOP will reclaim Congress and all the clouds that lour’d upon our house, in the deep bosom of the ocean buried.

Just like the midterm “red wave” of 2010 that “shellacked” Obammer. At the time, I was a big swingin’ dick with Friends of Abe (FOA), the moneyed Hollywood GOP org. Oh, how we partied the night of the “shellacking.” John Boehner himself flew out to Bel Air to thank us personally for our support.

And with the GOP back in control of Congress, America lived happily ever after.

Except…the Boehner Congress turned out to be a giant turd of neocon nothingness. And eight years later, Nancy Pelosi once again held the gavel, the Boehner “triumph” long dissipated like a dog fart in the wind.

Yes, the GOP will almost certainly retake the House in November. But it will do so because of Biden’s foul-ups, not the GOP’s “vision.” Like in 2010, Republican victory will be based on voters rejecting a disliked president. The GOP will win because it’s “the other guy,” not necessarily “the better guy.”

I bring up FOA for a reason: It’s a microcosm of the right in general. To begin with, FOA existed and functioned for one reason only—a rich dude and his money. Gary Sinise, at the time making huge bucks on CSI: NY, funded everything. There was a lame attempt circa 2011 to institute a “dues” system, but it didn’t last. One guy, one funder, made everything happen, from the banquets to the bars to flying the likes of Antonin Scalia, Condi Rice, and Dick Cheney to L.A. and putting them up in the finest hotels.

As such, our focus reflected that of our funder: FOA was first and foremost a neocon enterprise. “Support the troops, bomb the villages, drive over the IEDs, and give pretty ribbons to the limbless vets who lumber back.”

There were pro-lifers, and the occasional Ron Paul guy (closeted, because FOA was nothing if not Israel First!). But FOA was above all else an “invade the world/invite the world” org.

In July 2015 Donald Trump addressed the group just a few weeks after he’d announced his presidential run and uttered his infamous “rapists and criminals” comments. The timing was pure chance; the appearance had been scheduled months in advance. But, as it turned out, Trump’s FOA talk became the first big event—besieged by the first mass protest—following his entry into the race.

It was almost unheard of for FOA to host a non-amnesty politician. We were all about bleeding red and melting pots. Yet now, any Abes willing to brave the protests on Sunset Boulevard and the police lockdown of the entire hotel where the event took place due to the threat posed by violent anti-Trumpers would be treated to an FOA first: a candidate saying, “Shut the border and deport every illegal.”

Ann Coulter was in attendance that night, as she had a proprietary interest. Trump had taken what would become his winning platform directly from her, and there she was, like George Martin trying to keep the Beatles focused on music and not distracted by drugs or Yokos (and like Martin, she’d eventually lose that battle).

The best moment of the evening came when Trump declared that the U.S. should’ve invaded Mexico instead of Iraq. That was a direct face-shot to the group’s neocons, and in the aftermath of that speech, Sinise walked away from the org and took his money with him. With no controlling millionaire at the helm, the group fractured. Because whereas Boehner had asked nothing more of us than “be happy for our victory and don’t demand specifics,” Trump (again, based on Coulter’s platform) directly challenged the group to take a specific stand on an existential threat.

The neocons fled, and FOA dissolved. But to blame it entirely on “neoconism” is too simplistic. FOA was always comprised of people with no vision beyond a desire to have beer blasts (we were the literal Stonecutters) and brag about “wins” that were of no real value. Every new celebrity, major or minor, who became a member would be cause for celebration (especially if they were black). “Oh wow, we got the guy who played Theo’s friend in the Rudy Spills Grape Juice episode of The Cosby Show? We’re winning! Conservatives are the cool club!”

Trump dared the group to take up an actual cause, and many rejected the call to action. And of those who accepted the challenge, most would eventually forget about it the moment Trump did, mindlessly finding themselves once again championing irrelevant “coolness” over specific policies (“Trump just hired John Bolton and put Jared in charge of the border, but hey—look at this amazing meme of Trump pissing on weeping leftists! We’re winning!”).

When Sinise vamoosed, he handed the reins to a failed filmmaker (who’d never actually filmed anything) named Jeremy Boreing. Boreing didn’t possess the vision to make a movie, let alone steer a political org. He was a teat-suckler, and when Sinise closed his shirt, Boreing went searching for a new bare bosom, which he found in billionaire petroleum barons the Wilks brothers and their Daily Wire. Boreing shuttered FOA and joined Ben Shapiro as sucklings for new patrons with a narrow focus (for the Wilks, it’s fracking).

There are two takeaways here. The first is a point I’ve made many times in this column: Grassroots activists are of limited value. It’s always the money guys. The Tea Party was the Koch brothers, and it reflected their Con Inc. values (flag pins, low taxes, cheap foreign labor). FOA was Gary Sinise, and it reflected his “support the troops” obsession. When Trump showed up, a billionaire fronting a platform that dared conservatives to leave their comfort zone and support something that truly mattered in terms of staving off national decline, many longtime activists fled. And those who didn’t fell back into mediocrity when the billionaire did.

The second takeaway is, beware meaningless wins. Yes, the Boehner Congress slightly stifled Obama’s agenda. But it advanced nothing of value. It was pure defense. Demand more from the politicians, billionaires, and teat-sucklers. Don’t be so easily mollified by illusory victories that play to your weaknesses.

Think you’re up for that? Here’s your first test. In the weeks to come, you’ll be hearing a lot about a film titled Shut In. Jeremy Boreing still hasn’t made an actual movie, but he and Shapiro squirted some teat milk at a few other guys who did make a film that Boreing can finally put his name on. And Boreing is doing exactly what he did at FOA: celebrating a “win” because some celebrity turned out to be “one of us.”

Actor and indie filmmaker Vincent Gallo is primarily known for insisting that actress Chloë Sevigny go down on him—for real and on camera—in his widely panned 2003 film Brown Bunny (he also made the papers for trying to “hook up” with underage girls). It turns out Gallo is totally a “conservative,” and Boreing and Shapiro are proudly touting him as the star of Shut In.

“Daily Wire Lures Vincent Gallo Out of Retirement for ‘Shut In’ Thriller,” screamed the conservative entertainment site Hollywood in Toto. Journalist Christian Toto excitedly crowed about how the “unabashed Republican” will “flash his darker side” in the movie.

The film debuts Feb. 10 as an exclusive paywalled Daily Wire production. Between now and then, expect tons of “Vincent Gallo’s one of us!” hype.

And lastly, if you wanna give Ben Shapiro your money to see the BJ guy because you think somehow that makes you one of the “cool kids,” knock yourself out. As a bad-movie aficionado, I’m not one to lecture (I’ve never seen Casablanca but I know every line of dialogue in Nightmare City by heart).

But my suggestion, as a veteran of Friends of Abe trying to help rightists learn from our failures, is—resist. Don’t respond like a Pavlov-pup. Make this kind of thing unprofitable. Demand that deep-pocketed publicity-seeking rightists who flash their money put it to actual good use, exactly what we didn’t do in FOA.

Billionaire George Soros continues to buy up DA’s offices across the country in order to flood our streets with violent criminals. His money goes toward the murder of Americans. You’d think this would be a priority for those on “our side” to oppose. But no. There’s no rightist anti-Soros. See, that’s the bad news I mentioned at the top of the piece. We have no one, nothing to counter Soros, whose policies take innocent American lives daily.

All I can do is suggest that you rethink those priorities.

But I don’t foresee a happy ending…at least not for anyone but Gallo, who seems to only take roles that guarantee them.